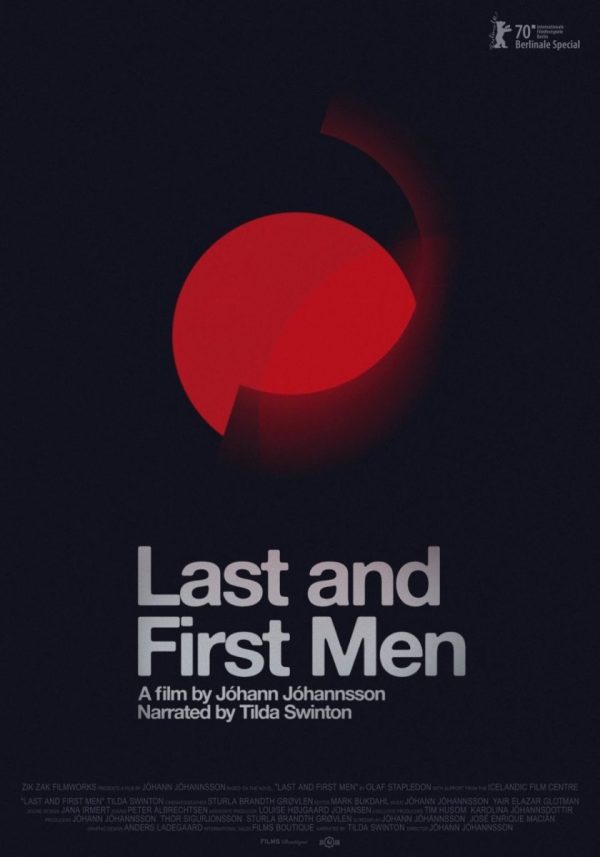 Two billion years into humanity’s future, a narrator outlines the similarities and differences between those still surviving and exploring the galaxy, and the people of today. 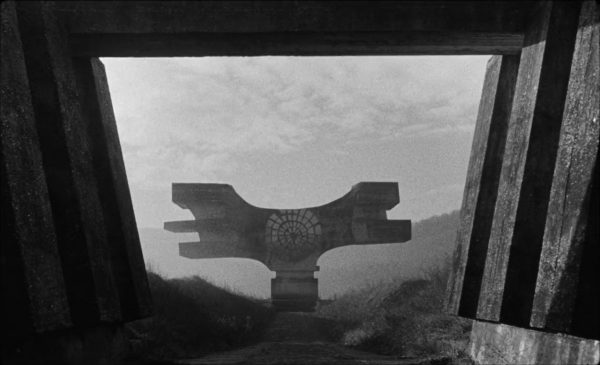 It is awfully rare that a science fiction film aims to find the truth of what will be. We are used to horror and action elements within the genre – big budget epics that exploit the unknown for all it’s thrilling and shocking possibilities. As such, to label Last and First Men as mere science fiction would do it a disservice. Certainly, it is rooted in futuristic wonder, but it plays as more of a speculative documentary, explaining the history of the world from very far down the timeline. Niche enough to be a talking point in its own right, the film is leant extra significance by the fact that it is the one and only feature helmed by Johann Johannsson, renowned composer of a number of Denis Villeneuve’s films, as well as The Theory of Everything, among others. Completed after the filmmaker’s tragic death in 2018, it is a piece that speaks volumes of the untapped potential of an auteur sadly lost.

“Listen patiently”, the cool voice of a narrating Tilda Swinton opens, more an invitation than an instruction. Listen is all you can do, for the exposition that follows is entirely gripping. Johannsson adapts Olaf Stapledon’s book of the same name, sharing the point of view of one of the Last Men, detailing the path of humanity from our time to theirs. Two billion years in the future, the world may seem bleak at first: seemingly giant monolithic structures occupy the frames of the slow, sweeping cameras, captured entirely in black, white and grey tones. But Swinton’s dulcet tones enlighten us to something altogether more hopeful: the differences of these unrecognisable, evolved men, and how we might assist them. 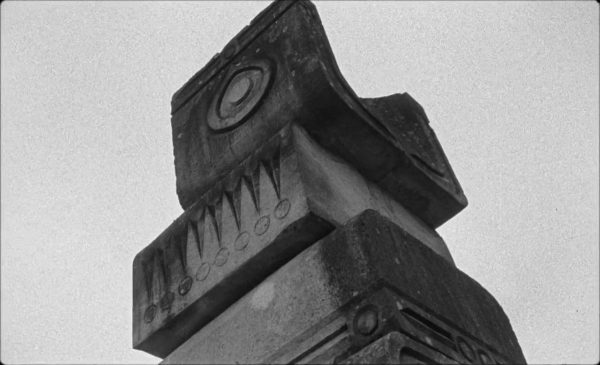 For those looking for excitement and entertainment, disappointment might be found instead. Visually, the images on show can seem repetitive – the crawling zooms moving that little bit too pensively. The homages to 2001: A Space Odyssey are not particularly well hidden, and the whole thing has an undeniably melancholic feel. There isn’t anything particularly sad in the narration, but the combination of the grey imagery and the lamenting violins of the score can overpower at times.

Indeed, it may be difficult to get past the lack of any sort of character or plot development inherent to standard storytelling. But Johannsson never promises normality, and carefully allows for total immersion in his intriguingly crafted world of tomorrow. As you might expect from an Oscar nominated composer, there is huge sonic importance, and what the score does is so much more than provide background feeling – however tinged with sadness that feeling might be. It is as if the music becomes a character in itself; just like the Last Men, it is fighting to be heard and understood. 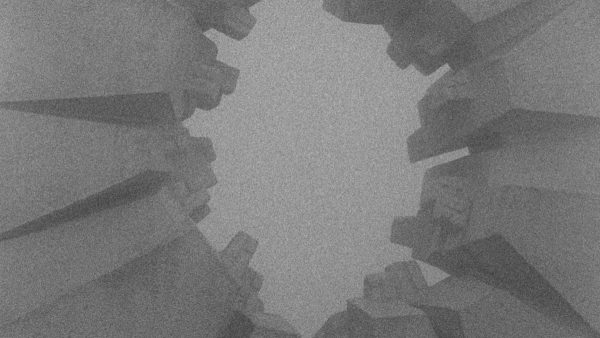 In some ways, Last and First Men is like a very good audiobook. Swinton’s immaculate delivery adds punch to what is otherwise an interesting monologue of a film, just as our favourite audiobook narrators should. And that could be enough for some filmmakers. Worse still, in the hands of some, this could have become a garish CGI nightmare – literally depicting what is being described. Instead, Johannsson trusts the power of the words, refusing to distract with anything other than slowly creeping greyscale imagery. The veritable magic of this piece, though, lies aptly in Johnasson’s ability to imbue the score with such a range of emotion. The balance between audio and visuals is something few directors can even claim to have aimed for. Yet, in what was his last and first feature, Johannsson caught it.