A daughter, mother and grandmother are haunted by a manifestation of dementia that consumes their family’s home. Skillful storytellers can take a familiar setup and spin a narrative that feels brand-spankin’ new. Case in point? Natalie Erika James’ Relic. Successful filmmakers benefit from unique, impassioned perspectives, like James’ take on dementia, heritage, and mortality. Common themes that have long bothered humans as seniority inches closer by the second, and yet James still finds a wholly compelling vision of inheritance horror that had me desiring a rewatch of Lulu Wang’s The Farewell to lighten my mood.

James and co-writer Christian White pen any family unit’s worst nightmare. Mother Kay (Emily Mortimer) and daughter Sam (Bella Heathcote) head to grandmother’s house (Edna, played by Robyn Nevin) when neighbors voice concern over her lack of public appearances. Edna eventually wanders home, as Kay finds her in the kitchen with dirty feet after wandering in only a bloody nightgown. So begins the process of vetting retirement homes and grappling with the tough decisions we must make for those we love, except Edna may not be who she says anymore. Whether that’s because of illness or something more sinister is the question.

What James commands is a special kind of inescapable terror. There’s no slasher villain or made-up curse over Edna’s household. Relic is about our aversion to passing onward, coupled with a caretaker’s duties even when the person staring back is unrecognizable. Pain is potent because chances are we’ve all experienced something similar. Enter the familiarity mentioned previously, which establishes an immediate connection that resurfaces past experiences, or, worse yet, stokes the reassurance that this situation could happen in our future. Someday, without warning, as finality comes for us all. Relic is never manipulatively hollow, nor does James overcomplicate her representation of cognitive deterioration. Choices in visual storytelling never mean to throw audiences. A mold infects Enda’s house, coupled with bruises on her skin. The physical manifestation of corrosive rot devouring Edna’s home is easy to understand and astoundingly effective, as the aching woman can only watch as murky splotches taint everything she knows. Photo albums covered in black goop to suggest the erasure of memories, the deepest hallway recesses crumbling due to structural decay. Metaphors are literal, on-screen depictions overt, and James’ earnest acceptance of gut-punching realities is devastatingly graceful. The kind of ruination that’s inescapably profound based on nothing but raw expressions of life’s darkest moments.

Through the performances of each leading lady, Relic elevates above what could have been just another macabre lullaby spun around death. Emily Mortimer is every adult who had to watch their heroes, their parental protectors, succumb to humanity’s ugliest exit while feeling helpless. Robyn Nevin plays the part of halfway-there victim, rendered incapable by momentarily lapses of confusion while still comprehending the rapid approach of her expiration. One who needs post-it notes to remember that toilets need flushing yet resents her daughter’s controlling demands, the other a heartbroken woman possibly staring at her ill-begotten future. Compassion morphs into frustration and is met with anger, neither side knowing how to reach amicable terms. Both actresses find love in their breakdowns and panics, without misrepresenting the utter helplessness on both sides. It’s beautiful, tragic, and punishingly poetic.

Bella Heathcote’s youngster foil adds the hereditary sucker-punch of cyclical inevitability, as three generations realize that there’s no escape. Edna’s house is revealed to have been built using parts of an even older in-family estate, where a former patriarch lost his mind and died alone. The mold covers this repurposed window, infects Edna, and poisons everything she touches. There’s hope in Heathcote’s performance as she learns through Kay’s selfish distancing how to handle the scenario better someday, but with that comes an even heftier haymaker. As the camera scales into an overhead shot at one point, framing all three women lying in bed, we see links in a chain. A condition passed down, bonding mothers and daughters in a gauntlet of emotional suffering and a battle no one is ready to face or embrace. 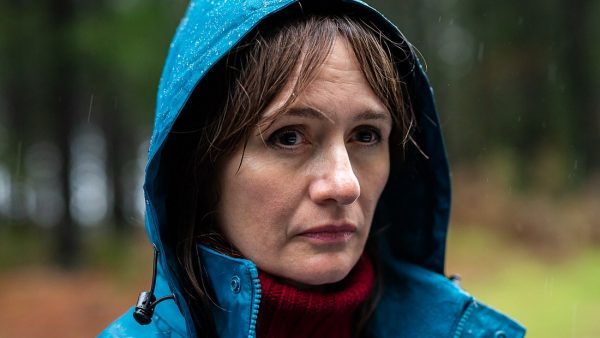 Everything about Relic is what defies the basest preconceptions of “senseless” horror cinema. Natalie Erika James conjures a moving love-letter to those who’ve ever witnessed the horrors of mental depreciation in those we cherish. Equal parts traumatizing, cathartic, and achingly beautiful. All these reactions can be simultaneous, as this is the complicated truth about what it means to wake up still breathing. Nothing is guaranteed, nothing is owed, and our time is precious. James doesn’t shy away from feelings of gaslighting in patients who comprehend not their disabilities, yet she still finds a genre-primed framework that holds us close while we quiver and whimper. These tears are real because it’s impossible not to have a personal reaction to Relic in some form. That, dear reader, is the truest testament to what Ms. James accomplishes by using horror as the sprawling empathetic medium it can be when molded by gifted hands.