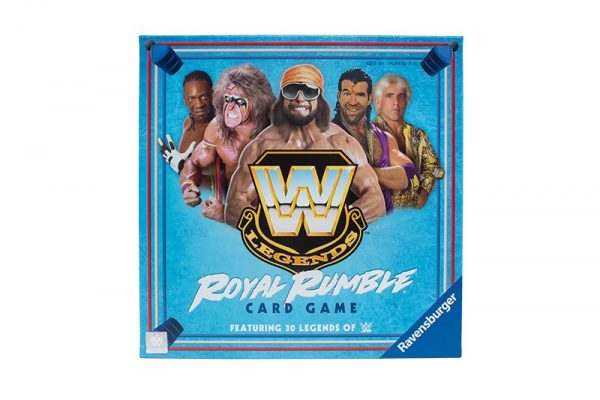 Ravensburger has announced the upcoming release of WWE Legends Royal Rumble, a new card game for up to ten players and featuring thirty fan favourite legends of the squared circle as the battle to be crowned winner of the iconic Royal Rumble match.

Players use hands of action cards — including attacks, defenses, signature moves and “cheap tricks” — to deal out damage and throw opponents over the top rope; eliminated Legends are then replaced with new ones from the deck, and when the Legends run out, the last player standing is declared the champion. 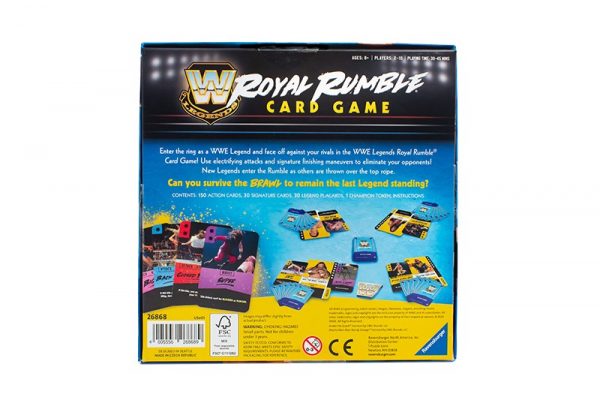