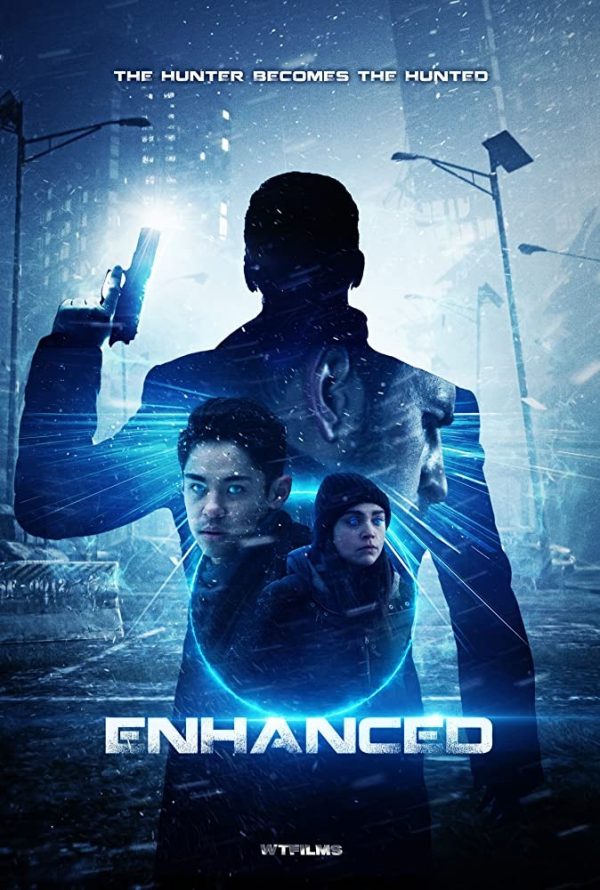 A young woman with enhanced abilities finds herself hunted down by a sinister government organisation. But when an even stronger enhanced serial killer emerges on the scene, agents and mutants are forced to question their allegiances.

Most superhero movies are so impossibly grandiose that there’s a clear audience interest to see the genre tackled from a more modest, lower-budget perspective. But if we’re being brutally honest, just how many genuinely good low-fi cape films can you even name? Sadly, James Mark’s Enhanced joins the long list of forgettable me-too superhero joints which fail to add anything interesting to the wildly over-saturated genre.

George (George Tchortov) is a member of a secret black ops unit tasked with capturing mutants who were created as a result of an ill-fated scientific experiment and now harbour major genetic enhancements. However, the alpha of all the mutants, David (Chris Mark), won’t go quietly into the night, instead endeavouring to murder each of his fellow mutants in order to absorb their powers. One of the test subjects, Anna (Alanna Bale), then reluctantly teams with George to bring David’s killing spree to an end.

It’s giving Enhanced far too much credit to even whisper it in the same breath as X-Men or Jet Li’s giddily naff early 2000s actioner The One, because this film isn’t a might as well-crafted or purely fun as either of those. From its very first scene, there’s a thick SyFy vibe in the air, with its generic shot selections and outrageously programmatic placeholder dialogue, largely resembling a slipshod TV pilot for a low-budget superhero series.

It is at its core a king-size grab bag of genre cliches, with plenty of typical hand-wringing about whether the mutants are people or weapons, and victims or victimisers. Bafflingly, little attempt is made to actually differentiate the infected or offer up a tantalising array of powers; outside of David and Anna, every other super-powered character is largely a copy-paste facsimile, further draining the scenario of its potential dynamism.

Indeed, for a film with some idea of how to stage an action sequence, it is entirely failed by its script, full as it is of pages-long exposition drops, “funny” character banter and howlingly hokey, sub-WWE one-liners like “This is your last chance / No, this is your last chance.” The hilariously clunky, unnatural dialogue might not curl the toes quite so much were Enhanced not so utterly humourless as it barrels through a warehouse full of sci-fi movie tropes, leaving not one undisturbed.

While the moment-to-moment direction is totally anonymous, director Mark does at least stage around 10-15 minutes of compelling enough action. Within the realm of the film’s evident constraints, the fisticuffs are capably shot with relatively dynamic camerawork while ensuring audiences never lose spatial sense of what’s happening. This shouldn’t be terribly surprising, however, considering that Mark and his brother/star Chris Mark both work in the industry as stunt coordinators.

This seems to suggest that the brothers perhaps came up with a few neat action sequences and then hastily reverse-engineered a plot to wrap around them. But of course, sporadic slivers of well-executed action are rarely worth suffering through a weak whole, and outside of its fights Enhanced is little more than lousy sci-fi action hokum which commits the cardinal sin of being intensely tedious.

Though the cast largely doesn’t make a dent, Alanna Bale deserves credit for trying her damnedest to bring some honest-to-God emotion to this thing. Though she can only do so much, it’s an over-the-odds effort and one which suggests she’s deserving of far beefier roles than this.

An aggressively beige, laughably self-serious superhero movie which feels more like a low-budget TV pilot than an actual movie. Even at 99 minutes long it’s interminably dull, and boldly dares to end by threatening the audience with a sequel which, surely, hopefully won’t ever come to fruition.