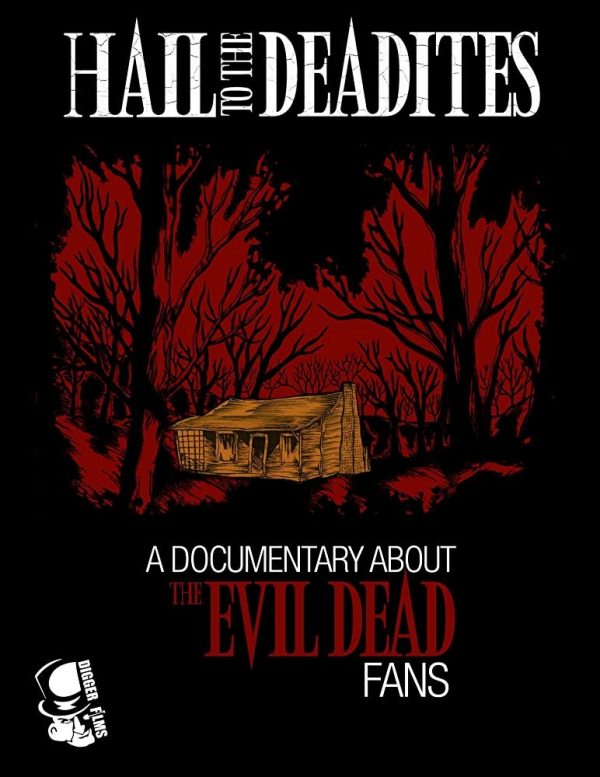 A documentary about the fans of the Evil Dead films, exploring the classic franchise’s undying and ever-growing popularity. 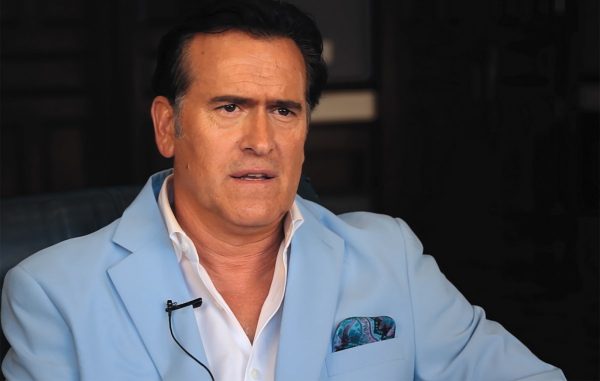 “Everything you see in the next 80 minutes was created by Evil Dead fans,” promises the opening title of this unashamedly doting love letter to both the Evil Dead franchise and the fandom itself, better known by one all-encompassing moniker – the Deadites.

Filmmaker Steve Villeneuve traipses across a series of horror conventions and festivals to interview not only the cast and crew of Sam Raimi’s three-movie cult horror franchise, but also the uber-passionate devotees and tireless collectors who count themselves among its fanbase.

While Villeneuve’s film is a strictly for-the-fans affair – and why would it be anything different? – he sensibly decides not to rehash making-of stories most fans have heard countless times before, training his focus more intently on the interplay between the creation and its audience.

Indeed, Hail to the Deadites is, true to its name, a tribute to the fans above all else, tracing how the trilogy has seeped into their lifeblood in ways both weird and wonderful. An adorable focal story sees a young couple get married with the help of the trilogy’s special effects artist Tom Sullivan, and in another aside a man details the heartbreaking story of his late baby son, whose fighting spirit resulted in him being named Ash.

And if Villeneuve’s film is any great success, it is surely in wringing the humanity out of a past-time which can so often seem obsessive for no sake but its own. Yes, there is a lot of time devoted to the exhaustively committed convention attendees and cosplayers – not to mention those responsible for creating an Evil Dead-themed musical – but at its core the doc is a celebration of the bond great media can generate between people. 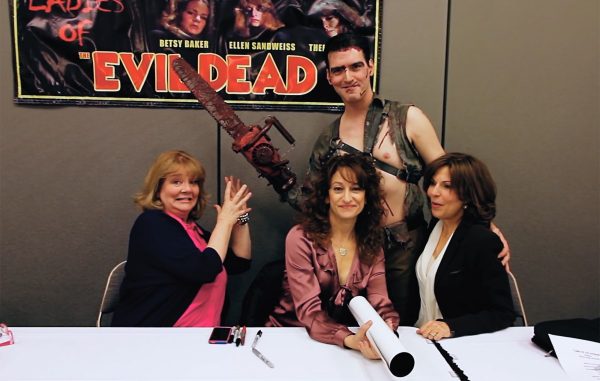 Sure, some of the subjects are presented in tangential, scarcely relevant ways as if to fill time – especially a contest winner who desires to meet as many members of the series’ cast and crew as possible – but just enough heart spills from even the most nebulous participant to make this an easy sit for the initiated.

Much of the doc is comprised of cast and crew interviews with the likes of Bruce Campbell, his brother Don, Tom Sullivan, Bill Moseley, and Ted Raimi, though sadly not Sam Raimi himself. There’s an amusing consensus of surprise among most of the interviewed cast members that the films ever earned such a loyal fanbase, the reasons for which this film could’ve perhaps done a better job of exploring.

Still, Villeneuve smartly decides not to show footage from Raimi’s movies themselves, but rather substitute it for fan films and homages to the trilogy, ensuring we’re not subjected to endless cutaways to scenes we’ve all witnessed dozens (if not hundreds!) of times before.

If it lacks much of a critical approach to either the movie or the horror community itself, there are at least light touches on how pathologically obsessive fandoms of all kinds can be. Yet despite the alarming potential of any one person’s devotion to a single IP, the doc seems to suggest The Evil Dead has spawned a fountain of positive energy more often than not.

A cute fan-doc preaching shamelessly to the converted, but for hardcore Evil Dead acolytes, this lightweight film should serve as solid comfort food.