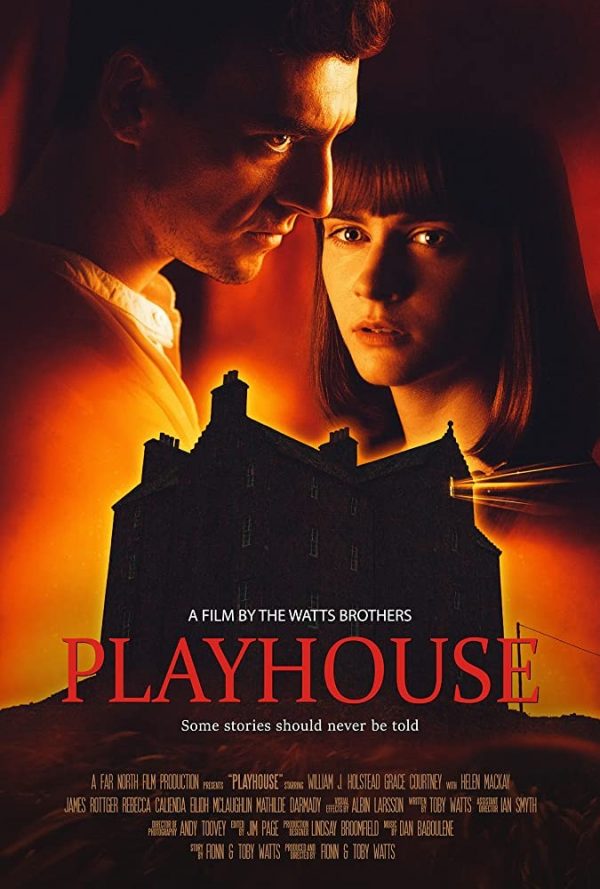 In a remote Scottish castle, an irreverent writer faces terrifying consequences when his daughter falls prey to an evil curse lurking within the walls. 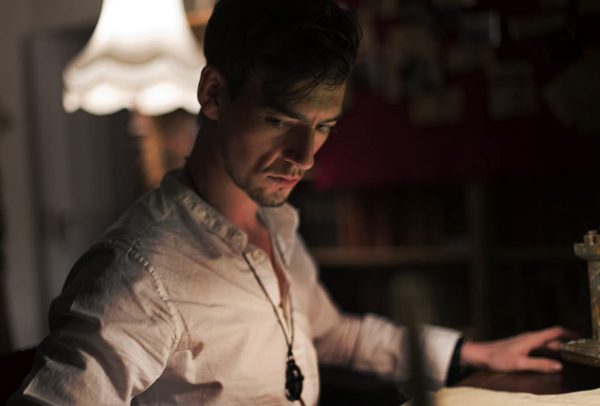 Ghosts of the past are thoroughly exorcised in this chilly chamber piece which lands somewhere between the vibe of a Hammer Horror joint and The Shining – and I mean that in the best way possible.

Eccentric horror playwright Jack Travis (William Holstead) has moved into a huge Scottish castle with his daughter Bee (Grace Courtney) as he gets to work on his new theatre show set to be staged within the castle itself. However, as the castle’s troubled past comes to light, Jack and Bee find themselves targeted by supernatural forces residing within the walls, all while their neighbour, Jenny (Helen Mackay), considers her family’s own fraught history with the haunted abode.

While it’s fair to say that Playhouse‘s log-line isn’t anything you haven’t heard before, it is a story brought to evocative life by the Watts brothers’ atmospheric filmmaking. The airy, remote Scottish location cuts a striking figure from minute one, serving as a ripe canvas for the pair to tell their story of generational trauma and the pains of creativity. 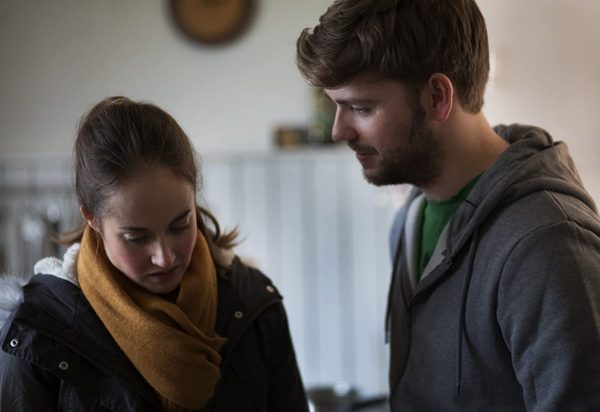 Despite its 87-minute runtime, this is a measured slow-burn of a horror, slowly detailing Jack’s descent into maybe-madness as the house begins to lock him in a vice-grip the deeper he entrenches himself in his inspired-by-true-events play.

Tempting as it is to call Playhouse minimalist, it’s just so well-stocked with shrewdly selected elements that loudly announce themselves to the audience, from the top-notch location to the slick, confident visual presentation, and fantastically cast ensemble.

For much of the movie there are several clear avenues for this ghost story to go, as the Watts brothers gradually increase the subtly creepy inflections rather than steadily ramp up the overt incident. Indeed, don’t expect much in the way of CGI beasties here, as it only really builds to a pronounced climax-with-a-capital-C once we’re deep into the third act – and that’s a good thing.

Rather, it’s more-or-less staged like a play throughout, teeming with restraint as it foregrounds witty dialogues between its central quartet of characters. As author Jack, William Holstead is a loquacious, velvet-voiced delight, offering up a portrayal of a “quirky” author that doesn’t quite see him chew the scenery as Jack’s sanity unravels, but certainly sees him lap and nibble at it. 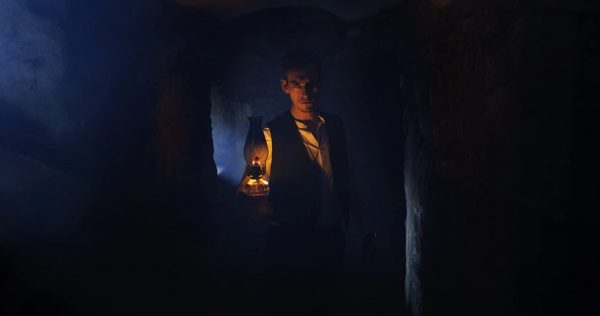 As his interminably miserable teenage daughter Bee, newcomer Grace Courtney is splendid, while elsewhere Helen Mackay gets to carry most of the movie’s emotional baggage – and she’s absolutely up to the task – as their neighbour Jenny, and James Rottger is spot-on as her dour partner Callum.

With a firm handle on its tone and atmosphere, Playhouse builds a slow head of unease, taking absolute advantage of its memorable setting and cast to elevate supernatural shenanigans which wouldn’t work quite so effectively in lesser hands. As a calling card for the Watts brothers this is a striking feature debut, while also serving as a sharp showcase for its small ensemble.

With a killer location, an exceptional cast, and tight direction from the Watts brothers, Playhouse offers up a taut riff on a familiar haunted house premise.