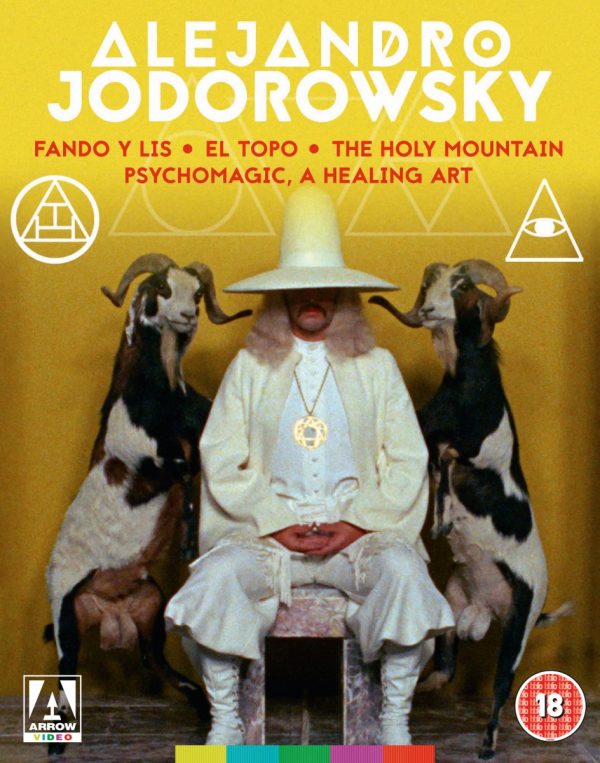 Box set featuring restored cult favourites by Chilean director Alejandro Jodorowsky, although quite what they are about is anyone’s guess.

You often hear about things being ‘Marmite’ in a reference to the yeasty spread – you either love it or you hate it – and if that particular adjective were to be aimed towards any filmmaker and their body of work from the past 50 years then Alejandro Jororowsky and the collected works in this box set from Arrow Video are definitely in the running to be crowned with the title of being the ultimate Marmite.

Coming to prominence in the late 1960s with El Topo, essentially a spaghetti western filtered through a 1960s anti-establishment lens and peppered with religious and occult imagery, which went on to become a mainstay of what became known as the Midnight Movie circuit – it could quite easily claim to have started it – and was shown across the world in various fleapit cinemas at any hour of the day or night to an adoring crowd eager to lap up its surreal and nonsensical narrative. 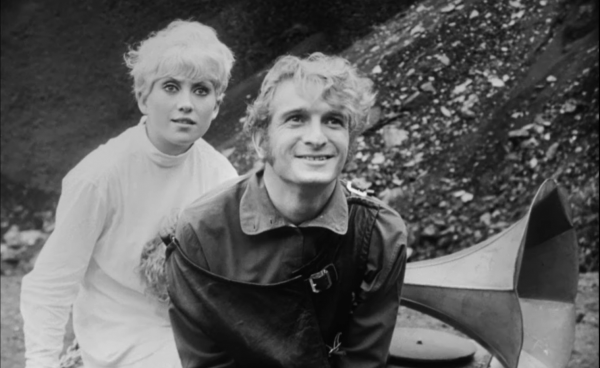 However, El Topo is not the first movie in this set. That honour goes to Fando Y Lis, Jodorowsky’s 1968 feature length directorial debut, and if you think his first feature is going to be an easier ride than what came later then you are surely mistaken. The plot, such as it is, is actually based on Jodorowsky’s recollections of Fernando Arrabal’s play of the same name, which sees a man and his paraplegic lover roaming across a post-apocalyptic wasteland in search of the mythical city of Tar, where they may reach enlightenment. It sounds like a basic and somewhat coherent plot until you place it in the hands of Jodorowsky who puts his characters through hell – almost literally- as they come across scene after scene of bizarre people doing weird things for no apparent reason. It’s a style and an idea that will get repeated, albeit with bigger budgets.

El Topo followed in 1970 just as the spaghetti western trend was beginning to tail off and the director puts a final nail in its coffin as nobody was really going to follow up Jodorowsky’s disassembly of the style with any real credibility as where do you go after you’ve been through the mind of a provocateur with a camera and no boundaries? 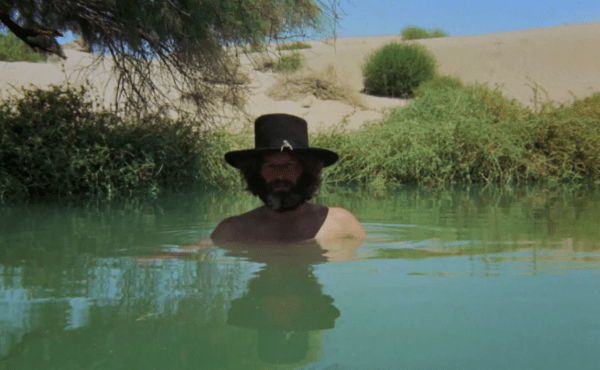 Jodorowsky followed up El Topo with The Holy Mountain in 1973 and proved that success wasn’t going to water down his style as the film satirises pretty much every contemporary social, political and religious way of thinking you can come up with as Jodorowsky plays a mystic who brings together a group of people to try and teach them enlightenment (again) and lead them to the titular holy mountain. Again, it sounds simple but don’t you bet on having a comfortable ride as the filmmaker employs a few tricks – other than just being plain weird – to try and fool you.

To be honest, these movies have been dissected and appraised hundreds of times over since they were first released and there really aren’t enough hours left in our lives to try and figure out what Alejandro Jodorowsky is attempting to say. There is a good chance he isn’t actually trying to say anything other than the usual ‘everything you know to be true is a lie’ and tries to reduce our expectations to a series of brutal and peculiar images that might make more sense individually but when strung together with a (very) loose narrative they become uncomfortable viewing, and not in a positive way. 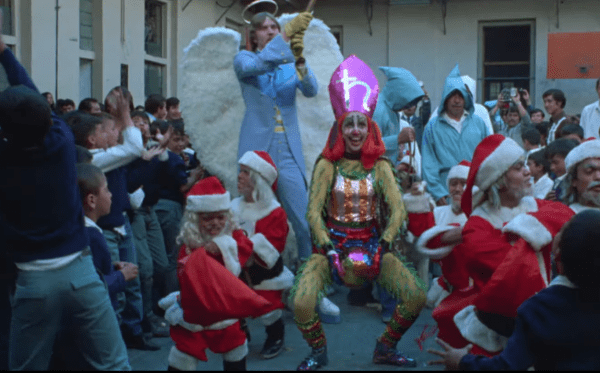 And if you need further proof as to Jodorowsky’s left-field ideas then Arrow have included his 2019 documentary Psychomagic, or Psychomagic, A Healing Art to give it its full title, where the filmmaker guides you through his methods of trauma therapy where psychological wounds are healed through certain artistic performances that trigger the unconscious mind. Much like his movies, your enjoyment/tolerance of Psychomagic will depend largely on your personal belief system but it is probably best just to view it as an extended extra feature and leave it at that (although a lot of people do get naked if that helps).

Ultimately, this is a box set for hardcore fans looking to own these movies in a pristine print with a few decent extras thrown in to give an extra bang for their buck, and those people will be rewarded for their fandom with exactly those things, but casual viewers, mainstream audiences and those with a general fondness for entertainment and storytelling in a linear form will find very little here to enjoy, in the traditional sense of the word. There are also plenty of commentaries and interviews with Jodorowsky himself, along with many collaborators, to delve into that fans will appreciate but anybody looking for an insight or an explanation for any of the movies won’t find them here. That is part of the charm of filmmakers like Jodorowsky – see also David Lynch, Frederico Fellini, Lars Von Trier – that their work is challenging and you either get it or you don’t, and whilst you cannot fault the technical qualities of these movies – they are all well shot and the 4K restorations looks superb, especially El Topo and The Holy Mountain which pop out of the screen thanks to some dazzling colour schemes – enjoyment of them is extremely subjective; put it this way, if you have never seen a Alejandro Jodorowsky movie and know nothing of him then blind buying this set is a very high-risk gamble. 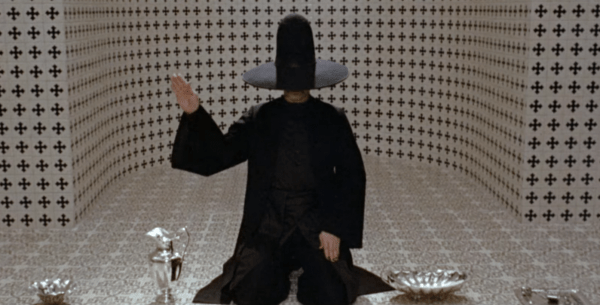 Except for Psychomagic each of the movies comes with an introduction from American film studies professor Richard Peña, and in his introduction to The Holy Mountain he references a scene where a character turns another character’s faeces into gold and hands it back to him. Peña interprets this as Jodorowsky commenting that ultimately good has to come from within and we must look into ourselves if we are to achieve anything worthwhile; he may have a point but another way to look at it is that people will buy any old shit if you package it up and present it to them in a slightly different way, and Alejandro Jodorowsky – for all of his cult Midnight Movie filmmaker credentials – seems to know this and relishes in it. You have been warned.