The producers behind HBO’s award-winning hit series Chernobyl are looking to scare viewers all over again with a brand new series. HBO announced that they’ve granted a series order to The Baby, a comic horror series from Siân Robins-Grace (Sex Education) and Lucy Gaymer (Gangs of London). 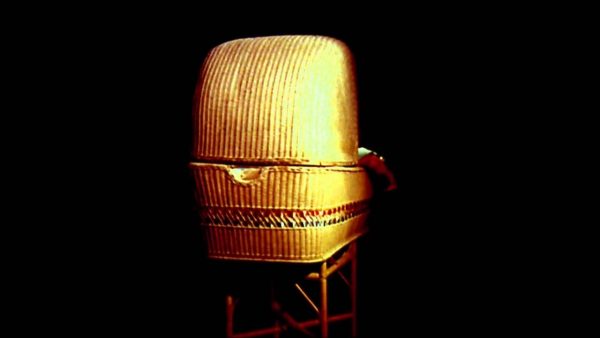 In the press release, The Baby is described as a funny, raw examination of motherhood as an institution: a set of unspoken rules that affect women differently depending on how they’re viewed by society. The synopsis reads:

When 38-year-old Natasha is unexpectedly landed with a baby, her life of doing what she wants, when she wants, dramatically implodes. Controlling, manipulative and with violent powers, the baby twists Natasha’s life into a horror show. Where does it come from? What does it want? And what lengths will Natasha have to go to in order to get her life back?

“With The Baby, we want to explore the powerful anxiety around the question of whether or not to have children,” said Siân Robins-Grace and Lucy Gaymer. “The ambivalence of not knowing, the bafflement at everyone else’s certainty, and the suspicion that the whole thing is one millennia-long scam. We’re thrilled to be working with such a phenomenal team of producers to help us bring this weird baby into the world with HBO and Sky.”

“Siân and Lucy’s exploration of motherhood is as funny and resonant as it is twisted,” said Amy Gravitt, Executive Vice President, HBO Programming. “The Baby gives voice to all the women who just don’t know. We’re thrilled to be partnering again with Jane Featherstone, Carolyn Strauss, and our friends at Sky.”

“We are so inspired by the horrific and hilarious vision that Siân and Lucy have for The Baby and fell in love with Siân’s script the moment we read it. Natasha and the baby are two rare beings who we can’t wait to bring to life,” noted the SISTER Team.

The Baby will have a one-season run of eight episodes and is a co-production between HBO and Sky. The series will be filmed in the UK in 2021.