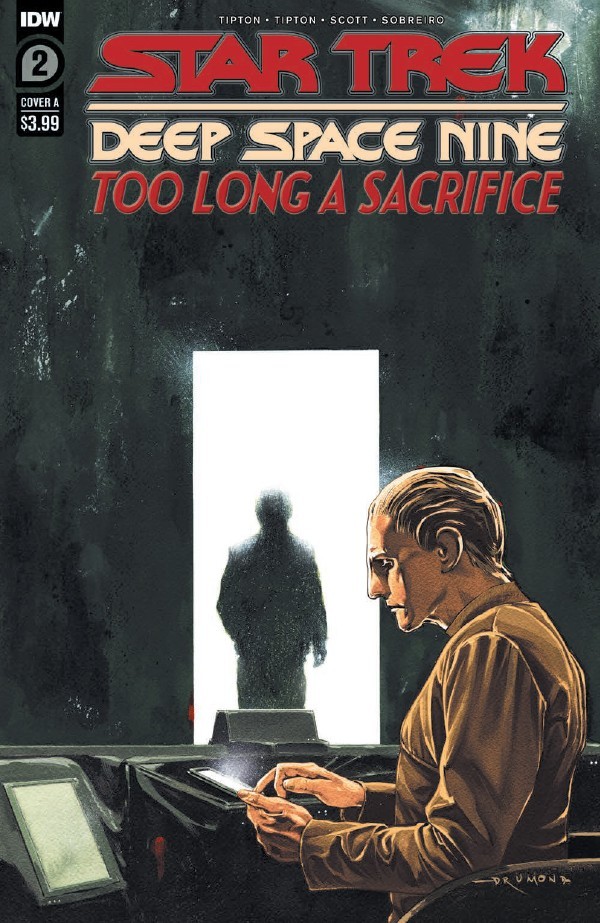 Scott and David Tipton return with issue #2 of this extra special IDW Publishing release “Too Long a Sacrifice”, which brings more ‘lurking death’ to the shadows of Deep Space Nine.  There are so many twists, turns and hidden mysteries attached to these macabre murders that this series could honestly be given the new moniker of Terok Noir.

With Constable Odo and Worf already working on the terrorist attack of the Bajoran Replimat, to which all fingers currently point towards an innocent-pleading Quark, the body count slowly begins to grow along with the list of suspects as now Garak is dragged into the spotlight.  Though, even with a shakedown of the station’s less-that-savoury occupants, this doesn’t stop the number of suddenly departed from growing.   So when it significantly impacts the Federation’s strength in the ongoing Dominion War, the Federation themselves step in.

Too Long a Sacrifice #2 is quite honestly an excellent read; the Tipton brothers are weaving a fantastic Star Trek mystery here, in which there are several suspects laid out in front of us and even though we know they can’t be involved in these murders, I’m already planning out how they could have been. 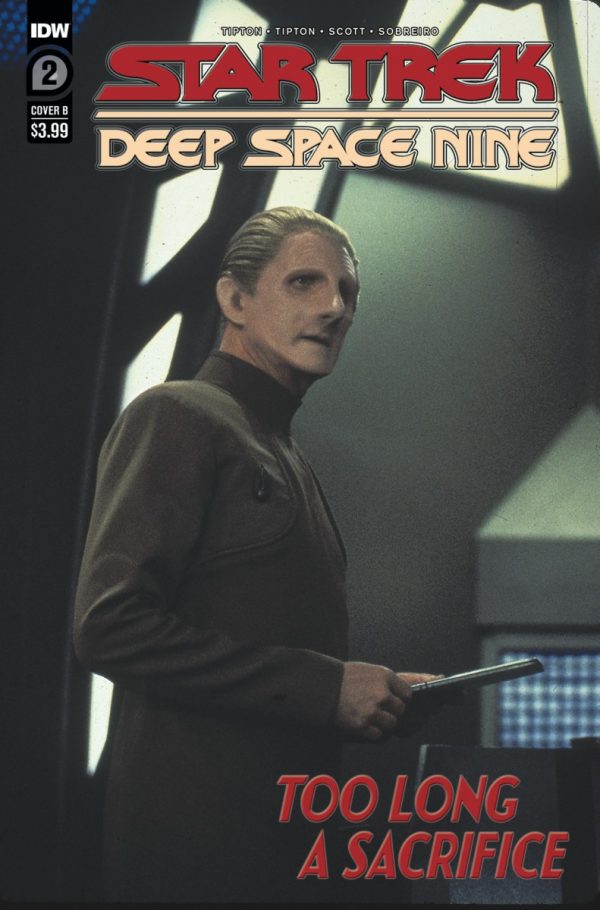 What is especially clever within these pages is that outside the windows of Deep Space Nine the Dominion War is raging, yet the Tiptons have grounded this tale in a twisting murder mystery.  A mystery in which – that even here in issue #2 – I’m utterly loving it and desperate to see where they [David and Scott] are taking us.

However, as with issue #1, I’m still not sold on Greg Scott’s art; the misshapen faces for his characters are just not for me.  From panel-to-panel I prefer my characters to not all look like Odo sliding into his bucket.  At one point, when the Federation special guest arrived, I thought it was Chief O’Brien’s dad in one panel.  *Spoilers* It’s not *Spoilers*.

Too Long a Sacrifice #2 is an excellent comic book for Scott and David’s story alone. I’m not a fan of the art, but I can easily let that go just because I’m truly invested in where this is going.