ABC’s mockumentary sitcom Modern Family ended its 11 year run last April. The bittersweet finale saw the Dunphy-Pritchetts splitting apart and starting new chapters of their lives. While they may not all be living under the same household or near each other, they will forever be one big happy “modern family”. The series received 3 Emmy nominations for its finale season: Outstanding Guest Actor, Outstanding Directing and Outstanding Sound Mixing. It’s worth noting that the show’s sound mix has been Emmy nominated 11 consecutive years, with 3 wins. The episode nominated this year was “Finale Part 1”, mixers include Brian Harman, Dean Okrand and Peter Bawiec. We spoke with Peter about his work on Modern Family as well as his other projects, Roland Emmerich’s Midway and the podcast, Blockbuster. Read the exclusive interview below. 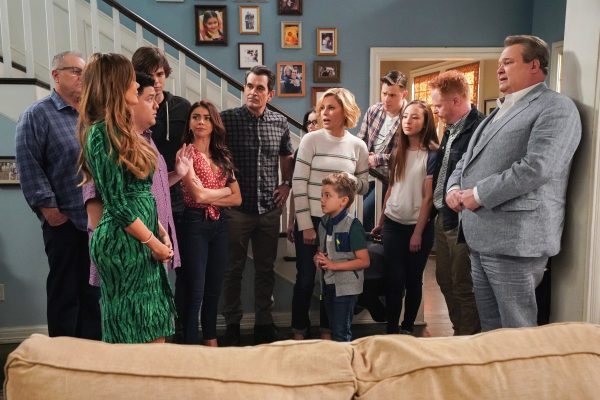 First off, congrats on your current Emmy nomination for Modern Family!

Thank you! It’s an incredible honor to be nominated among such incredible projects and along with such a terrific team.

You are a sound designer and re-recording mixer for film and TV. For audiences that aren’t familiar with this field, can you explain exactly what you do?

When movies or TV shows are filmed, the only thing that’s being recorded on set is the dialogue, so everything you hear apart from the spoken word is essentially created from scratch by the sound team later in post production. But nothing is accidental. Take for example the way a neighborhood can sound: is it warm and inviting, or is it raw, gritty and dirty? We think of it in the context of how we want it to feel. You could make the same filmed location sound completely different, and that would have an impact on how the audience experiences the film. The sound designer is often tasked with crafting the broad strokes of the picture we paint, including the big “set pieces”. A re-recording mixer in turn is the person who takes those sounds, together with all the dialogue, music which comes to be hundreds of audio tracks, and blends all those sources to play in harmony with each other and with the picture, making the craft imperceptible to the audience.

Modern Family has been on the air for 11 years and been Emmy nominated every year. Why do you think the sound stands out so much to Emmy voters?

While there are some incredible shows out there, Modern Family has to be considered through the lens of its genre: a mockumentary sitcom. This immediately says to the sound team: whatever we do—and we do a lot!—it has to be imperceptible. The audience needs to be 100% tuned into the characters, the comedy and the drama, without noticing everything else that we as filmmakers are doing to achieve the illusion. In 11 years, Modern Family has in a way defined a sonic style of communicating with its audience that is based on subtlety, and simplicity, because, as they say, less is more. 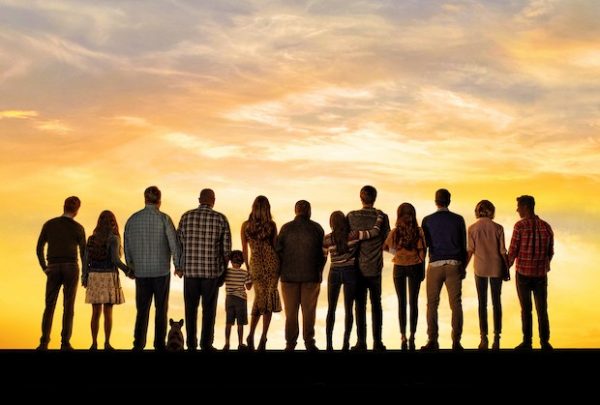 You mixed the final episodes together with Brian Harman and Dean Okrand. Do you each specialize in certain aspects, or how do you decide who is going to do what?

Dean Okrand and Brian Harman have mixed the show from the beginning and are really the true artists behind the scenes here. Dean focuses on the dialogue and music side, and Brian on all the sound effects, design, foley and backgrounds. For the season finale we took a slightly different approach: I took over the dialogue and music while Dean became the supervising re-recording mixer being in charge of the entirety of the mix – after his 11 years of mixing the show, it was an honor to be able to mix under him.

Do you have a favorite Modern Family episode you’ve worked on? Why is it your favorite?

Surprisingly the one we are nominated for (Finale Part 2) is a wonderful homage to the legacy of the show. It finally resolves some of the main themes and puts a final bold period at the end of the sentence. At least for me, emotionally it leaves me complete.

Who is giving you your direction on Modern Family? The showrunner? How much involvement does the showrunner have in your job?

Yes yes and yes! The mix process in TV is slightly different than in films and it is a collaborative process between executives, showrunners, picture editors, and directors. 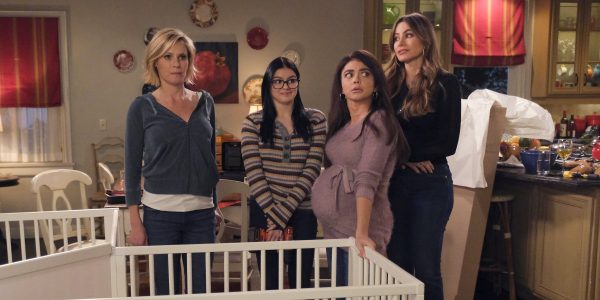 You are the sound designer on the podcast, Blockbuster. Can you tell me more about this podcast?

Matt Schrader, with whom I had an opportunity to work on Score: A Film Music Documentary approached me with an idea of making a podcast that would essentially be a movie without picture: a cinematic experience for your ears. While there are some narrative podcasts out there, none really approach the production from that angle. It was a wild idea but I loved it and we went viral pretty fast with season 1 becoming Adweek’s Creative Podcast of the Year. Season 1 was about the story and friendship of Steven Spielberg and George Lucas, which, honestly, is an incredible story. Season 2 which is currently being released weekly is about the journey of James Cameron.

You have also worked very large films, such as Roland Emmerich’s Midway. How is your job different on Modern Family, then on Midway?

The key difference comes from how detailed, intricate and specialized we sometimes need to become in our work. In case of Midway we’re talking about historical accuracy, massive war sequences and the production value set pieces that have to be matched with sound. The need to paint details with finer brushes is much higher as the scale of the production grows and in consequence the time needed to accomplish these tasks is much longer. In the end though, the foundation of the work is the same: we tell stories with sound! 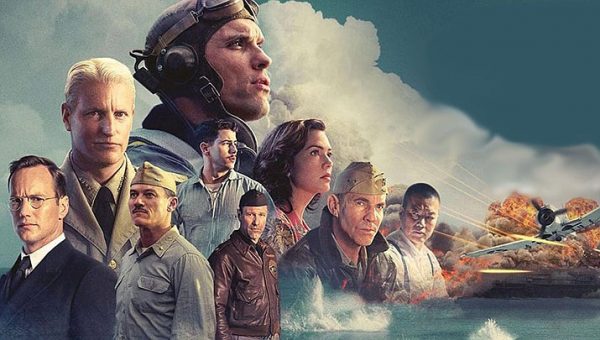 What are you working on next that you would like to discuss?

I recently wrapped the mixes on the upcoming Universal movies American Pie Presents: Girls’ Rules and Tremors: Island Fury which are coming out soon. We’re already in development of the next season of Blockbuster Podcast so you’ll be hearing more about that soon too!

Many thanks to Peter Bawiec for taking the time for this interview.