Binge-watched everything on Netflix and Hulu during this time at home and looking for something new? A film worth taking a second look at, that has become all to relevant right now, is Brendan Kyle Cochrane’s crime drama Equal Standard starring Ice-T, Tobias Truvillion, Syleena Johnson, Chris Kerson, Brad Fleischer, Rob Minutoli and Robert Clohessy. The film synopsis reads: An NYPD Detective is shot by one of his own, benevolent brothers in uniform. Communities are ignited – to march for justice. Gangs put their differences aside – for a united fight, an equal opportunity. “That people not be judged by the color of their skin but for the content of their character.” The movement and unity impacts City society and leads to a Blue Wall intervention within the Police force. White cops lust for change and act on it – by flushing out racism. Not an easy fight. In the end, what was considered impossible, became possible. Adding to the intensity of the film is the original score by composer Ben B. Goss. Ben does a great job of heightening the tension, while accentuating the character’s emotions. We spoke with Ben in-depth about creating the film’s score, read the exclusive interview below. Ben’s Equal Standard score is now available on iTunes and Amazon. 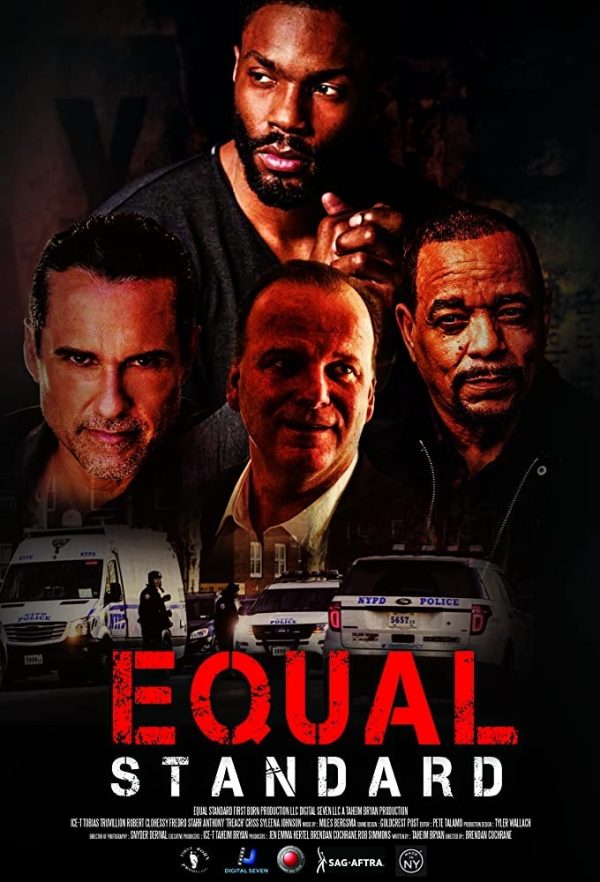 How did you initially get involved with Equal Standard?

I was approached by director Brendan Cochrane after he listened to my work and asked me if I would be interested in scoring Equal Standard. He thought my writing and style would be a perfect fit for the film. They were in finishing stages of post-production and the deadline was tight. After discussing the film and exchanging some ideas with Brendan (director), I was very excited and started writing, developing ideas immediately. The film is very emotional, inspiring and with a strong message which made the ideas come quite quickly.

How would you describe your score for Equal Standard?

The score is a mixture of small intimate orchestral sections and electronic modulated sounds, very emotional, fervent and inspiring. Coming from a classical background I decided to use more solo woodwinds like bassoon, oboe, clarinet, flutes which are infrequently used in today’s scores to create that sweet blend and texture. I used a lot of quartal harmony, which adds that ambiguous and suspense sound.

Brendan Kyle Cochrane is the director of Equal Standard. How involved was he with the score? Did he have a very specific idea of what he wanted the score to sound like?

Director Brendan Cochrane is a veteran in the film industry with great experience and knowledge and definitely helped in the scoring process. I always relish the idea of collaborating with the director on creating the sound world, the sound spectrum, and the sound environment of the film. He gave me some key words, we talked about the film, the themes and the atmosphere he wanted to create and yet left me with full creative freedom. I use every means at my disposal to create a score that is as strong and powerful to enhance the director’s vision for the film. The first cut I was given was with a Cliff Martinez temp music which made me a little bit nervous. He is one of my idols and trying to create and write something that would replace the temp music was challenging and very exciting. Director Brendan wanted me to follow the story and emotions and try not to reveal anything with the music. 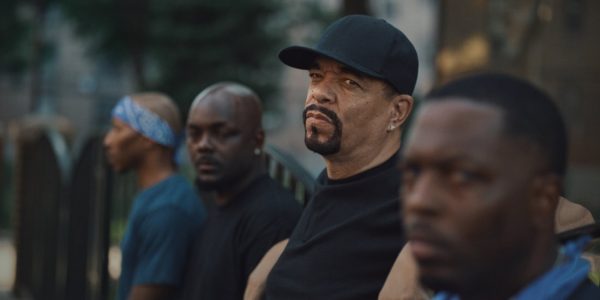 Musically, what is your favorite scene in the film?

There were quite a few scenes that felt musically key to the film because the film is shown from a couple different perspectives and there were several very important culminations that I had to musically enhance. As I go back now, I would say the very last scene with Dr. Martin Luther’s speech was my favorite. Super inspiring and touching.

Ice-T stars in the film and also serves as the Executive Producer. Being that he is a huge name in the music world, did he have any input on the score?

I am a huge fan of Ice T. He is a hip hop legend and an amazing actor. Even though he was very involved in the process of making and producing the film I was left with full creative freedom and trust writing the score. It was just a pleasure being part of this amazing team.

The topic of this film has become very relevant recently, giving what is going on in the country. Do you think the film has gotten more attention because of this?

I wish this was just a fictional story, but it’s not. The film was written and shot before things escalated, but it really portrays the situation we are in right now. I’m not certain if the film has gotten more attention because of the situation, but it definitely should. It has a very strong and powerful message about racial injustice, discrimination and police brutality which shall not have a place in this country and the rest of the world.

Who would be your dream director or showrunner to collaborate with?

That’s a tough question. There are so many amazing directors and story tellers out there. The emotion a director wants their audience to feel is what determines the tone of the film score. I mean from Christopher Nolan to Tod Phillips, Guillermo del Toro and many more, working with any of them would be a dream come true.

Is there a genre that you haven’t gotten to work in yet, that you would like to?

Going into unexplored or less explored territory it’s been always exciting and challenging for me. I’ve never scored an animated movie, which is something that I would love to do. This is a genre that I think gives the composer a chance to do their best work. There are logical and thematic differences that make the experience stand out.

What have you been binge-watching during this time at home?

Watching movies and shows is part of my daily routine. Lately, I’ve had some spare time to go back to watch and analyze some of the greatest classics. Besides that, I recently finished watching Peaky Blinders which is one of the best shows I’ve seen lately. I just couldn’t stop for days 🙂 The last film a saw was Greyhound with Tom Hanks, a great score by Blake Neely.

You can learn more about Goss at www.bengossmusic.com

You can also rent Equal Standard on Vimeo on Demand here: https://www.equalstandardmovie.com/