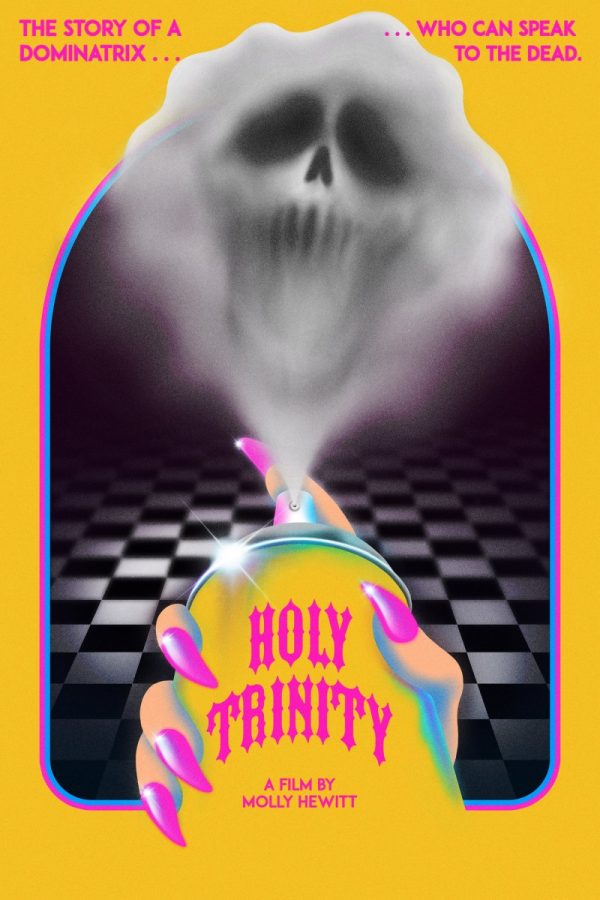 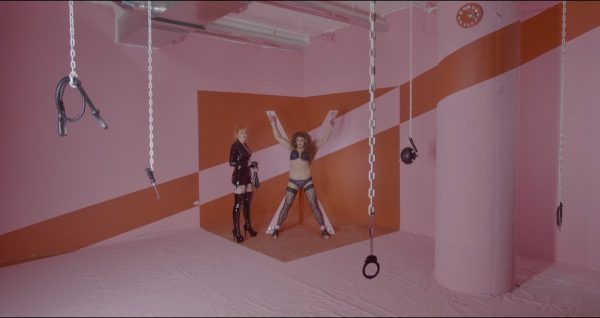 Holy Trinity did something I didn’t think was possible in 2020: it reminded me of a John Waters movie. That’s a very high compliment coming from me.

Molly Hewitt’s Holy Trinity is strange, messy, and a delight to watch. While there’s a few telltale signs of a filmmaker still needing to work out the kinks in their craft, there’s no denying that immense passion and talent on display in this bizarre adventure. With the striking anti-capitalist set design to an insightful look at queer life through a colorful lens, there’s enough on screen here to say Hewitt could be the new face of queer cinema.

What draws me to this and makes me think of the great shock art filmmaker John Waters is the ability to walk that fine line between exploitation and exploration. Hewitt is part of the community she’s depicting in the film, but it’s done to such a heightened and extreme level that it almost feels like a cartoon. Going back to Waters films like Pink Flamingos and Female Trouble, that was the same motif. You’d have wacky characters and situations, but there’s still something grounded in reality, even if the reality is too strange for ordinary folk. 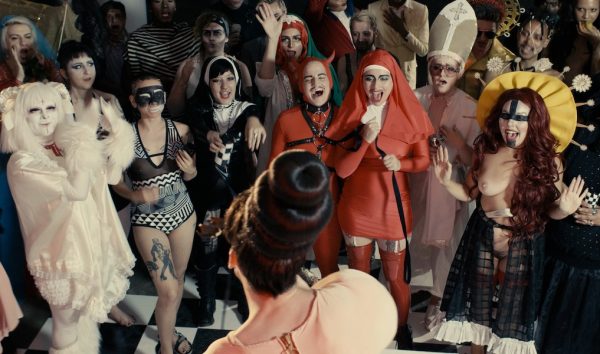 From there, we have a deep dive into the strange and unusual. Trinity is trying to find her place in the world, dealing with her oppressive Catholic upbringing but also trying to figure out how to use her new drug-induced power to her advantage. While it’s an over-the-top story, it still follows a familiar path of storytelling.

What took me by surprise in the film is how wonderfully fleshed out all of our characters feel. Sure, some of them are extreme caricatures, but Hewitt still makes them feel like people we could meet. Trinity is who we follow the most, and she gets the most backstory, but the director also makes sure to show love to people like drag performer Imp Queen and Theo Germaine’s Pet.

Though, I wish they trusted the audience a bit more to figure out these characters and this universe a bit more as Hewitt’s dialogue is a bit heavy-handed at times. Almost everything from anyone’s mouth feels extremely expository, and that makes it feel like some scenes go on a bit too long. Thankfully something wild would happen soon after, and you are distracted by that to even gripe about the dialogue too much. 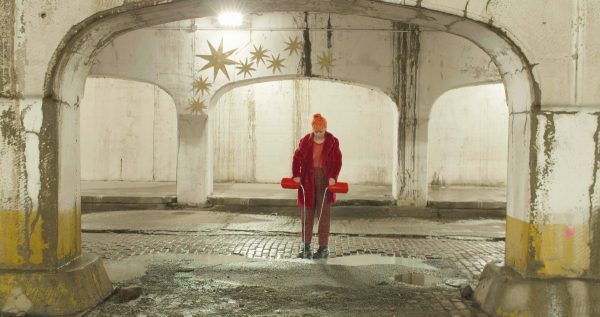 Looking at the film on a technical level is a tale of two stories. On the one hand, the set design and art direction feel out of this world. Everything is so vibrant and pops out at you. For a film discussing some pretty dark things, it’s always depicted in such an eye-catching way. Even the fact they went with all original products in the movie (all created by the film’s fictional evil corporation Glamhag) felt inspired and something commendable.

Same goes with the cinematography, something I found myself admiring as it felt wise beyond their years. The camera delightfully moved around scenes, and they weren’t scared to use long shots or extreme close up to back their narrative choices. So many times in indie films, the camera work is what feels overlooked but not here. The camera was just as much of a character as the art direction and script.

Now, on the other hand, I mentioned the script needs to be trimmed a bit…the same goes with the edit of the film. The pacing is all over the place and feels to jump around a bit too much for me. The opening scene had a lot of flashbacks and would jump around that it took me a moment to get adjusted. That would often happen like we’d start a new scene, and I’d have to acclimate to where we were in space and time. But that’s small problems in a debut film, something Hewitt and crew will easily work out over time. 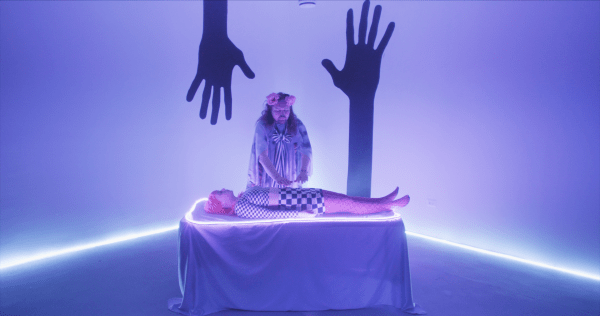 Holy Trinity is the type of debut films I love to see. It’s expressive, explosive, and knows exactly who it’s made for. It takes some filmmakers years to find their voice and audience, but Molly Hewitt comes in with a bold vision of their style.

The last time we saw a “New Queer Cinema” movement in film was the 90s with people like Gregg Araki and Gus Van Sant creating stories for their community. Now, Hewitt is a name we can add to the list of queer filmmakers who are going to make a big splash in this art medium. There’s a bright and strange future coming and films like Holy Trinity are ushering in the era.