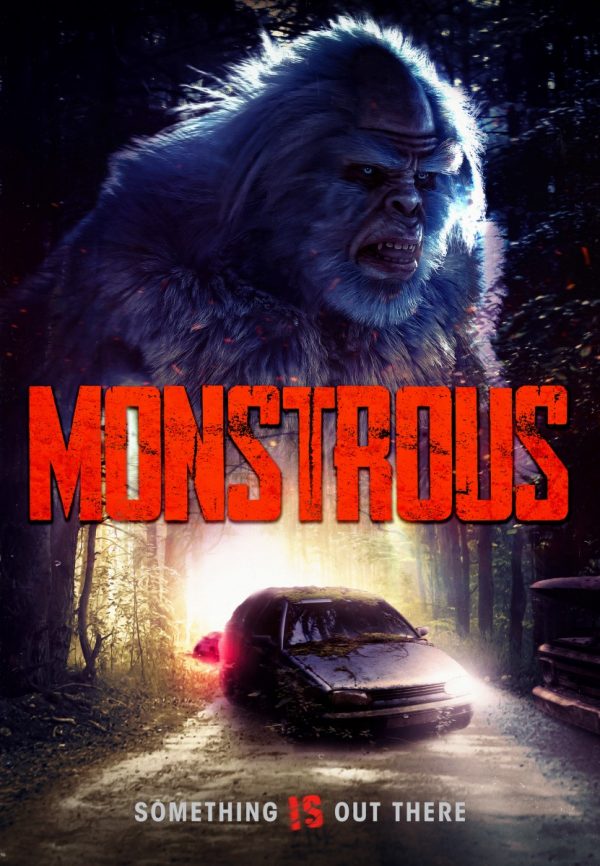 A young woman goes searching for answers after her friend mysteriously vanishes in Whitehall, NY, an Adirondack town known for its Bigfoot sightings. She quickly learns that hiding in the woods is an evil more sinister than she could ever imagine. 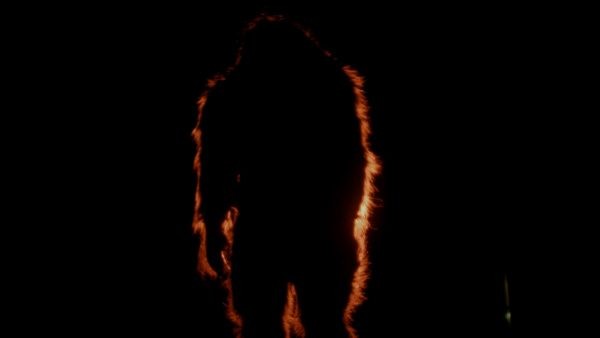 Sasquatch. Bigfoot. Your unshaven uncle at family pool parties. Whatever you call him, this mysterious mountain creature has long stomped through horror films that have struggled to win over audiences. Monstrous is the latest attempt at taking one gigantic step for Biggie’s on-screen representation, but it’s another messy-as-ever attempt. Writer and star Anna Shields takes some severe leaps of faith in her screenplay about Bigfoot, which ends up being a film that’s about how so many other things overshadow Bigfoot’s billing. Ambitious, but ultimately an off-balance hybrid that’s more an on-the-road romantic thriller about the issues behind trusting Craigslist advertisements.

Shields stars as Sylvia, who – after best friend Jaime (Grant Schumacher) gets food poisoning from bad burritos – finds herself driving to Whitehall, NY with total stranger Alex (Rachel Finninger). Sylvia wants answers for the disappearance of another friend, in a town known for its Bigfoot sightings. Alex needs someone to split travel costs. They end up reaching Alex’s isolated cabin, and along the way, become attracted to one another. The ladies, behind the safety of a high-pitched frequency that repels animals, grow closer and closer – until Sylvia begins to question if Bigfoot is the one responsible for the list of missing women whose last known location was Whitehall.

What if I told you Bigfoot almost exclusively appears in the film’s first and last sequences? That’s the fatal flaw of Monstrous. When people go missing in Whitehall, the first assumption is Bigfoot. Director Bruce Wemple aims to show how ridiculous these associations are, and how unfounded when actual monsters are hiding in human skin. It’s, admittedly, a prickly and ponderous narrative, but execution asks far too much of its audience by way of suspended beliefs. 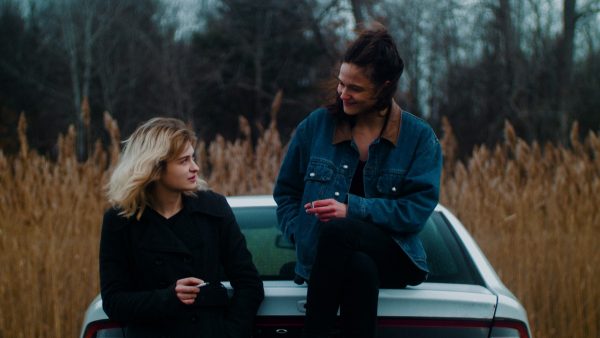 Monstrous is a character study between Sylvia and Alex, who fall into lust after a few hours of highway driving. They share a car, hotel bed, and smooches at this rapid pace that establishes emotional connections out of seemingly nowhere. Sylvia voices logical reasons for doubt, including Alex’s hidden knife, while blind abandon keeps their conspiracy-hunting fantasy alive. Sylvia grants Alex every benefit of the doubt with zero backing reasons. Hence why Jaime, after recovering from his Taco Loco expulsion, drives to Whitehall himself when Sylvia isn’t answering his calls (no service, duh).

From there, Monstrous undergoes a foundational breakdown as the film’s crime drama formulates into the primary narrative focus.

Sylvia’s suspicions morph into paranoia as Alex’s seduction tactics and soothing words start raising eyebrows. Then Sylvia starts snooping around, and clues tease something even worse. Could someone be sullying Bigfoot’s name by framing the creature for their string of serial murders? What a crazy thing to imagine, especially since Sylvia’s friend – who went missing – was last seen getting a ride from Alex to the same cabin in Whitehall. Something Sylvia is aware of, Jamie as well, who arrives at the cabin only to be bludgeoned by Bigfoot and removed from the scenario.

Oh, right, can we talk about the Bigfoot costume real quick? At first, and once or twice more for the quickest of interruptions, Sassafrasquatch is only revealed in pitch-darkness minus a dim light that glows a shadowy outline. In these spurts, the costume works. Later on, in broad daylight? We realize why Wemple’s shot selection kept face-on camerawork off Bigfoot because it’s Halloween-level rubberized. All in a climactic moment where Bigfoot’s finally revealed, Alex and Sylvia’s relationship reaches a violent boil, and Jamie appears once more in ridiculous fashion to hammer home Bigfoot’s role in all the murder, deception, and woodland torture. 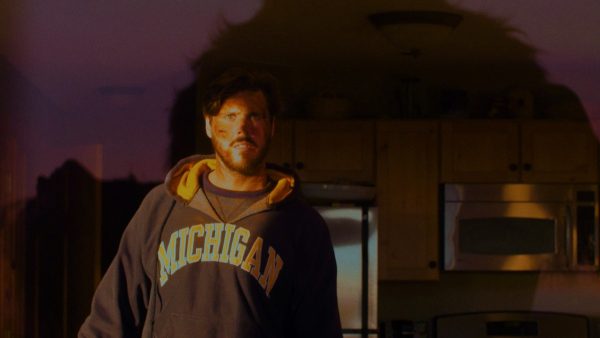 Maybe Monstrous is a creature feature about an aggressive Sasquatch, or perhaps it’s about a lesbian serial killer using an urban legend as cover. Maybe it’s both? In either case, there’s never an amicable marriage between these tangential subplots and worthwhile horror, even with clean cinematography that’s a step above typical indie ‘squatching flicks. It’s far too plodding, even more detrimentally predictable, and yet attempts a third-act twist that’s supposed to sock us like a heavyweight epiphany. Alas, the only thing I kept asking myself was, “Isn’t this supposed to be a Bigfoot movie?” Maybe more footprints and appearances could have elevated this otherwise energyless rumination on our world’s real monsters, not the ones we imagine to feel better.