Tom Jolliffe looks at the diverse mix within Christopher Walken’s career. An acclaimed actor in iconic classics, who has regularly crossed into B movies… 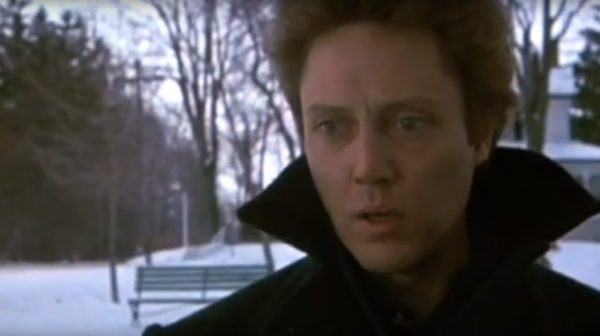 In the 70’s, a number of icons were experiencing a boom. It was an era of almost unmatched creative revolution for American cinema. There was a distinct move to a cinema of pessimism (which eventually became extinguished in the aftermath of Star Wars) which gave the roles to the likes of Robert De Niro, Al Pacino and Jack Nicholson, that would help make them all iconic. Among those greats another name was also making a name for himself. With a distinct look and voice, and a penchant for eccentric, or darkly complex characters, Christopher Walken soon established himself as a character actor extraordinaire. In the tentpole films of the era, he didn’t tend to be the leading man. Perhaps that odd intensity didn’t suit leading man material that was tending to go to Robert De Niro for example. In Deer Hunter, Walken is the backing singer to the more prominent De Niro, but of course by the end of the film, many tended to remember Walken more, given the power of his performance and the role. He won an Oscar as best supporting actor. He was still relatively fresh in the business too and it would mark his first major role.

Walken’s career was launched. Since that time he’s worked steadily and is still a regular fixture as a big screen support specialist, whether it’s quirky characters or antagonists. Memorable Walken appearances have ranged from his scene stealing turns in True Romance, Pulp Fiction, Catch Me if You Can, Seven Psychopaths, to providing the voice of King Louie in Jon Favreau’s version of The Jungle Book. Walken still gets the calls, well into his 70’s. 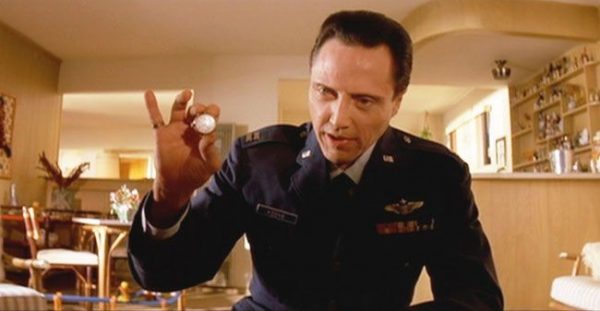 There’s a sense with looking through Walken’s resume, that he picks roles based on how much he’s interested in the concept, or how much fun he might have doing it. A career with 138 credits, many of which are theatrically released films, means he’s not in dire need of money. He doesn’t seem bored to tears by the whole process like Bruce Willis for example. Walken, even now, always has a verve and relish for what he’s doing. Even in his initial boom, the height of his magnetism to studios, Walken was making what might be perceived as odd choices. He had a penchant for horror in the 80’s. Seen as a lesser genre. He’d been giving leading duties in Michael Cimino’s untethered follow up to Deer Hunter, Heavens Gate. The film has become infamous, something of a poster child for director career oblivion. The film isn’t as bad as initially made out, but of course, it wasn’t Deer Hunter. It was just a director with the kind of carte blanche and hefty budget that few had, and like many of those select auteurs before him, got lost in his own arrogance. Despite the disastrous outcome for the film though, Walken wasn’t suddenly relegated to horror. He seemed compelled to do it.

Of course these were not without merits either. The Dead Zone teamed Walken with up and coming maestro of the strange and gruesome, David Cronenberg. It came the same year as Brainstorm, another genre film which saw Walken playing a scientist who helps develop a system of recording and playing back life experiences. The Dead Zone on the other hand dealt with a man who could see a persons death, triggered by touch. A dual dive into the complexities and potential developments beyond our rational knowledge of the mind. It makes an interestingly diverse double bill, with a few strands which run parallel. Very much B pictures, but Walken was also the leading man, given the kind of podium he wasn’t often afforded in the A movies. 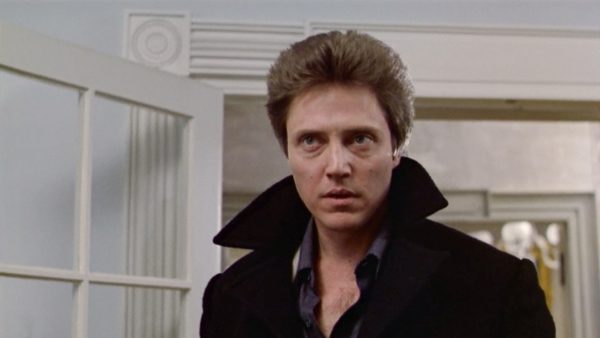 Walken seemed attracted to odd concepts, but also directors with a touch of the maverick about them. He’s worked on a number of occasions with controversial and cult director, Abel Ferrara. Ferrara is one of cinema’s great oddities. He’s a director who can flit between, or occasionally combine within the one film, elements of art-house with exploitation. Films at once brilliant, introspective, and brash and trashy. Their finest collaboration is also one of Walken’s iconic (and somewhat unsung) performances. In King Of New York, Walken has all his trademark charisma and quirks. He’s got that grin, that fiery unpredictability, but there are also great moments of stillness and quiet introspection that we hadn’t often seen from Walken. It’s a great film, not given the dues it deserves as one of the best crime thrillers of the decade. Walken also appeared in what may well push King of New York for the crown of Ferrara’s masterwork, The Addiction. Again, it’s unsung and did something incredibly unique with the vampire genre. Walken came in for a scene, ate up the scenery brilliantly and waltzed off into the shadows. He’s as masterful at one scene show stopping as anyone (see also Pulp Fiction and True Romance). 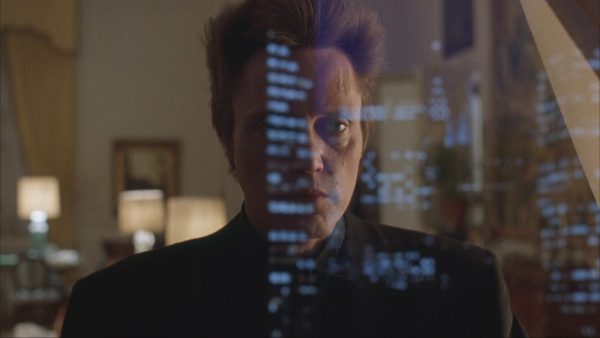 There have certainly been a few more oddities too in Walken’s extensive career. What possessed him to star in Golan and Globus’s Puss In Boots is anyone’s guess. A true stinker in every sense, but perhaps Walken just fancied the role. He also starred (more successfully) in The Prophecy. To say starred is an understatement, he elevated. It’s the kind of horror film that wouldn’t ordinarily have a name as prominent as Walken, short of him being in a major slump, but at this point he wasn’t, he’d just done Pulp Fiction and stolen the film in one scene. Again something was piqued and Walken signed on (and even appeared in a straight to video sequel a few years later).  Though the film was well cast with genre stalwarts like Elias Koteas and Virginia Madsen, Walken gave extra star power which ultimately helped it become a cult hit.

Another interesting entry in Walken’s CV is McBain. It was essentially the kind of film Chuck Norris was making his money doing, in the 80’s. By 1991 it had fallen out of fashion, and Norris was beginning a slow decline to video land. Walken however, was still big profile and also pushing 50. He’d made war pictures but wasn’t known as an action man by any stretch, so this Norris-esque one man badass action film was a very strange choice, almost like a compulsive itch he needed to scratch. ‘I’ll be Sly Stallone/Norris for a few months for the heck of it.’ Interestingly, Walken is both a blessing and a curse to the film. On the one hand, he’s Walken, he’s inherently more interesting than a Norris. He adds quirk and nuance. On the other hand, because they’ve got an ‘actor,’ the film is slowed down a little to include more moments for some dramatic range. The trouble is, the script is rote. An interesting thing about Walken is, though his performing style, with all its distinct quirk and timing, often feels off the cuff, like he could be improvising, he’s almost always sticks completely to script. Some actors given the mere gap to do so will go off and riff, and improvise (Gary Oldman has been known to for example). Walken unless asked to tends to stick to script. So as much as having him on board elevates material, if the script is only mediocre, he can only do so much. Still, to see Walken in a fairly straight up actioner was interesting, even if ultimately its fate ended up being one of those pound world bargain DVD’s. There’s no relation to the infamous Simpsons character either. 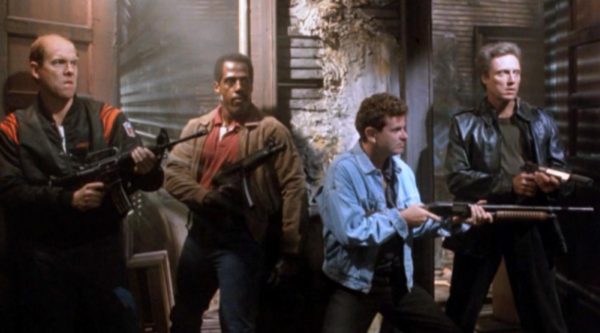 In more recent era that odd eccentricity between roles has continued. He’s also found himself in straight to video fare, as even many of those other aforementioned have increasingly over the years (there’s now so much star power in VOD premieres, and even Netflix specials are essentially that too). In some of the lesser films, Walken still tends to be a welcome presence, a potential salvation. His part in Adam Sandler’s otherwise pretty annoying, Click for example, and having not seen it I can safely guess, Walken is probably the only saving grace of Joe Dirt 2.

What is your favourite Walken performance? What’s the most unexpected film you’ve seen him do? Let us know on our social channels @flickeringmyth…