Daytime TV gets a lot of bad press, but the often laughably absurd and wonderfully bizarre programmes are a secret indulgence of many. These mid-afternoon shows were normally reserved as a rare treat for a dubious sick day off work, school or uni and remained a staple pastime of the elderly and unemployed. However, with a great deal of us spending more time at home over recent months, we’ve had plenty of time to get acquainted with our favourite trashy daytime TV shows again.

In no particular order, we present the cream of the crop of daytime telly here in the UK, both past and present. Whilst not technically a judge in the true legal sense, barrister Robert Rinder has provided enough sassy judgement over the most petty of civil cases that he may as well be given a seat on the Supreme Court. Modelled after successful US courtroom reality shows such as Judge Judy, Rinder’s courtroom plays host to often ridiculous quarrels between friends, family and strangers which could have easily been sorted over a pint or a cuppa. Either way, we’re glad that people remain willing to sacrifice their time and/or dignity to subject themselves to Rinder’s judgement for our entertainment. Fans of the legendary US sitcom were heartbroken when the iconic theme tune by The Rembrandts rang out for the final time in 2004, but they needn’t have been so mournful. Since then, an episode of Friends has more or less been consistently re-run on UK telly. Even people who have never made the time to watch an entire episode, never mind follow the show from the beginning, have probably amassed a fairly substantial knowledge of Friends due to its ubiquity on daytime television. When they said they’d “be there” for us, they weren’t messing around. Best enjoyed in the company of your Nan, although she’s probably a little young to be watching it yet, Countdown is a great way to make yourself feel that little bit less intelligent on a weekday afternoon. As a national institution for nearly 40 years, it’s difficult for most people to remember a time when Countdown wasn’t on, which gives the conundrum based quiz show a nostalgic overture, and at least gives students bunking off university have a chance to use their brains for the day.

Deal or No Deal 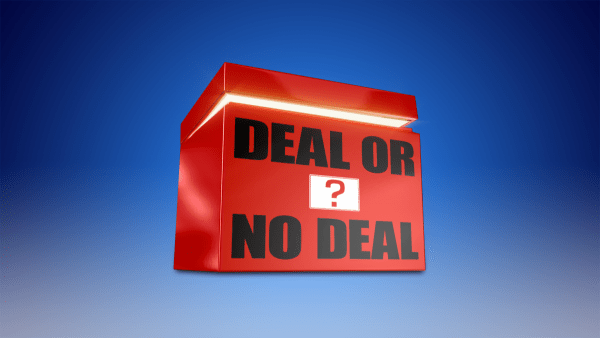 This tea-time special hosted by the unbeatable Noel Edmonds has sadly left our screens for now. Fond memories of schadenfreude are retained however, like watching cocky guests gamble their luck on a box by pure instinct, before being revealed to contain the grand sum of 10p. Deal or No Deal remains a popular franchise around the globe, and has even inspired a Deal or No Deal casino, a Deal or No Deal boardgame, and even a Deal or No Deal mobile app. Expect this classic to appear on Dave, or Pick, relatively soon!

Come Dine with Me Who doesn’t love watching 4 or 5 egotists passive-aggressively berate each other under the context of a formal dinner party? This cooking-cum-reality show pits nosey, nasty and occasionally normal contestants against each other in a bid to win a grand by hosting the perfect dinner party. Occasionally, the guests get on like a kitchen on fire, and remain great friends even after the show ends. Much more often unfortunately, it’s knives and forks at dawn.