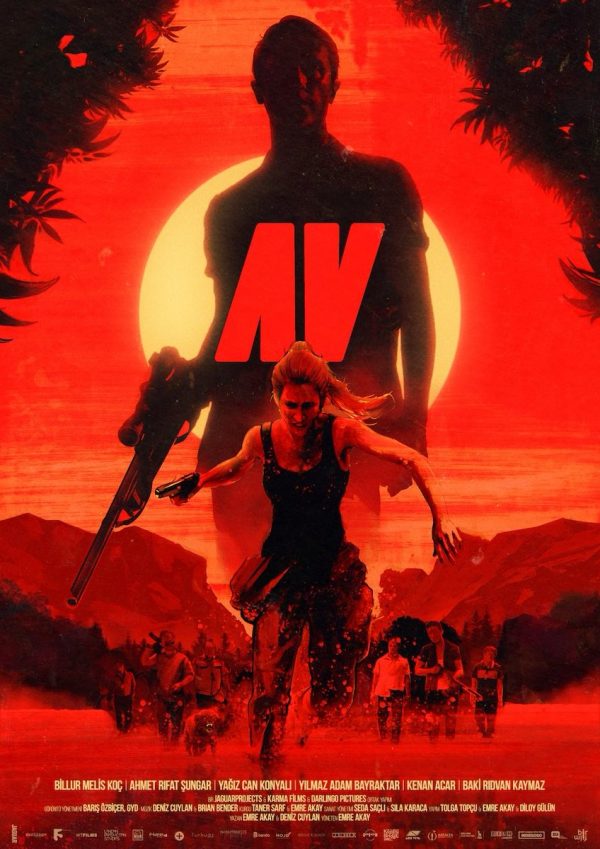 After being caught with her lover, a woman becomes hunted by her own relatives who want to kill her for their family’s honour. 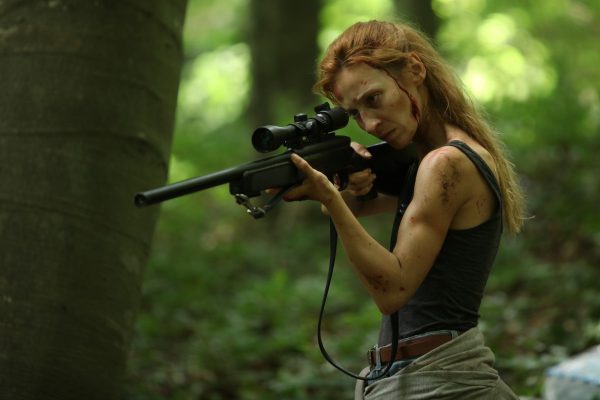 As modern Hollywood seems insistent on shoving Hallmark truisms about the importance of family down our throats, here comes a sinewy Turkish thriller to rubbish that notion, as Emre Akay’s Av: The Hunt examines the nation’s ingrained patriarchal misogyny in blunt, breakneck fashion.

In the film’s very first scene, Ayse (Billur Melis Koç) has a lovemaking session with her partner violently interrupted, resulting in his hasty demise. Ayse, who has been cheating on her husband, finds herself on the run from the men in her family, who are hell-bent on killing her in order to reclaim their sense of “honour.” As Ayse desperately tries to make her way to the safe haven of Istanbul, she is forced to transform from victim to victimiser.

To its enormous credit, this is a film that doesn’t encumber itself with tedious preambles, getting down to business almost immediately. Ayse’s lover is executed within the film’s first five minutes, after which the remaining 80 are a lithe, lightning-paced survival thriller set across a wide sprawl of engaging locations.

When the chase begins, Ayse has no shoes, no trousers, and a bullet wound in her leg, but don’t expect this to be a typical slice of exploitation posing as a feminist revenge thriller. Bar one brief and non-gratuitous attempted rape scene, Av: The Hunt is far too restrained and well-crafted to be mere chintzy schlock. 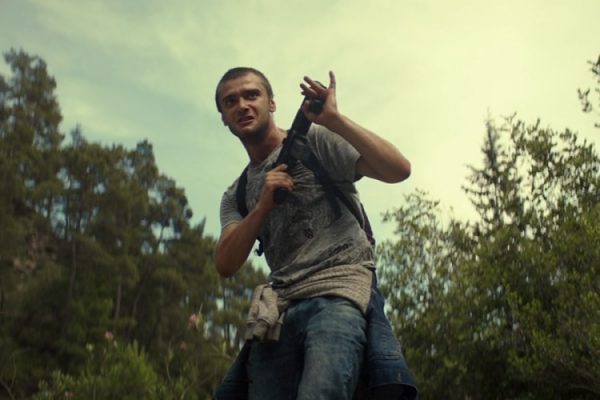 Frightfest’s own tasting notes have compared it to Coralie Fargeat’s marvelous 2017 thriller Revenge, and while apt to a point, Akay’s film is focused on a far more culturally specific brand of misogyny; a patriarchy content to control women’s behaviour in the name of a loftier societal goal.

“Go fix his broken heart,” a cop says to Ayse of her father, underlining a society – a world, if we’re being honest – which forever prioritises the feelings of men over those of women. And in this particular environment, the men have extremely fixed, archaic ideas about what men and women are, which does neither “side” any favours at all.

This thematic context is pitted against an efficient chase narrative in which Ayse fends off a gang of male attackers across a Turkish expanse, both on foot and in vehicles with a variety of weapons, both projectile and improvised. What further differentiates it from feeling like an exploitation film is Akay’s visceral approach to violence; there’s a tendency towards realism over cartoonish flippancy which makes the audience feel every hit and fall.

Though an extremely prolonged suffocation scene is about as disturbing as things ever get, much of the focus is on minor yet potentially debilitating injuries on both sides, eschewing the heightened in favour of the realistic. Ayse’s various combat scenarios are focused more on the minutiae of the engagements rather than OTT gore; there’s a preference for believably clumsy physicality over balletic fisticuffs.

If Ayse wasn’t already an easy survivor to root for – and she certainly is – then she’s capped off by a courageous, physical performance from Billur Melis Koç. While initially wearing the fear on her face like a mask, over the course of the story Ayse grows more confident and ferocious to fight back against her assailants. Koç conveys that transformation about as convincingly as one conceivably could within such a short time-frame.

It’s perhaps quite fitting that the male characters by comparison aren’t much more than antagonistic ciphers, mere villainous props to push the hunt-or-be-hunted story forward. Beyond some observations of how the younger members of the family are evidently being brainwashed into a life of cult-like hatred, they’re just not the focus of this story.

The strength of these constituent elements are further elevated by sharp production values; Akay nimbly switch-foots from boxed-in, claustrophobic camera coverage to gorgeous wider scenic imagery at a moment’s notice.

The sweeping shots of the surrounding mountainous region are especially pleasing to the eye, while confirming that no matter how fast she runs, Ayse is sealed within an immense expanse, far away from freedom. Brian Bender and Deniz Cuylan’s pulsing musical score meanwhile adds a fine compliment, with its combination of a tickling clock motif, screeching violins, and synths amplifying the sense of urgency.

Though it’s fair to say that the rather piecemeal, familiar story is only distinguished by its cultural context and otherwise full of formulaic elements – yes, there’s the inevitable “tense” traffic stop with a cop – Av: The Hunt is nevertheless a gamy riff on the overdone “hunted becomes hunter” premise. The frustrating non-ending may rankle some viewers, though.