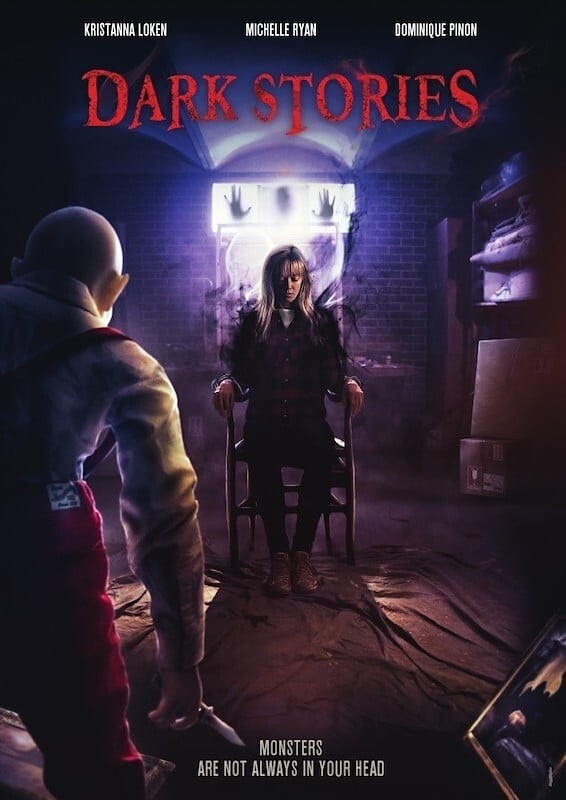 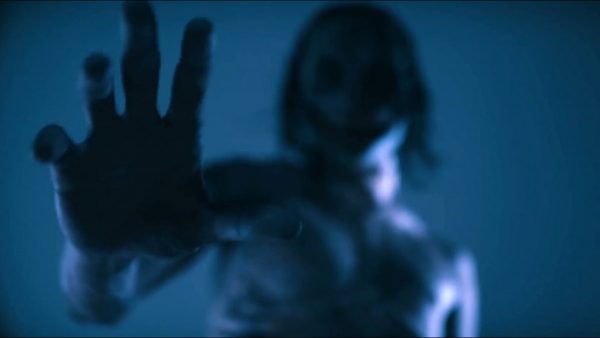 True consistency is rare in anthology films, but François Descraques and Guillaume Lubrano’s Dark Stories does a near-immaculate job presenting a series of five shorts both witty and stylish – with just one limp exception.

The frame narrative follows Christine (Kristanna Loken), a mother who finds herself attacked by a creepy dummy she receives in the mail. As the doll realises she has a son sleeping soundly upstairs, it agrees to stay put if Christine can keep it entertained with a series of creepy stories – think of it as “One Thousand and One Nights” for the horror crowd.

The first of the shorts – which are all untitled, by the way – sees a French art gallery beset by shadowy monsters emerging from its paintings and attacking the gallery’s patrons, namely a young boy named Dani (Noham Moeenuddeen).

Taut and well-crafted, what’s most striking about the short is the impressive visual effects of the warping paintings, and also the rotoscoped, handcranked art design of the “ghouls” which escape them. The cliffhanger ending doesn’t pop quite as much as it should, but it’s a solid start to the anthology. 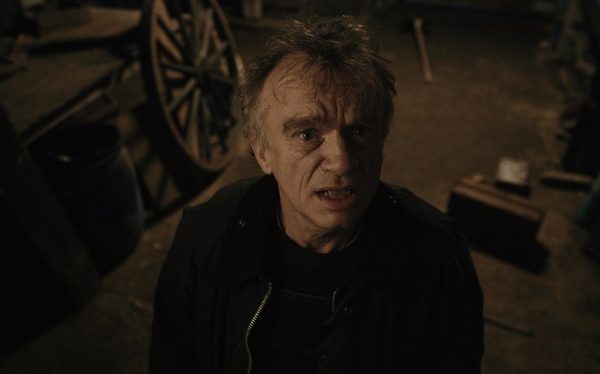 Up second, a jogger, Sophie (Dorylia Calmel) finds herself plunged into a nightmarish world after falling asleep on a park bench. An initially intriguing bait-and-switch which eventually gives way to an avalanche of shopworn, tired horror cliches, this is a dead-standard rollercoaster ride of non-thrills, and easily the worst of the five shorts. Conceptually, it just doesn’t feel refined enough to work.

Third, a zombie wakes up in a morgue drawer, after which he struggles to come to terms with his own death. It’s a killer idea for sure, and one executed with alternate intensity and good humour. Darkman by way of RoboCop, the short sees the undead gentleman attempting to save his family from the gangsters who caused his own demise, leading to some deliciously sinewy body horror beats, aided by impressively seamless effects work.

The fourth short, for sure the best of the bunch, follows Audrey (Tiphaine Daviot), a young woman who comes to believe she’s being haunted by a ghostly Jinn. For anyone who’s ever suffered with sleep paralysis, this short is sure to be mightily triggering, but even outside of that context, it’s powered by strong sound design and a fantastic performance from Daviot, who sells the focal trauma exceptionally well. Right up to its ending, it remains tripwire tense, surprising, and beautifully conceived; this one will stick with you.

The final short sees a documentary filmmaker, Carrie (Michelle Ryan), paying a visit to a French farmer, Jean Luc (Dominique Pinon), who believes himself to be the Messiah. Though not terribly surprising, it’s anchored by a revelatory performance from Pinon as a man existing on the fringes of sanity.

Before the end credits roll, though, the bookending frame story concludes with an extremely amusing final surprise, and one which confirms the prevailing playfulness of the movie’s tone; a grimfest this ain’t.

All in all, Descraques and Lubrano’s anthology boasts not only a stylistic consistency but also an impressively sturdy visual presentation in its own right, topped by shrewdly deployed visual effects. Aside from the second short, which while a bit of a dud is hardly unwatchable, this is a delightfully measured selection box of creative shorts.