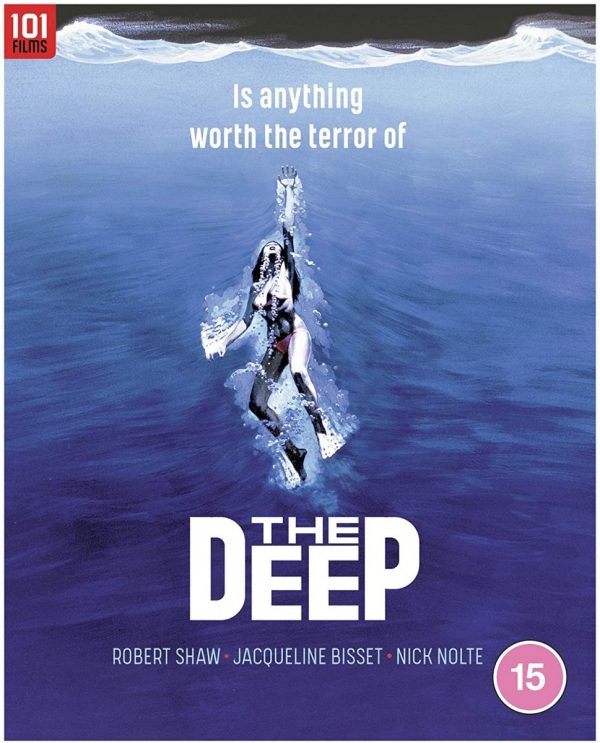 A pair of amateur divers discover a shipwreck filled with drugs and treasure whilst wearing very tight t-shirts. 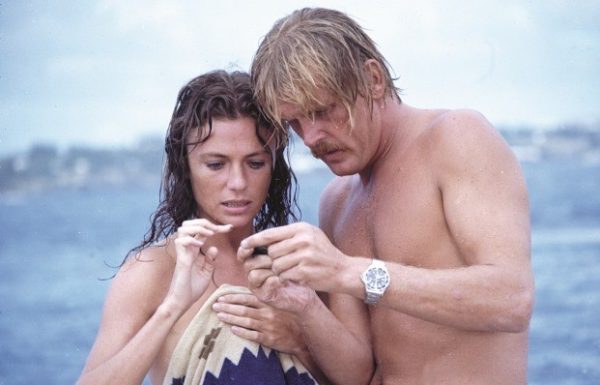 You can imagine the producers of The Deep all gathered round a big flip chart back in 1976 as they plan to make this movie; it would be about… ooh… ten seconds before somebody mentions Jaws and so then they would have to tick all the boxes of what they have to include – sharks? Check. Sunken boats? Check. A weathered old sea dog? Check. How about Robert Shaw? Absolutely. And just for a bit of spice, let’s have Jacqueline Bisset wear a tight white t-shirt as she swims underwater – any objections? Not here.

However, this most titillating of set pieces is the first scene, designed to draw you in before the real plot kicks in and you can play the drinking game of having a shot whenever there is a Jaws reference. The real plot involves Jacqueline Bisset and Nick Nolte playing a couple of amateur divers who come across the sunken wreck of a World War II ship carrying thousands of small vials filled with morphine off the coast of Bermuda. Hearing the good news, local drug kingpin Louis Gossett Jr. (who was in Jaws 3D so take another shot) pops up to offer the adventurous pair some hard cash for their stash but Nolte says “No!” because he’s not seeing the bigger picture of what happens when you say no to drug kingpins. 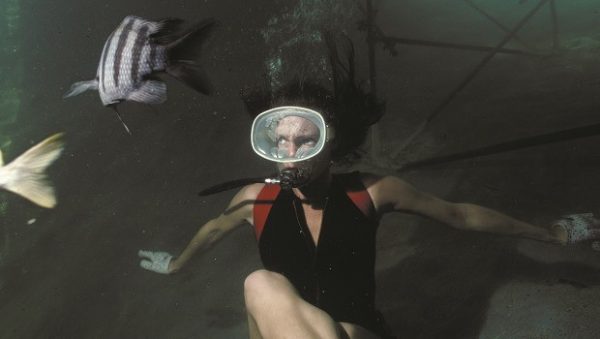 However, Robert Shaw (take another shot) knows a lot about antique items that fall into the sea because he was one in Jaws and so he teams up with our two naive divers to help bring the rest of the drugs to the surface and smooth things over with old Lou. However, there aren’t just drugs down there as Nick has also found some ancient Spanish treasure, making the swag even more valuable. So valuable that the giant moray eel that lives in the wreck seems to know its value and defends that ship as if it were the captain. And then there are the sharks (shot) that appear…

Adapted from the novel by Peter Benchley, The Deep is a fairly plodding adventure that has moments of excitement – mainly the stunning underwater sequences – but never quite gets a momentum going like that other movie based on a Benchley book. Everyone gives good performances and takes the whole thing seriously – including Robert Shaw, despite his character Romer Treece going deep sea diving whilst wearing a shirt and khaki shorts and looking like your granddad dressed in his Sunday afternoon casuals – and whilst you can’t really complain about the quality of the production there is a little too much plot going on, with numerous shady characters coming in and out of the picture and various double-crosses going on, that the 124-minute running time feels a lot longer than it is. Still, it could have been the full three-hour TV cut… 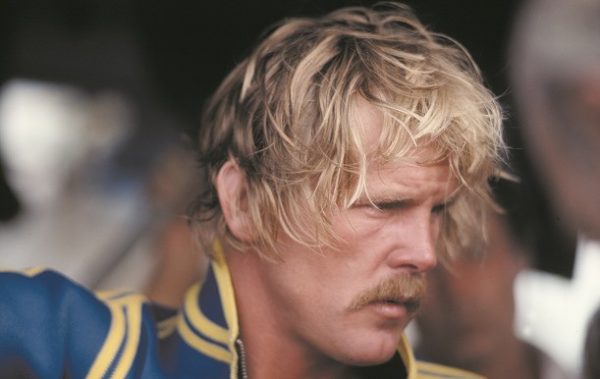 But given that this is the movie’s HD debut in the UK it does look pretty decent, especially the underwater stuff, and when the action does pick up it is handled very well considering the work that went into making it. The moray eel scene provides the necessary jumps and scares, although it is fairly early on in the film and the eel doesn’t get seen again until the end; well, the real eel doesn’t get seen again but the model one they made to devour one of the character’s heads makes an appearance (and if you are quick with the pause button you can see the model placed precariously in the ship wreck as the camera swoops past).

The disc has a few extras for you to enjoy, including an audio commentary from the ever-insightful critic Kevin Lyons, a fascinating interview with underwater art director Terry Ackland-Snow – a man who had never dived before taking control of all of the underwater sequences – and an archival making-of featurette. You also get a mini magazine detailing the making of the film and selected scenes from the three-hour TV version that mainly flesh out Robert Shaw’s character and show you how the World War II vessel sunk, but these scenes were chopped out from the theatrical version for a reason so don’t get too upset about not having the full version in one cut. 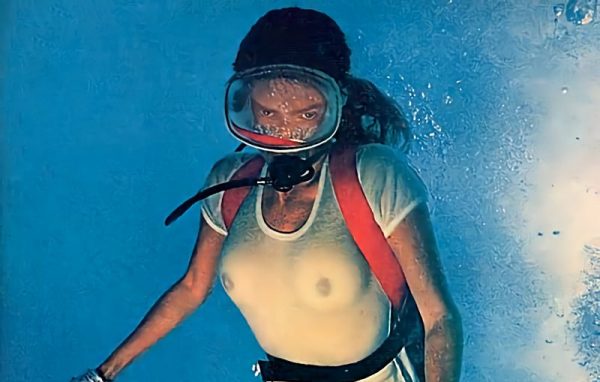 The Deep was clearly a film that got made thanks to the success of Jaws and you get the feeling that, at that time, Peter Benchley could have written down what he did on his holidays, throw in a shark or two, get Robert Shaw to star in it and BOOM! – we have a hit! Get past the Jaws connections and The Deep is a good, but not great, underwater adventure with fleeting moments of excitement to keep you invested, as well as Jacqueline Bisset’s t-shirt which, strangely, never comes back again after the intro. Nevertheless, it is solid, if unremarkable, Sunday afternoon entertainment that you could put on after the umpteenth repeat of Thunderball on ITV2 if you’re in the mood for more sharks, coral reefs and shady criminal dramas (and it has a better theme tune).