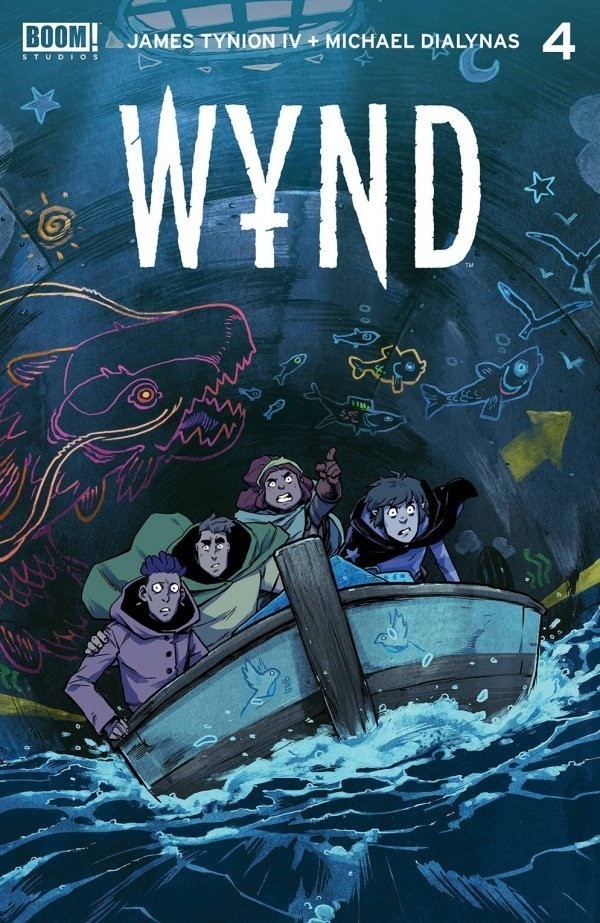 Wynd is a disgustingly beautiful comic where the underlying tones of prejudice and hatred are not shied away from, but rather used as the foundations to tell its story. The story focuses on a number of young characters only wanting to live their best lives, which is never easy when you cannot show your true self out in public. This is a series I have recently caught up on and I have loved every second of the artwork, story and delivery of this trifling tale.

The story is focused around its namesake Wynd, a mysterious young boy with pointed fairy-like ears and pale skin. He is what the human populace would call a “weird-blood”, the discriminatory term for people who have magic in their heritage. Wynd is plagued by haunting and terrifying dreams as we know from issue #1, this may be him confused or worried about his unknown weird-blood abilities; other than that however he is a young man who loves from afar, runs errands and works in the kitchens. He is a far more complex character than meets the eye though, as where many people would dare to dream to be different, he genuinely wants to fit in and be part of what is going on around him.

The other main characters in the story are Wynd’s sister Oakley, Yorie the crown prince who wants to break tradition, and Thorn the level headed gardener and the guy who is built like a fridge-freezer. These characters are not simply background decorations or plot devices used to flesh out Wynd’s story. They all appear to be complex characters in their own rights, where their own stories are often more complex than even the comic’s namesake.

The latest issue sees them escaping from the last bastion of human ignorance and attempting to get out into the world at large. Though they are quickly being pursued by the hunter who is simply known as The Bandaged Man. 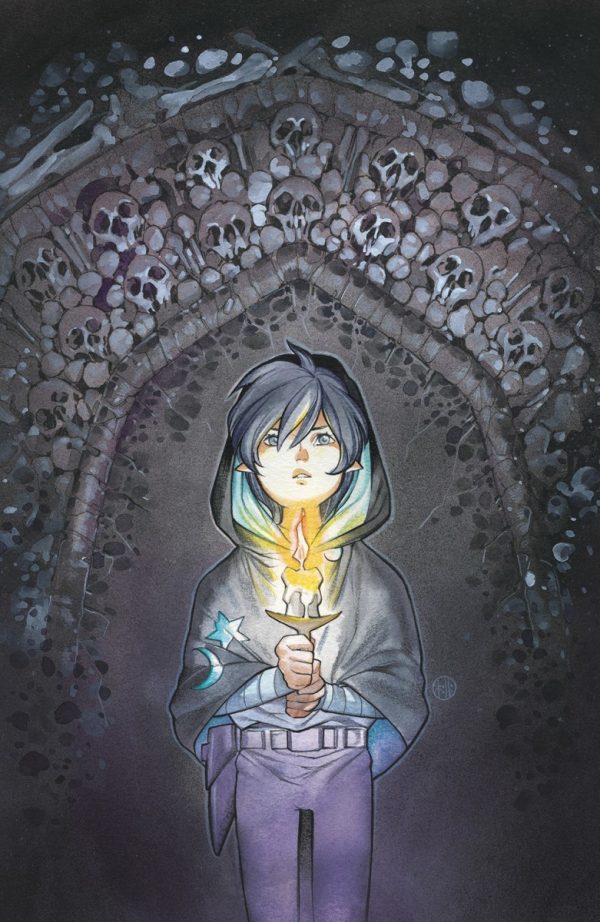 The world in which this comic is set is absolutely wonderful, it is a hybrid of magic and steampunk level technology but where things are slightly more advanced. This issue sees the massive frame of The Bandaged Man give chase in a speedboat, which is never somewhere I thought this comic was going three issues ago.

The artwork is insanely beautiful and brings back memories of the Deponia games (for anyone who has ever played them) and the vibrant art style with such stylised character design makes the entire experience so memorable. There is a sequence in this issue when sailing down the sewers and all the walls are covered in beautiful graffiti; it is even present in the panels where extremely serious conversation are taking place – just as a lovely little touch to enhance the world building of this series.

Overall the series is captivating, intriguing and dare I use the term unique? I would say unique, as it is very different from anything else I am seeing at the moment, and I am genuinely waiting with anticipation for the next issue to find out what our intrepid band of misfits does to get out of this sticky wicket.