While we know the National Treasure franchise is set to return in the future in the form of a third movie instalment and a Disney+ TV series, we now understand why National Treasure 3 has never happened until now. 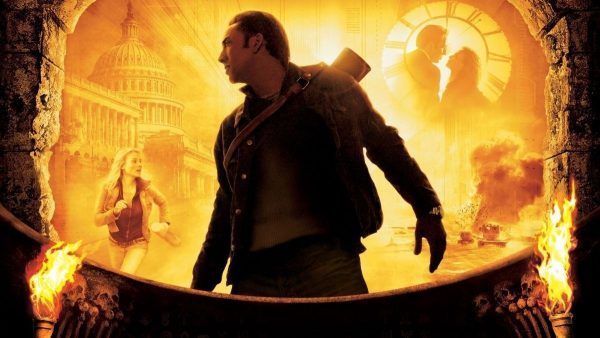 During an interview with Collider, Jason Reed, who was the Production Executive at Disney for the National Treasure movies, revealed that while he tried to get a third movie instalment, the studio believed they couldn’t build it into a full-fledged franchise.

“I tried my damnedest to get National Treasure 3 up. I love those movies. I worked on those from inception,” Reed said. “What I felt happened is even though the movies were extremely successful and had a really strong fanbase, it’s a movie that gets brought up all the time, the company was never able to capitalize on it as a franchise. It was more of a movie with a sequel and National Treasure 3 would have been another sequel.”

“They never figured out a way to integrate it into the parks,” Redd continued. “It never caught on, even though there were a lot of consumer products, it never caught on as an independent franchise. That makes the numbers look different. It makes it harder to make a company like Disney focus resources on something when they can go make Toy Story or buy a cruise ship. And if the company itself had been really excited about moving forward with it and thought they could blow it out, we would have found a way to make the deal.” The first two National Treasure movies, released in 2004 and 2007, were directed by Jon Turteltaub and starred Nicolas Cage as Benjamin Franklin Gates, a treasure hunter tracking hidden artefacts and secrets from throughout U.S. history. Cage was joined in the cast of both films by Justin Bartha, Diane Kruger, Harvey Keitel, Armando Riesco, and Jon Voight.

Back in January of this year, it was announced that Bad Boys For Life screenwriter Chris Bremner had been enlisted to work on the script for National Treasure 3, while producer Jerry Bruckheimer revealed in May that work is also underway on a TV show for Disney+. There is no confirmation yet on when the Disney+ series or National Treasure 3 are expected to begin filming.

Are you still hoping to see a third National Treasure movie? Let us know on our social channels @FlickeringMyth…