Ricky Church on the legacy of The Venture Bros….

Last week it was announced Adult Swim had cancelled The Venture Bros., its longest running series across 17 years running for a total of seven seasons. The news led to a large outcry from its fans, especially after it had already been renewed for an eighth and final season in 2018. Though Venture Bros. may not be an incredibly popular series, it has been one of the most consistently funny and creative shows on television. 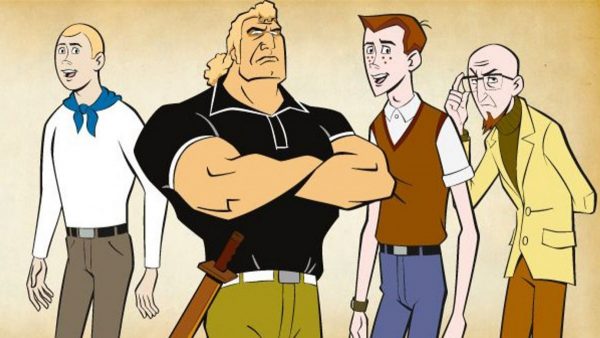 First premiering in 2003 with a pilot before the series fully began in 2004, The Venture Bros. followed the Venture family, Dr. Thaddeus Venture and his two sons Hank and Dean, and their intimidating bodyguard Brock Samson. Dr. Venture comes from a long line of scientists and adventurers in his family, but is constantly having (and failing) to live up to their success while almost neglecting his nerdy and socially awkward teenage sons. They also have to put up with the many plots of their self-appointed and annoying archenemy The Monarch, who seems to hate Venture for no real reason.

The series was designed as a parody to Johnny Quest and in that regard it worked wonderfully. From poking fun at the outlandish villains, death traps and episodic MacGuffins, no trope from beloved 80s cartoons or films was off limits. Even Scooby-Doo got parodied, reimagining the Mystery Inc. group as a gang of drug-addled cultists being led by a Charles Manson-like leader solving the flimsiest of mysteries just to steal drugs and kill people. The Guild of Calamitous Intent, one of the most prominent organizations in the series, is a play on evil groups like DC’s Legion of Doom or James Bond’s SPECTRE, yet instead of hatching schemes for world domination, the Guild in beset by bureaucracy where supervillains are assigned arch-enemies (whom they cannot kill) and spend most of their time infighting and trying to one-up each other. 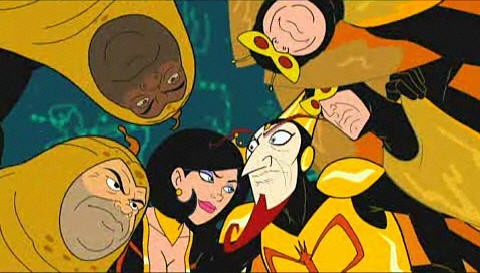 Despite the obvious parodies of older cartoons and movies, the show often went on a deeper and more personal level for its characters. Rather than depict a happy family who enjoyed adventure, Venture Bros. focused on the trauma Dr. Venture experienced – both from the dangerous situations he was placed in as a child adventurer and the constant neglect from his own father – and how he was passing those down to his owns sons, who often remain oblivious to their father’s disdain for them and his get-rich-quick schemes for success and fame. Despite his outward neglect though, Dr. Venture does care for his boys and slowly opens up to them in the later seasons, especially to Dean who he hopes to groom into a better scientist than he or his father. And then there is their intimidating bodyguard Brock Samson, a man who, despite his tough exterior, is fairly vulnerable as the series goes on to become a surrogate father figure to Hank and Dean and goes through some emotional highs and lows with his colleagues and lover/enemy. And that is while he kicks ass in all kinds of ridiculous ways.

Of course, though, the real focus is on Hank and Dean Venture. The titular brothers begin the series enjoying their life of adventuring and being fairly oblivious to their father’s neglect and cynical view of the world. Not only that, but due to their homeschooling, lack of socialization outside the family and the aforementioned neglect, they remain ignorant of other things in life, such as witnessing Brock having sex with a client but mistaking it as a wrestling match with a monster or how to talk to girls their age. Their closed upbringing and nerdy personalities are staples of their characters, but as the series continues they both come into the own with distinct interests and personalities. Dean gets taken under his father’s wing and grows more confident in himself while Hank trains to become a super spy and joins a couple different organizations at various points. 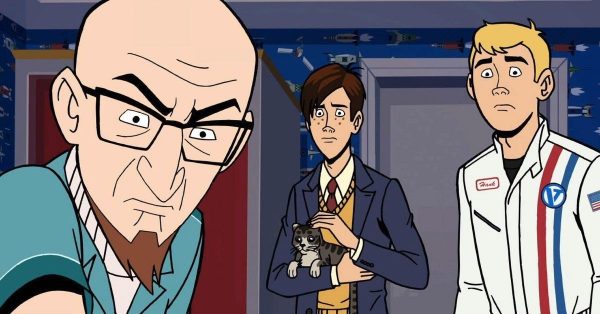 Things really come to a head in their development when they discover they are actually clones of the original Hank and Dean – in fact, they have died over a dozen times with Dr. Venture cloning them over and over after they’ve either died on a dangerous adventure or a freak accident at home (another parody of the fact their lifestyle is not safe for children and teens). Dean slips into a depression and emo-phase, believing nothing he does actually matters, while Hank is the one to knock Dean out of his depressive phase as he views their cloning in a more optimistic light to their identities. Their development is really strong and consistent, making their arcs one of the most interesting aspects to the show as they gradually grow up.

Perhaps though the most interesting aspect to Venture Bros. is its mythology and continuity, a fact that makes the series so re-watchable. All the little nods and teases to backstory that wouldn’t be revealed for either a season or several seasons down the line show how much series creator Christoper McCulloch (AKA Jackson Publick) and Doc Hammer plotted out in advance and used the season hiatuses to their advantage. Though Venture Bros. ran for 17 years, it only had 7 seasons, often having a two or sometimes three year gap between seasons. This was partly due to a lengthy animation process that was done overseas, but McCulloch and Hammer wrote the entire series themselves, taking their time to map out their story and making each and every episode the best they could possibly be. It may have taken a while for a season to begin, testing the patience of many a fan, but the wait was always worth it for the consistency in storytelling and strength of the jokes.] 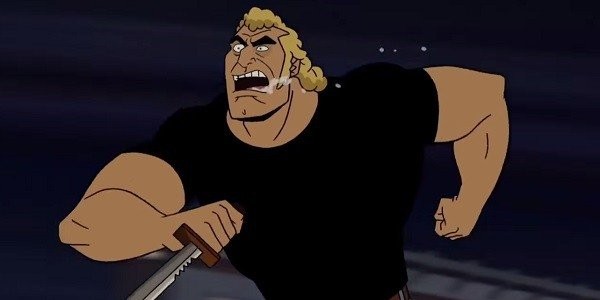 Though not a hugely popular show, The Venture Bros. was one of the best and funniest series on television that deserved its loyal cult fanbase. The jokes and parodies were always strong, but stronger still were the stories and character development over the course of its seven seasons. There is so much to enjoy from the series that makes it Adult Swim’s best animated show. With a show like this, hopefully a way can be found to deliver its final season, but for now fans will have to be content with the greatness of the series as it is while clamouring for just a little more. As Hank and Dean are prone to say, Go Team Venture!