Birds of Prey (And the Fantabulous Emancipation of One Harley Quinn) may not have enjoyed anywhere near Joker-levels of box office success upon its release earlier this year, but it seems that hasn’t dissuaded Warner Bros. and DC Films from going down the R-rated route for the next chapter of the DC Extended Universe. 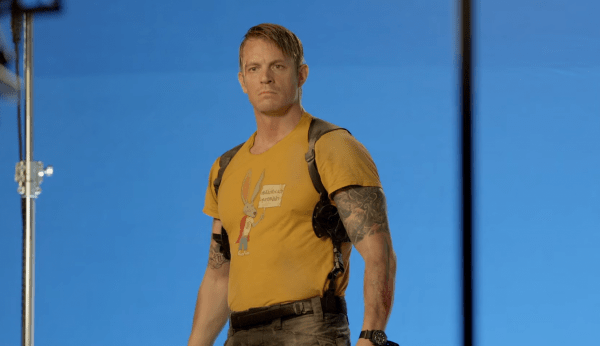 Speaking to THR, Rick Flag actor Joel Kinnaman has been speaking about The Suicide Squad, describing the James Gunn-directed sequel as “insane” and “heavily R-rated”.

“That movie is going to be insane,” said. “The script is so funny. Every page of that script was funny, and every page made me laugh. James just has this command of that genre, but also over every aspect of comedy and even the marketing. He just understands the world so well, and since he wrote it, he really reinvents not just the concepts, but also the characters.”

“For me, it was like I did my first comedy, but it’s like heavily R-rated,” Kinnaman confirmed. “So much of the action is practical with real explosions, and yeah, that movie is going to be insane. It’s such a great cast that he put together. John Cena, that motherfucker is a comedic genius. No one would make us laugh on set more than John. Every scene he was in, he would go on an improvised tangent. There are so many chops in that cast, and James has such a command of it all. We had so much fun doing it. That movie is going to be a fucking monster. Honestly, even though I’m in it, I can’t wait to see it as a fan.”

Unfortunately, we still have quite a wait for The Suicide Squad, as it isn’t scheduled to arrive until August 2021 – assuming, of course, that the ongoing global health crisis doesn’t see it pushed back to a later date as studios look to rejig their slates.