Marvel Comics is set to honor the extraordinary fifty-year career of Chris Claremont this December with the release of Chris Claremont Anniversary Special, an oversized issue which includes a brand new X-Men story from the celebrated comic book creator. 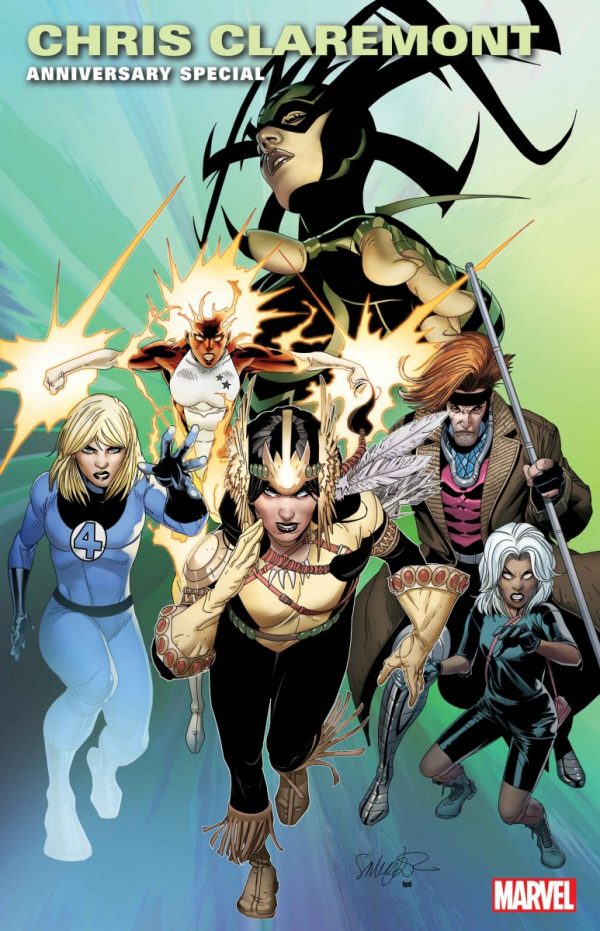 “Uncanny X-Men was where it all began for me as a young fan, and it’s an honor for everyone here at Marvel to celebrate Chris Claremont’s 50th Anniversary as a writer with us!” Editor-in-Chief C.B. Cebulski said.  “In this special, Chris masterfully weaves an all-new story that takes us down memory lane and revisits many of the fan-favorite characters he’s helped create over the years, re-teaming him with some of the classic artists he’s collaborated with. With a few surprises along the way!”

Chris Claremont’s influential run on X-Men changed the comic book landscape forever. As the architect behind the epic tapestry that makes up the world of mutants, Claremont’s contributions went far beyond the creation of characters but to the very themes, concepts, and allegories that are ingrained in the X-Men today. Claremont’s work catapulted the X-Men into unprecedented success with now classic stories such as Dark Phoenix Saga and Days of Future Past as well as series like New Mutants and Wolverine’s first solo series. In addition to his groundbreaking work on X-Men titles, Claremont also had memorable runs on books such as Ms. Marvel and Fantastic Four.

In the CHRIS CLAREMONT ANNIVERSARY SPECIAL, the acclaimed writer returns to the world of the X-Men with a brand-new story. Dani Moonstar is drafted for a mission across time and space for an incredible psychic showdown against the Shadow King—joining forces with other characters created and defined by the pen of Chris Claremont! In this extra-sized milestone issue, Claremont will team up with a host of iconic artists including Brett Booth and reunite with his classic New Mutants collaborator, Bill Sienkiewicz.

Chris Claremont Anniversary Special will go on sale this December.