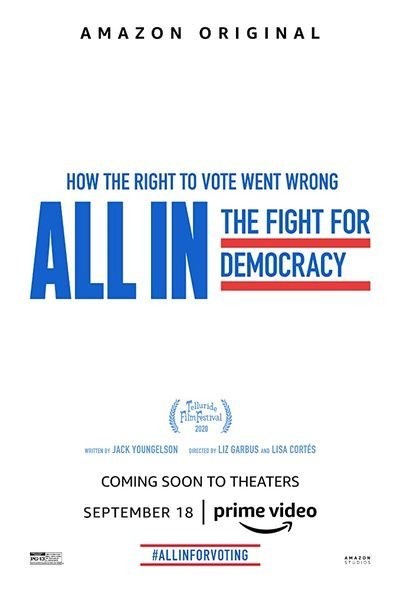 A close examination at the history of voter suppression and the activists who fight for the rights of U.S. citizens. 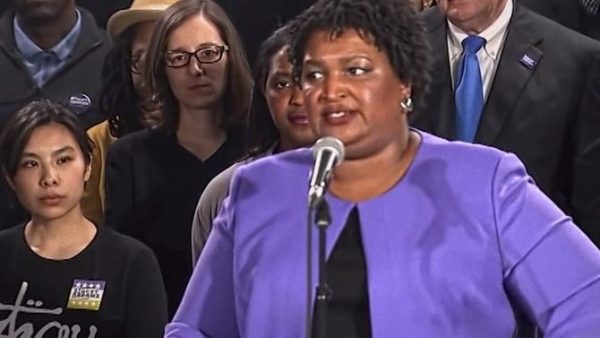 Living in America, you sometimes see how politics play out but have very little knowledge of how and why it’s happening. Even the simple act of voting comes with more baggage than one could imagine, and All In: The Fight for Democracy does a wonderful job of unpacking the decades and decades of drama there.

While the documentary is incredibly dense, with a bit too much information thrown at you in under 2 hours, it’s wonderful to see the amount of research and passion that went into creating this piece. You travel all through the country and see how voter suppression has been a tradition in this country, but thankfully you meet the faces the new faces trying to fight against this. 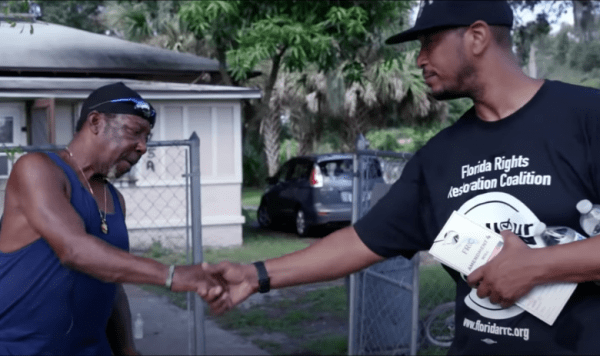 Filmmakers Liz Garbus and Lisa Cortés go back to in the history of voting in America, pulling out facts like only 6% of the population was allowed to vote in the first election that made George Washington the nation’s President. That small percentage of voters were only white men who owned property. From that moment, it’s been an uphill battle to make sure everyone who should vote can vote. Garbus and Cortés do brilliant research here, bringing together amazing minds to speak on this issue.

One of my personal standouts for commentators here is Carol Johnson, a historian that made me feel more in tune with American politics than decades of schooling ever did. This is the type of piece that goes for more educational than entertaining, but that doesn’t mean it’s still not a thrilling ride. Johnson, joined by many others here, takes you through so much of what shapes politics in the states and tries to show you how unfair it is for many. Hell, I live in one of the states featured here and barely knew the lengths people go to suppress the voices of Americans.

Things like requiring a residential address on an ID card in North Dakota seem normal on the surface. When you peel back a single layer, it shows how this was meant to suppress votes for Native Americans on reservations. Another example is how requiring certain types of identification cards are meant to block people from voting, even though they don’t have these materials through other government suppression. Again, the people featured in this piece and the creators behind it do such an important job of simply telling the viewer exactly what’s happening and who this hurts. 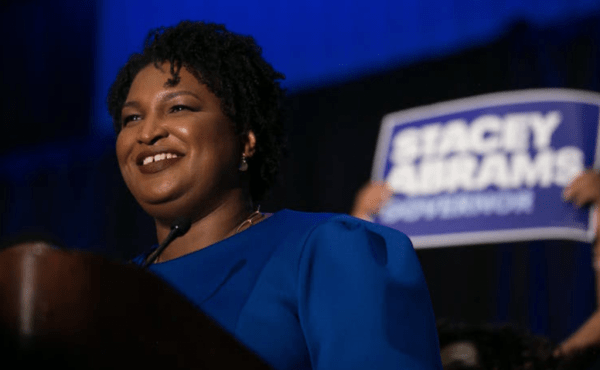 One of the biggest takeaways from this film is the focus on Stacey Abrams, a Black woman who ran for governor of Georgia. If anyone remembers her campaign, she fought her but sadly lost. That did not stop or deter her from the world of politics, as it seems to be as deep in her soul. The story about a young Stacey Abrams being denied entry into the governor’s home – even though she was invited for being a Valedictorian – is something that stuck with me. A moment that would’ve personally push me away only made her hungrier never to see this happen to anyone else.

In the era of Tiger King and serial killers getting huge profiles in documentaries like this, it’s refreshing to see a positive story about a positive person. The focus on Abrams and her life is just the jumping-off point for the discussions, though. She’s the catalyst for the story and does a wonderful job of shaping the entire piece.

From the Abrams story, we see so many people in a similar situation or finding battles that would have changed history. We meet lawmakers from Ohio who have to deal with voting purges, we see former felons in Florida who paid their debt to society and simply want to get back to voting. These are stories that normally wouldn’t be told, and it’s nice to see them get a moment and a platform like this to make their voices heard. 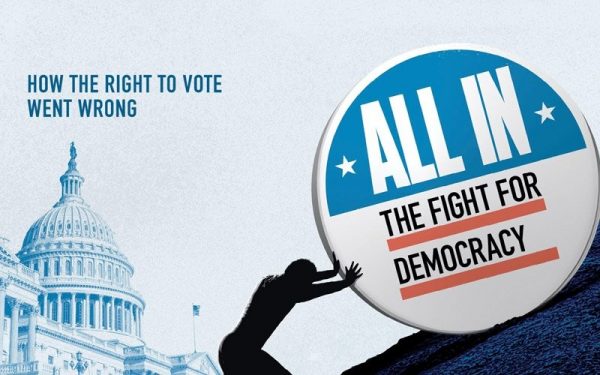 All In: The Fight for Democracy would work better as a series, with more time spent on each moment, so you can actually let it digest before you move onto another serving of “WTF.” But when one of the only complaints about the documentary is I wanted more information through more episodes, that’s a sign of a powerful story being told.

If I knew this would anger me about the 2016 election, I might have never seen it, but I am glad I did as this is one of the most useful documentaries going into an election. The amount of information on display here is powerful and will hopefully find a place in the homes of the people who need to see this the most. As someone who never understands or cares to grasp politics, All In: The Fight for Democracy is something that reminds you it’s too important to be aloof when it comes to something this dire.