The lives of inhabitants of a housing commission tower whose paths cross after a shocking event occurs on their front doorstep. 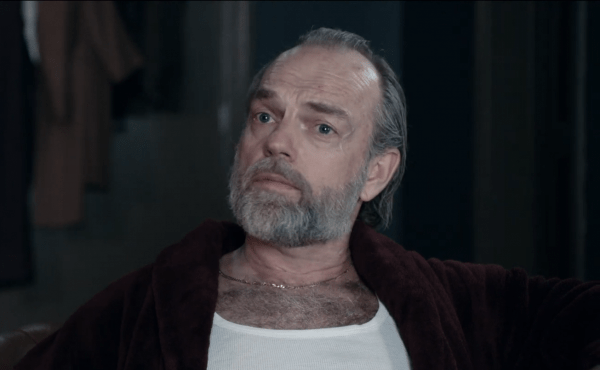 Sometimes a film can start off so ill-advised that it pulls you out of what remains even if it’s good. Based on the Shakespeare play of the same name, director Paul Ireland (co-writing with Damian Hill) Measure for Measure begins with a troubled former Afghanistan soldier gunning down minorities of various ethnicities at the housing complex they share for no other reason than he is frustrated they are speaking their native languages rather than English. Modern Muslim Jaiwara (Megan Smart) is about to get caught in the tragic crossfire before the aspiring musician, smoker, and dashingly handsome Claudio (Harrison Gilbertson) rescues her from harm’s way.

This is a tone-deaf introduction for multiple reasons; for starters, the save is done in slow-motion bullet-time as we may as well be watching a John Woo movie, which is probably not what should be coming to mind when hate crimes that are more relevant than ever to the world we live in are occurring on-screen. Theoretically, Measure for Measure could recover itself as a sociopolitical reimagining of the play, except none of these minorities are referenced again. Their deaths are entirely pointless for the rest of the narrative, only serving as a launching point for a polytheistic relationship that Jaiwara’s mother is not going to approve of. 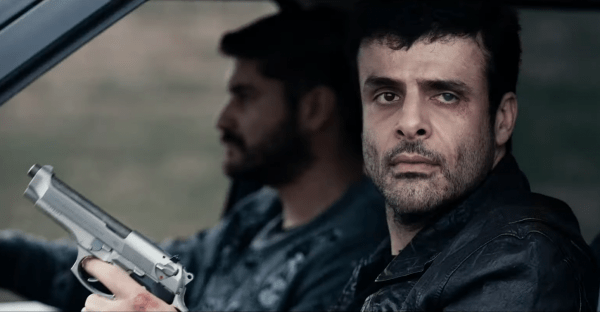 As this shit hits the fan, the Duke (Hugo Weaving doing the most he can with the only halfway decent written character in the movie and only one that has moral conflicts that strike as worth investing in) is pressured to stay in a vacation home until the heat dies down. He entrusts day-to-day duties with his right-hand man Angelo (Mark Leonard Winter) who has moral conundrums of his own, gradually getting pulled over towards the side of corruption and drug dealing and eventually, blackmail in return sexual pleasure. Mark Leonard Winter definitely brings a seedy sense of charisma to the role and plays the part well, but is just another character lacking in characterization and material to fully realize.

Simultaneously, Claudio and Jaiwara are hitting it off and quickly falling madly in love. Of course, the writing doesn’t resemble any of this, as the bonding is relegated to a montage of dates (complete with an abundance of on-the-nose licensed music that simply feels out of place) before Jaiwara is blurting out the ambiguous but romantic phrase “you bury me.” They will do anything for one another, but aside from her mother not approving, her brother is also a notoriously dangerous criminal willing to resort to more violent methods to keep the star-crossed lovers apart. Again, there’s plenty of opportunities to inject the social commentary the film is so desperately going for, but it’s generic and lifeless with cliché characters. 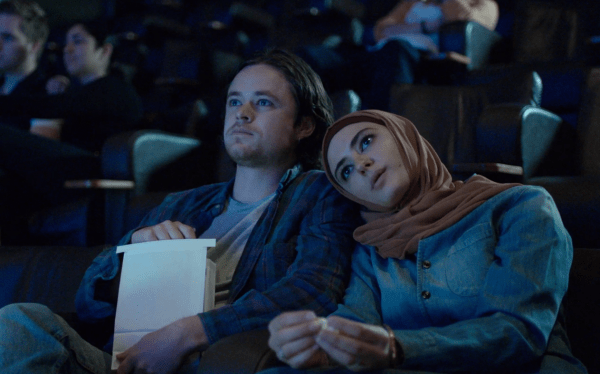 Anytime these characters start recounting past horrific events, it comes across as a plea for the audience to relate to them rather than genuinely informative exposition explaining away some of their motives. Worst of all, the polytheistic relationship fades away as Duke’s story rises in focus, especially towards the climax. So not only do you have a film that starts off with a mass shooting of minorities that it immediately disregards to kick the rest of the plot into motion, by the ending, it’s about a conflicted white man coming to terms with past and present. The actors do their damnedest to breathe some life into this thing, and admittedly it’s watchable, but so are most Shakespeare adaptations considering its always reliable source material. Measure for Measure is a misguided unmeasurable failure.