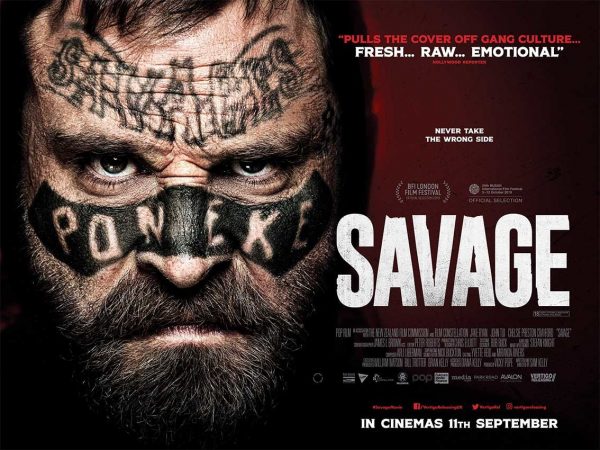 A journey into the dark heart of gang culture in New Zealand. 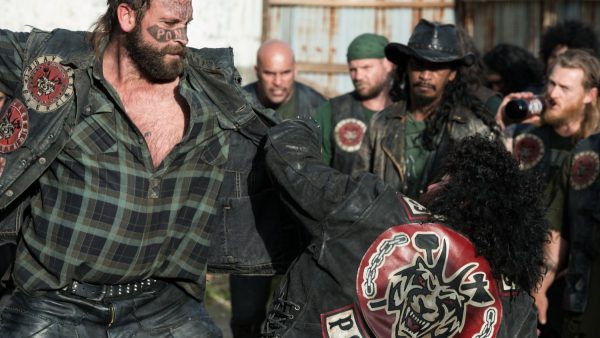 It’s always an odd moment in a movie when you begin to notice how much people are swearing. Within five minutes of the start of writer/director’s gangland crime drama Savage, it feels like a full 50% of the dialogue has been made up of four letter words beginning with either F or C. Writer/director Sam Kelly was definitely shooting for realism – and that intention is palpable throughout the movie as well – but it too often feels like a crutch propping up dialogue and storylines that should really pack more bite.

Savage tells the story of Danny, at three different points in his life. First, he’s the son (Olly Presling) of a violent father, sent to a juvenile prison. Then, the teenage co-founder (James Matamua) of the “Savages” street gang, with prison pal Moses (Haanz Fa’avae-Jackson). Years later, Danny is now Damage (Jake Ryan) and boasts a tattoo right across his face echoing the words on the back of his gang jacket. He’s still at the side of gang boss Moses (John Tui) and is struggling with the increasing violence of his chosen world. 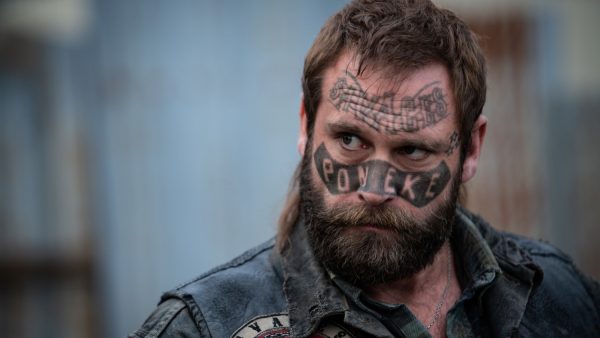 There’s very little new in Savage, which boasts the same DNA as dozens of crime dramas before it. It’s a meditation on the cumulative effect of carrying violence on your shoulders, particularly when the rewards are so meagre. Damage quips early on that “everyone’s buying houses and I don’t even have a fucking toaster” and his dissatisfaction with the romanticised image of gang culture permeates the movie. A climactic scene shows the deep frown lines of his forehead crinkling his tattoo, in a clear metaphor – he is ageing out of this world of macho posturing and needs to take responsibility for his life.

Sadly, admirably ferocious leading man Jake Ryan’s frown lines are about as thematically deep as this story gets. Other than that, it’s a fairly surface level journey through the usual tropes of the crime drama. Damage is a man who has been burned by just about everybody in his life – when he’s in prison, even the one apparently kind adult has a horrible ulterior motive – and, as a result, feels as if he can only trust Moses. There are tests of loyalty, bruising gang fights, acts of betrayal and even a laughably clichéd sequence in which Damage is given the literal choice between gang and family. 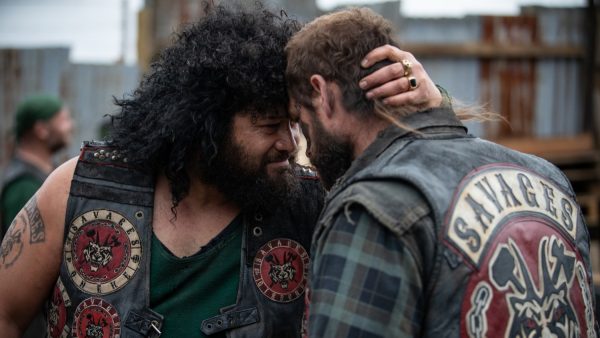 Despite the cultural specificity of the setting – Kelly’s script is inspired by numerous true stories – Savage feels too steeped in the archetypes of the genre. It suffers from many of the same problems as the Irish gang thriller Calm With Horses earlier this year, while lacking that film’s style and textured performances. In fact, Taika Waititi’s Boy is a far more lacerating critique of Kiwi street gangs, told within the structure of a frothy coming-of-age comedy.

Savage contains plenty of violence, but lacks any real punch. Ryan and Tui deliver gruff, snarling performances, but they’re exactly what you’d expect. It’s a film that’s brutal and stark without ever being shocking or surprising. The most interesting subplot, involving an innocent new gang recruit and his budding relationship, is tossed aside in favour of the leaden adventures of a man questioning whether violence should be at the heart of his future. Been there, done that, got blood all over the t-shirt.