The teenage second children of various royals discover that their birth status has presented them with super-powers and that they have a responsibility to save the world. 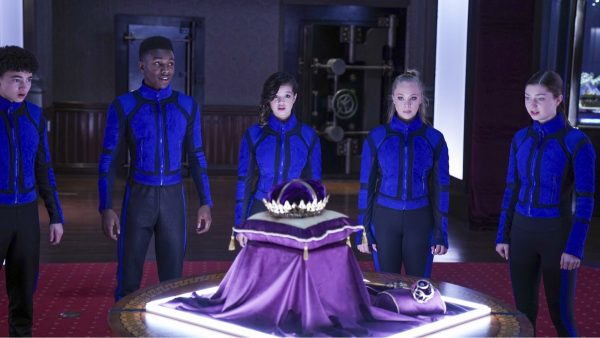 Being a major royal, without any expectation of ascending to the throne, is an odd level of status. As Prince Harry is finding out to his cost, there’s still a sense of expectation and indeed entitlement from their subjects, but without the responsibility of actually reigning. Harry’s position is now rather unconventional, existing outside of the “frontline” of the royal family with his wife, Meghan Markle, but it could certainly be weirder. The new Disney adventure Secret Society of Second-Born Royals suggests that the Duke of Sussex is, in fact, a superhero tasked with carrying out covert missions to save the world.

Director Anna Mastro’s family blockbuster – releasing straight to Disney+ this week – shows Harry as part of a gallery of members of the titular secret organisation. “It’s a bit of a mouthful, we know,” quips training instructor Morrow (Skylar Astin). Our entry point into this world is Sam (Peyton Elizabeth Lee) – second-born daughter of the royal family in the tiny European nation of Illyria. She’s anti-monarchy and resents her ultra-perfect sister Eleanor (Ashley Liao), who is on the verge of turning 18 and therefore ascending to the throne currently being minded by her mother Catherine (Élodie Yung).

Sam is played with likeable teen rebellion by Lee as she leads protests against royalty and sneaks into punk rock gigs with her best friend Mike (Noah Lomax). One of her misadventures goes way too far and she’s packed off to a summer programme at her ultra-exclusive royal school, alongside a “Breakfast Club” – they make the obvious reference so I don’t have to – of fellow second-borns. They are soon told that their birth status has granted them super-powers, which will manifest during their adolescence and possibly allow them into a crime-fighting organisation kept hidden from the rest of the world. 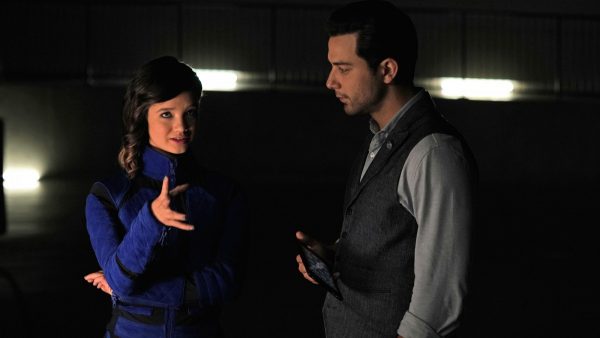 Outside of its smart and original central idea, Secret Society of Second-Born Royals is a fairly conventional super-team tale. It’s elevated by the terrific work of the ensemble, from Olivia Deeble’s seemingly vapid posho influencer capable of becoming invisible to Faly Rakotohavana as a socially awkward lad, who can control insects. Pitch Perfect star Astin brings his megawatt charisma to the delightfully snarky Morrow, while Yung lends regal gravitas to Catherine – to whom there is considerably more than meets the eye.

There’s a real delight in spending time with these characters and watching them interact, with natural chemistry assisted by Alex Litvak and Andrew Green’s peppy original script. It’s a film that feels like it’s based on a YA series, but isn’t. The training montage sequences might be predictable, but it’s never anything but great fun watching these relatable young characters discover that “being second-born doesn’t mean you’re second best”. The film’s handling of the telekinetic villain known as Inmate 34 (Greg Bryk) is a little drab and the visual effects often have a whiff of cheap and televisual about them. None of this, though, is able to smother the likeable charm of the cast.

This is the sort of movie that Disney+ allows to shine. On the big screen, it’s a throwaway distraction designed only to keep undemanding kiddie audiences quiet for a few hours but, via the streaming platform, it’s a really pleasant 90 minutes in the company of characters who could certainly sustain a franchise. It’s all carried out with a fast-paced energy and lightness of touch, notwithstanding the fact that many of the twists and turns of the plot are visible from space and there’s a trite whiff of “believe in yourself” tropes throughout. 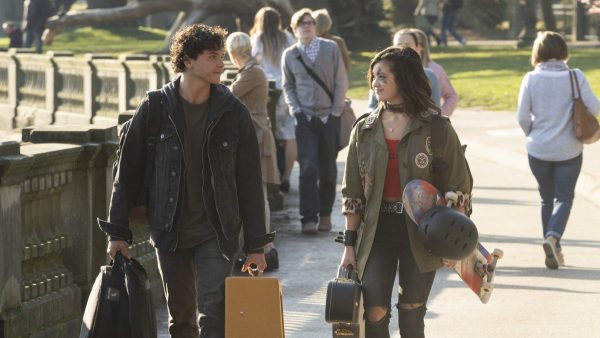 Secret Society of Second-Born Royals isn’t going to be a transcendent success that spans generations and parents might find it a little over-familiar. There’s also the fact that, in combining the box office powers of the superhero genre with the world of YA, it feels a little like a cynical act of movie-by-committee. Mastro, though, imbues every scene with enough colour and chaos to keep the train on the tracks and ensure that, when the credits roll, it feels like this could fire the starting gun on that rarest of things in the post-Marvel world – a new, original superhero property that really works.