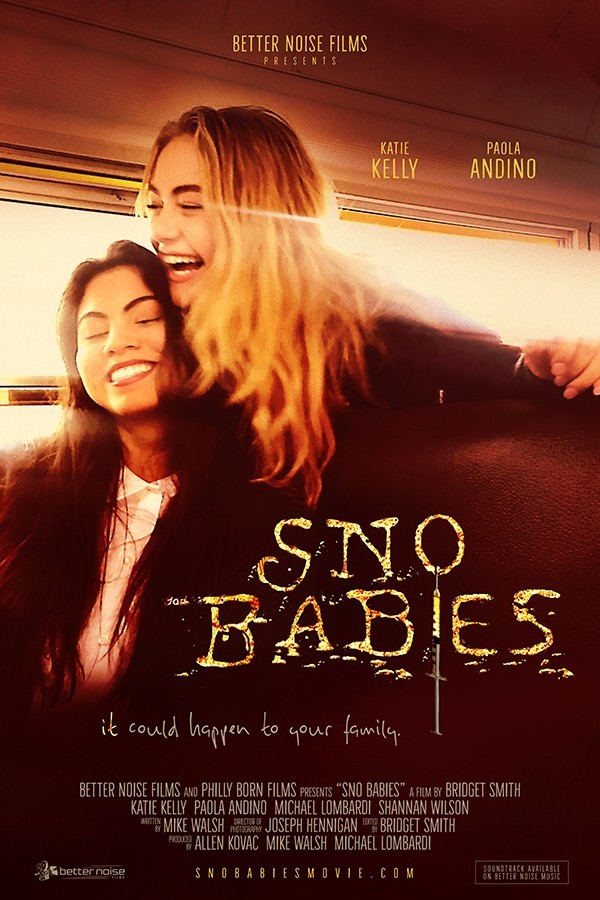 Sno Babies depicts the grim realities of addiction and its effects on families. Kristen and Hannah are likeable, college-bound teens – and heroin addicts – hiding their plight behind the façade of middle-class suburbia. 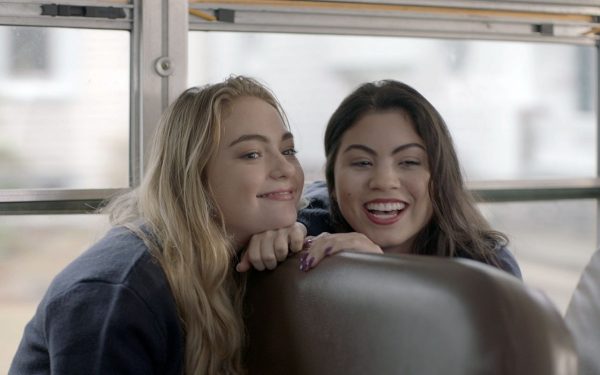 Director Bridget Smith and Michael Walsh have clearly seen Darren Aronofsky’s unmatched addiction masterpiece Requiem for a Dream, and I would presume they had good intentions with Sno Babies bringing that kind of self-destruction to the lives of teenage girls that seem to have it all on the outside. Sadly, it’s hard to even tell if they actually cared about spreading awareness and sending a worthwhile message to teenagers or if they just wanted to take the extreme situations that can arise from heroin addiction while inserting a terribly out of place story about a couple trying to have a baby and a dangerous coyote wreaking havoc on a forest preserve. It would be like if Requiem for a Dream frequently cut away to something as random as a subplot about someone opening up a business.

There is absolutely nothing to Sno Babies aside from forcing its characters into one miserable situation to the next with the force of a freight train, all as alternative rock songs jarringly interrupt nearly every attempt at a serious dramatic scene. Going back to the Requiem for a Dream comparison, it’s like if Nickelback started playing as Jared Leto was about to shoot some heroin inside that disgusting infection on his arm. By the way, shooting up into infections is not only something that Sno Babies also features, but these filmmakers go one step further and have the girls shooting up into… well, down there.

And that’s nowhere near the most fucked up scene in the movie.

Before continuing, I need to stress that I do not object to films pushing boundaries with graphic content to hammer home a point. When done correctly it’s often one of the most powerful cinematic tools a filmmaker can wield. However, this is a movie that has its protagonist Kristen (Katie Kelly, who is nonetheless passable in the role and is the definition of a trooper for rolling with every horrifying acting challenge thrown her way here) raped while unconscious at a party filled with drinking and drugs only using that as a steppingstone plot point for worst scenarios to arise. Naturally, she soon finds out she is pregnant while also coming to the realization that she is addicted to heroin.

Kristen’s father is always working, her mother is a real estate agent working with the aforementioned couple looking to make a baby and also purchase a house, so the closest connection she has is with her 10-year-old sister. As she gets deeper and deeper into heroin alongside her best friend Hannah (Paola Andino), that relationship is also fractured. Not only is the acting from everyone else actively bad and cringy (her friend tries to seduce a priest when it’s her turn for holy bread), the movie would rather not deal with the traumas presented, choosing to pile on more and more in ways that start off plausible but become absolutely outrageous by the climax. I will never forget the final 20 minutes of Sno Babies for as long as I live, and that has nothing to do with quality, more so how the fuck did anyone come up with this and why did anyone think it was a good idea.

Make no mistake about it, there is an incredible movie to be made within the character of Kristen, but Sno Babies is a misguided disaster that leaves one speechless for all the wrong reasons. Again, the worst part is that for a film dealing with sensitive material, it loses its good intentions and whatever meaningful message it has is to say from the beginning in favor of relentless shock value.