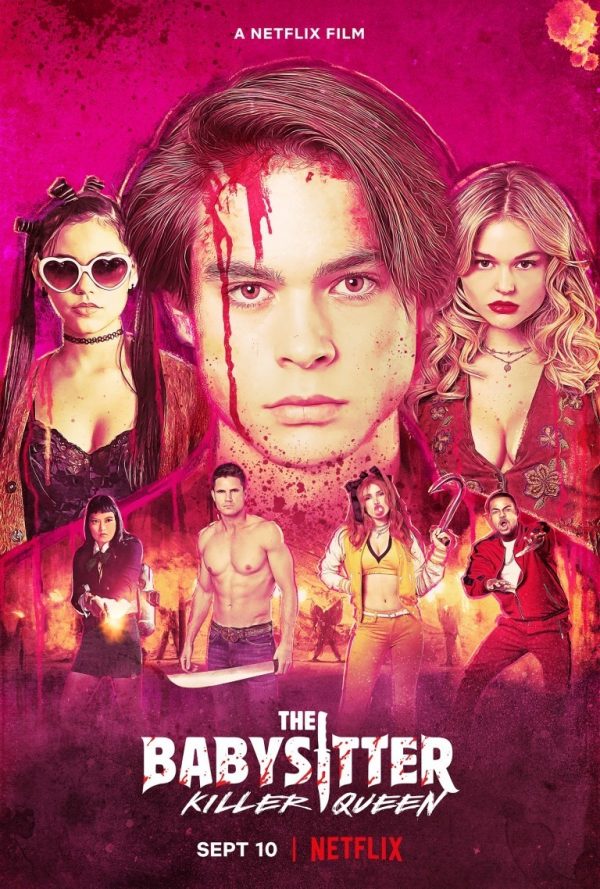 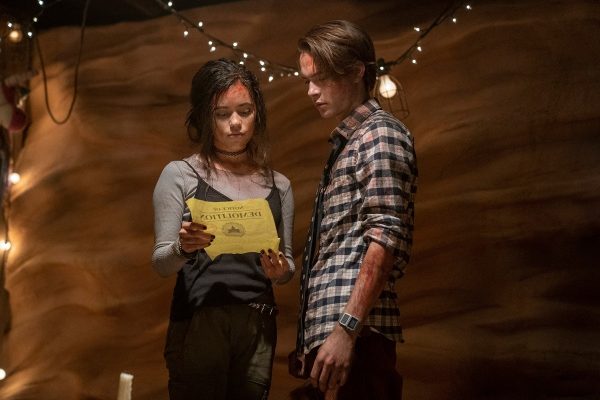 Before sitting this down for this review, I was excited to talk about the career of director McG. The man with the most insane directing name in Hollywood is fairly well-known for his cheesy, action-filled movies with a very distinct style of comedy to pad out the runtime. If you look at his earlier work like the 2000’s Charlie’s Angels and action rom-com This Means War, you can see this is exactly what he enjoys doing. And that’s almost exactly what The Babysitter: Killer Queen is, but this time replace action movie moments for straight-up Splatterhouse horror.

I always like to say certain films are made for certain viewers, and everything needs to find the right audience for it to get praise. Thankfully the sequel to 2017’s The Babysitter fell into my lap because I happened to enjoy the hell out of this cheesy little romp. There are still moments I cringed at the comedy, there are surely times that I felt the endless amount of pop culture references were getting tiresome, but by the time the film ended, I sat there with a smile on my face. If you enjoyed teen horror movies from the 90s, this feels like a filmmaker trying to recapture those glory days. 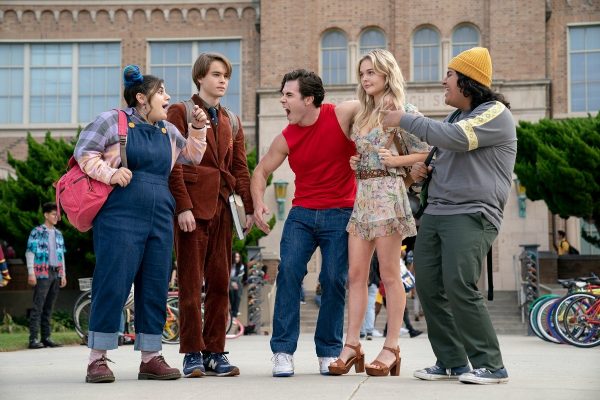 So, let’s take it back a little and talk about The Babysitter: Killer Queen and what this film actually entails. If you’ve seen McG’s first film in this budding franchise, you are familiar with the story of Judah Lewis’ Cole and his fight to stay alive against his killer babysitter and her friends. Cole was massively in love with his babysitter, played the incredible Samara Weaving, and his life is changed when he finds out she’s trying to make a deal with the devil to give her and her friends everything they’ve ever wanted.

Now in the sequel, we follow Cole in the aftermath of this madness. With no proof of the killer teen cult, many feel Cole is just a crazy person. Though his best friend Melanie was there that night, she is trying to get Cole to forget bout it and move on. During a night out with Melanie and her friends, Cole runs into a very similar situation to him as the first film and must join newcomer Phoebe in another fight for his life.

The barebones of this script are what I enjoy, as the film works as a perfect follow-up to the first entry. The plot of Cole having some form of PTSD after the evening two years ago and what happens when he’s confronted with it again is really smart and makes these two films feel like a complete package. There’s plenty of callbacks to the 2017 film, but The Babysitter: Killer Queen finds a way to make itself feel fresh with new kills and way more mayhem. We are out of the suburban setting of the first and in this wonderful lakeside setting for this, which allows way more chances of WTF moments.

And the film is stacked with so many moments that legit took me by surprise as it’s filled with a handful of plot twists and some insane kills that made me squeal with joy. 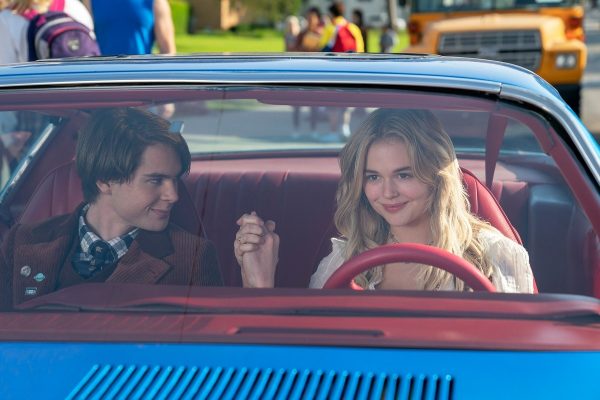 For horror hounds, this will be harder to sell due to the comedy, though. The film’s jokes are where this movie really falls flat for me. And it wouldn’t be an issue if the film wasn’t jumping between insane teen comedy and teen slasher, two genres that are hard to mix. This movie wants to be somewhere between Scream and Scary Movie but ends up a bit too close to the parody side.

There are endless pop culture references, most that will date this movie to this time period like Kanye West’s mental illness and Tiger King. I can say that I understood and got every reference they threw out here, which does say it still works and still feels relevant, but it will be a source of ire for many other people. Brian Duffield not returning for screenplay duties is where the movie falters first and foremost, as he seemingly found a way of balancing the madness of McG’s style with the sleek teen horror atmosphere. The Babysitter: Killer Queen has four people penning the script this time, one of being McG himself, and you can feel the change in writers often.

While not specific to these writers and this film, but you also have almost no characters that you actually enjoy watching. Judah Lewis does his best with Cole, and I find him to be endearing, even when delivering some “I’m too strange for the cool kids” cliched lines.

Besides him, though, there’s just paper-thin and annoying caricatures of humans on display. While slashers are known for featuring a group of teens you want to see get offed, it’s still never easy to deal with. The worst offenders here are Bella Thorne and King Bach, as they try their best with their bad roles but struggle to elevate them above the material. 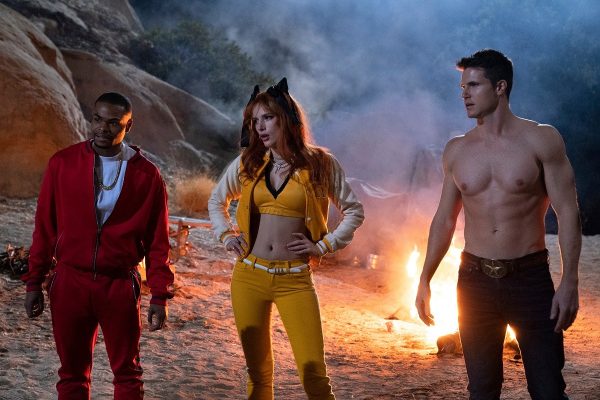 Still, there’s a lot in this film that feels like it actually enjoys being a horror film. The reverse slasher idea we saw in the first film still works here; seeing one person take down a group of killers as opposed to one slasher going after a group of teens is a way to change the genre norms a bit more. And while there are some moments of CGI that don’t work, the practical effects used for the gore is out of this world. So many splatters and face splats that it became a fun little horror gag.

And when it gets to the third act, and the ante is upped to a surprising level, it’s a solid way to close out such a vibrant and hectic experience. Is it insanely ridiculous and made me say, “Oh My God!” out loud? Sure, but that’s fine if you are at least offering up something fresh and fun.

With the Halloween season approaching (or year-round if you are a horror lover like myself), The Babysitter: Killer Queen will make a fun Friday night double-feature with its 2017 first film. Gleefully gruesome and deceivingly clever, the film offers a good time for fans of slashers. If you can handle its fairly hammy comedic moments and unlikeable characters, then you’ll see the love it has for pop culture and the horror films that came before it.

Dammit, McG, you got me again…