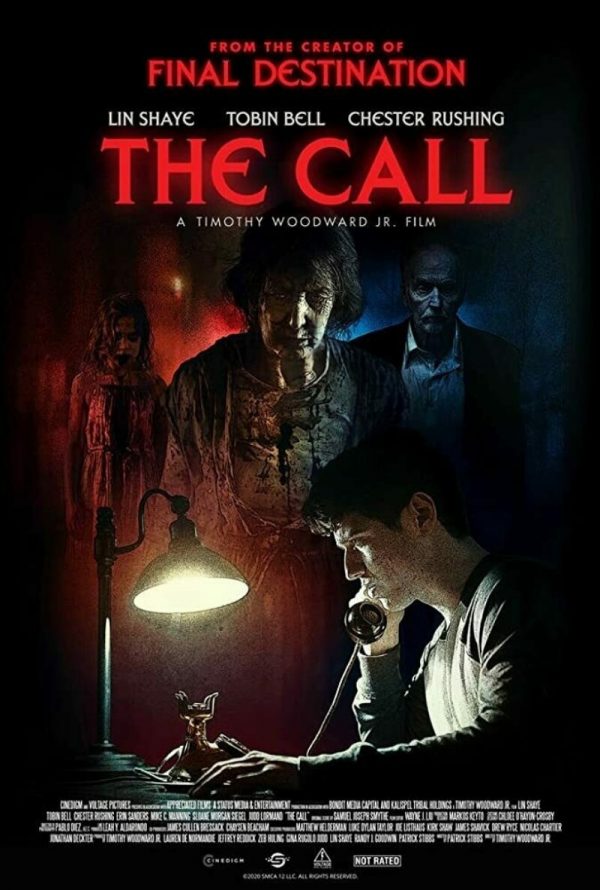 Four teens must overcome a night in a house of horrors and call a mysterious number to receive $100,000 from a woman they’ve previously tormented. 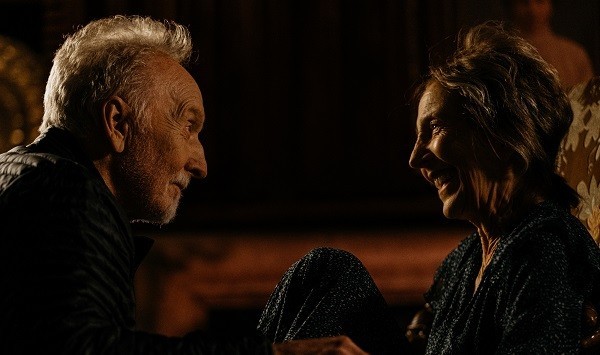 Let’s start this review off by taking a moment to highlight the wonderful careers of Lin Shaye and Tobin Bell. Shaye has been a force in the industry since her small cameo in the original Nightmare on Elm Street, and Bell staked his horror claim to fame as Jigsaw in the Saw series. For me, seeing two older actors own the genre and relish in being horror icons, it warms my horror-loving heart. It’s wonderful to see these two get the opportunities they do, and it’s done by their sheer talent alone. A talent that surely elevates this film to levels that I don’t think many actors could do.

The Call is a fairly standard independent horror, with promising young faces and a plot that feels familiar enough to attract you in but enough indie twists to keep you interested. But you soon notice that this film features some impressive acting that you normally don’t find in a film like this, and it’s not just from icons Lin Shaye and Tobin Bell. There are so many solid moments of acting from talent who truly understand their characters, even if they aren’t the most fleshed out on paper.

Reviewing The Call feels like a battle of two reviews: at times, I’m impressed that it goes above and beyond…while other times, it reeks of the same issues I have with many horror entries like this. Like the acting, it’s strong and actually feels like a joy to watch, but they don’t always have the best dialogue. We’ll get to Shaye and Bell in a moment, but I have to point out that Chester Rushing is a superstar here. 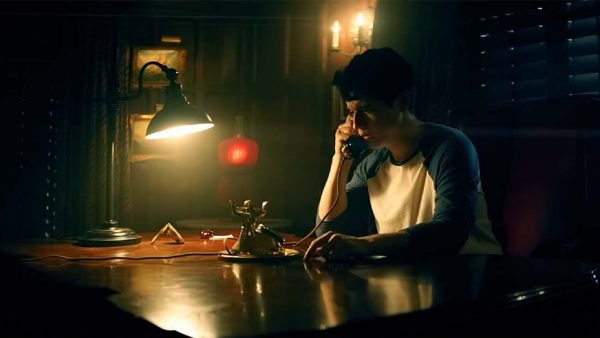 Rushing’s character Chris as a lot going on, and he delivers on that more than I think anyone else does. The whole film is about these 4 teen characters exploring themselves through some dark means, but Chester Rushing really sells what the whole film is trying to offer. It’s a “wise beyond his years” feeling, and it really makes him stand out amongst the other younger actors. Not to completely discredit the other actors and their characters, but no one got near the level of insanity we saw with Chester Rushing tackling newcomer Chris.

We follow these four teenagers as they go to terrorize an older woman who they claim hurt one of their sisters. Chris is new to the group but seems enamored by Tonya. Joined by Zack and Brett, the group’s latest prank goes wrong and sends them down a dark path. From there, they are led down a game from Edith and Edward Cranston that will change their lives forever.

This film begins to feel like an anthology story in ways as we see basically vignettes of each kid calling on a phone. With Lin Shaye and Tobin Bell providing the wrap-around story, this gives the film only a small amount of time to really flesh out a character within the group. I love that they went with Chester Rushing’s Chris, as he offers up a lot with his dark backstory and impressive depth.

Looking at the flow of the story would also explain why the focus falls onto Rushing, Shaye, and Bell. You really only have so much time to focus on so many people, and they surely divided that up correctly to me. Erin Sanders, Sloane Morgan Siegel, and Mike Manning all do very well, with the latter two having a fairly intense story. But the film was never truly about their characters, and it reflected as much. Eric Sanders, as Tonya, also offers up something to enjoy, given she’s a big part of what actually motivates the plot. Still, there’s something that keeps the film from truly feeling like hers.

Shaye and Bell do so much with what they’re given; Bell even giving me a little Jigsaw-vibes when he was explaining the rules of this situation. Shaye could’ve easily “phoned-in” her role quite literally, but she really does the most with every moment. Lin Shaye is who you call when you need emotional and intensity sold, and she does it here.

Now, there’s major two pet peeve of mine when it comes to most horror, especially independent outings like this. And somehow, The Call hits both. We have an 80’s-setting for no reason, and an over-reliance on jump scares, two things that seem to work for some but feel like crutches to me. 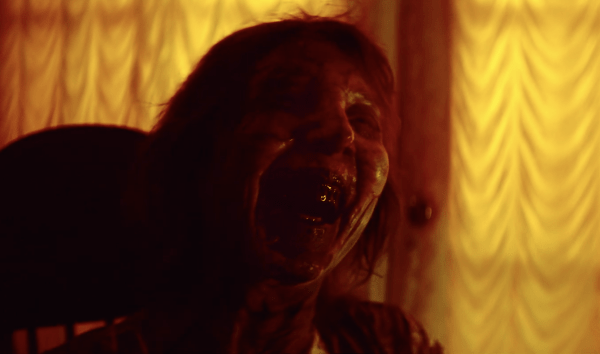 Setting a horror film in what many considered a golden age for the genre makes sense; almost everyone loves looking back on ’80s horror. But The Call didn’t need it, and it honestly just felt like an after-thought or something left up to the art department to carry. Other than having a landline phone be a crux of the film, there’s seemingly no reason to set this during this time period. It’s not like they used the 80s-nostalgia gimmick like Strange Things or other indie horrors like Summer of ’84; it’s just there to add an extra flair and an excuse to have a synth-heavy score.

Well, the score was noticeable when it wasn’t hidden behind a massive sting or swell in the music to scare you. Those fun performances from the acting can be buried quickly when you clutter it with stuff you think is scary. The stories of brothers Zack and Brett has so many harsh beats to it, but it’s hard to see them when we have jump scares and wacky editing to “add” to the moment. It will surely put some people in the mood with the jumps and the nostalgia, but I felt like this deserved a little more than that.

The Call really has a lot going for it, and I am happy to see it was more than just the big casting of Lin Shaye and Tobin Bell. There’s a good premise deep down inside this film, and it’s sold with some stellar actors. It just needs a little more polish to it so that it can elevate the film to a “must-see” level. That says a lot to the talent of the actors and director Timothy Woodward Jr though, as I think their work shined when other parts of the film were trying to dim it.