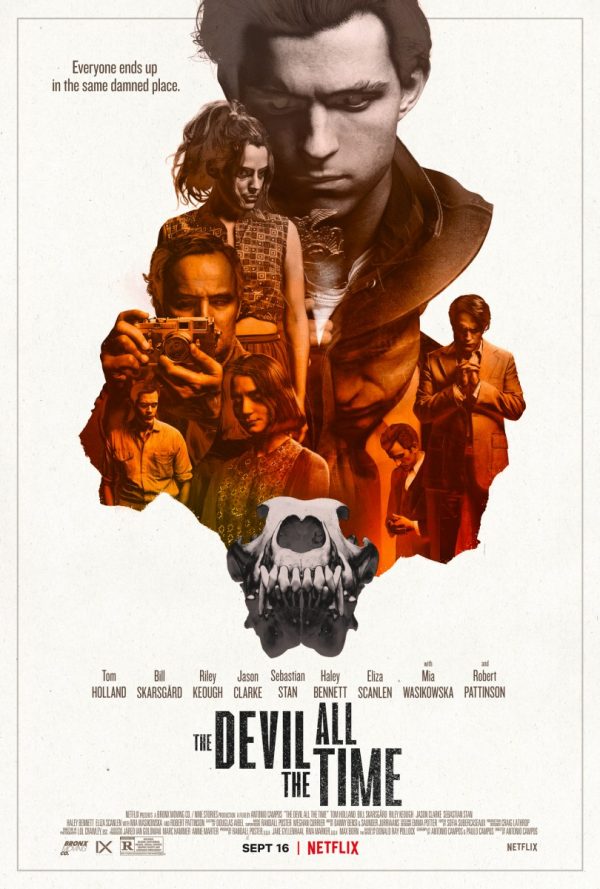 Sinister characters converge around a young man devoted to protecting those he loves in a postwar backwoods town teeming with corruption and brutality. 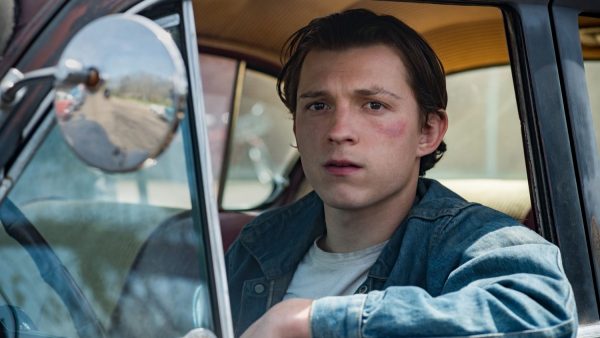 Our challenging present certainly makes it tempting to dive headlong into as much consequence-free cinematic comfort food as we can pass before our eyeballs right now.

And so, for viewers to willingly subject themselves to levity-devoid, pitch black thriller fare requires quite the feat of persuasion, one which this sinewy, compulsively lurid adaptation of Donald Ray Pollock’s 2011 novel manages deftly.

If the marketing for The Devil All the Time has understandably trained its focus on the central hero and villain characters played by Tom Holland and Robert Pattinson respectively, it’s actually far more of a sparse, sprawling ensemble piece focused on almost a dozen equally-present characters eking out life in post-war America.

In one way or another, each of them is bound to Arvin Russell (Holland), a young man whose early life is defined by tragic loss, and who finds himself on a collision course with the sycophantic, hypocritical Reverend Preston Teagardin (Robert Pattinson). 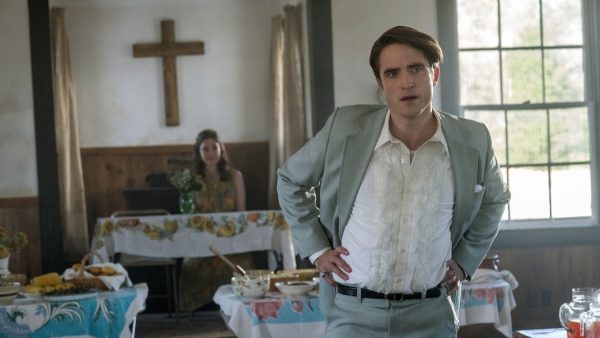 To say much more than that would be to spoil the film’s many unexpected turns of plot, leaping lithely among time periods and characters as it does so frequently. And while its heady switch-footing between subplots across a 138-minute runtime may seem an overwhelming prospect – especially in a film rife with murder, mutilation, rape, suicide, and general human ugliness – rising filmmaker Antonio Campos (Simon Killer, Christine) does a remarkable job steadily sewing these disparate threads together.

Though compartmentalised ensemble pics have a tendency to spread themselves far too thinly in the pursuit of epic human drama, there’s a refreshing simplicity, even intimacy, to the film’s narrative through-line. For starters, time periods are hopped between with a straight-forward efficiency; there’s clearly little intent here to confuse in the sake of “complexity,” and at its core the central tale of family, faith, and revenge is one easily understood.

Thanks to an evocative script from Campos and his brother Paulo, you can practically smell the cesspool run-off bubbling up from underneath the Podunk central town of Knockemstiff, Ohio. 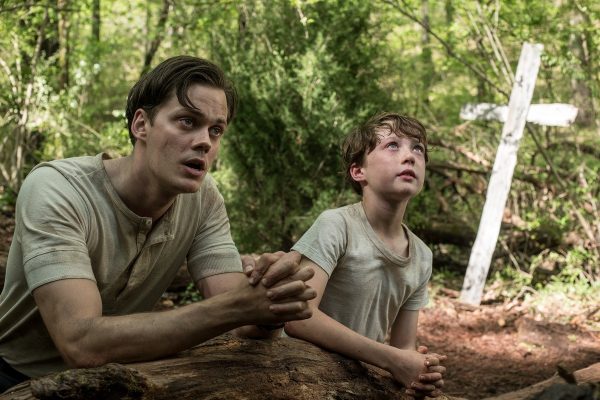 If its unflinching glimpses of violence are sure to leave many wincing if not looking away, it again feels like a natural aspect of the grimy, please-let-me-shower narrative and filmmaking. Beyond his script, which revels in the novelistic thrall of its source material, Campos’ direction is gorgeous in both style and form.

But this is an actor’s movie more than it is anything else, and it’s clear that the entire ensemble is eager to fully give themselves over to the bleak vision. Tom Holland, who hasn’t ever touched material this unforgiving before, does the best work of his career as the likeable yet slightly uneasy protag, a long-suffering young man who finds himself compelled to ward off the evil plaguing both town and family.

Robert Pattinson, though in the movie a lot less than you might be expecting, adds yet another unpredictable high-wire performance to his fast-growing cachet, making Teagardin far more than a mere slimeball caricature.

Elsewhere there’s a strong early role for Bill Skarsgård as Arvin’s PTSD-afflicted father Willard, while Harry Melling is shockingly imposing as mentally ill preacher Roy Laferty, Jason Clarke and Riley Keough impress as a couple with an extremely disconcerting secret, and Sebastian Stan is remarkable as the detestable Sheriff.

If there’s any bum note – and it’s not a major one – it’s the insistent, over-egged voiceover narration provided by the novel’s author himself, Donald Ray Pollock. Though Pollock’s line readings certainly fall in with the established tone, they feel a little over-generous with expository information for a story that’s most effective when it lets the audience think a little for themselves. Is it really important for us to know with absolutely certainty what the characters are thinking? Can we not be left to ponder it on our own?

All in all, though, this is a minor misstep in an otherwise richly conceived and sharply executed thriller. I could not blame anyone who gives the film a wide berth in favour of more upbeat streaming content, but for those prepared to take the dive, an intoxicating plunge awaits.

Though not for those of a queasy disposition, this red-blooded, southern-fried thriller soars off the back of a spectacular cast and Antonio Campos’ tight formal direction.