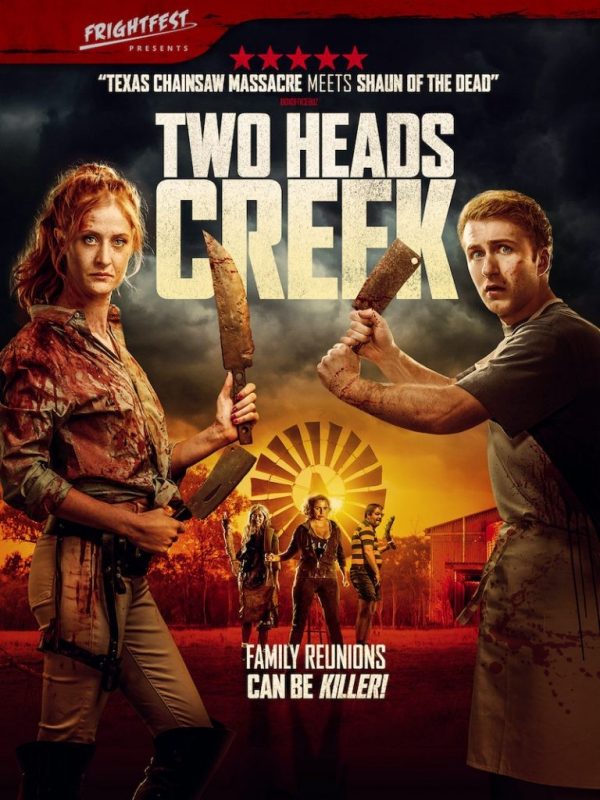 Twins Norman and Annabelle discover that their recently deceased mother was not their real mother and so travel to the small town of Two Heads Creek in Australia to find their real parent, only to discover the locals are a little bit strange. 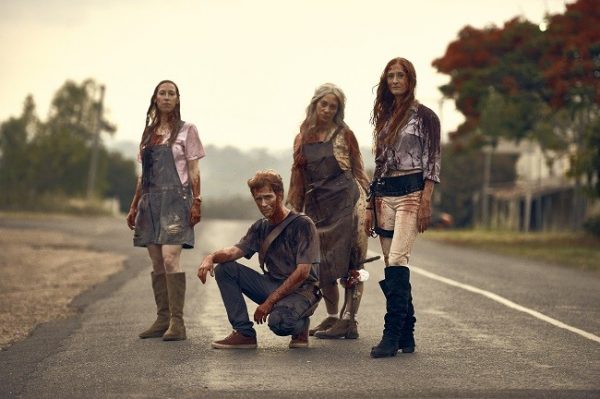 There hasn’t been much to laugh about in the past few months thanks to dangerous viruses, political unrest, divisive social issues and the announcement of a new Paranormal Activity movie, and so Australian filmmaker Jesse O’Brien has made an uplifting cultural clash comedy that seemed to raise a few spirits during this year’s digital FrightFest. But away from the hubbub of an online festival where it sat amongst a few serious, more downbeat movies, does Two Heads Creek have enough going on to keep us amused through these troubling times?

Well, possibly. Comedy is probably the most subjective style of any film and when mixed with horror getting one or the other slightly wrong can be disastrous. Fortunately, Two Heads Creek is not (totally) disastrous thanks to its simple premise, a few (but not many) standout performances and a crowd-pleasing final act that (somewhat) delivers on what the movie promised early on. However, Two Heads Creek stops short of being a complete success as a lot of the jokes do fall flat, the timing from some of the actors isn’t quite there and the journey to get to that final act does feel a bit of a slog at times, and in an 85-minute movie that should not be the case. 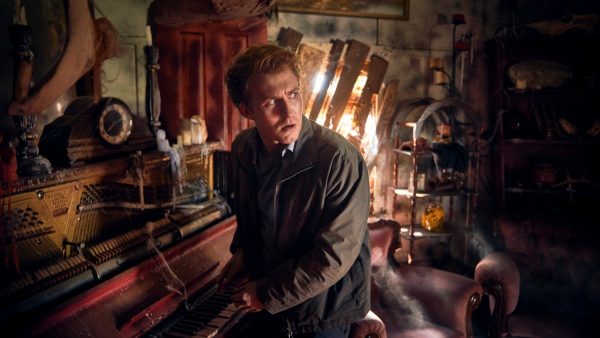 Things start off well, however, when we meet Norman (Jordan Waller – Darkest Hour), a young man who has taken over the family Polish butcher business but gets a lot of racist abuse from the intolerant locals, who take joy in smearing faeces over his shop windows because they know the mild mannered butcher will not say anything. His estranged twin sister Annabelle (Kathryn Wilder – Murder on the Orient Express), an aspiring actress who sees herself as above the rest of the family, comes to visit so they can attend the funeral of their mother, until one of their Polish relatives lets slip that the woman whom they believe was their mother actually wasn’t and the scene is set for the two siblings to go to Two Heads Creek, a tiny town in the backwoods of Australia, to find their real mother.

And, of course, when they get there they find the locals don’t take kindly these prissy English Pommies, and inform the two that their real mother died just before they arrived. Hmm, sounds suspicious… 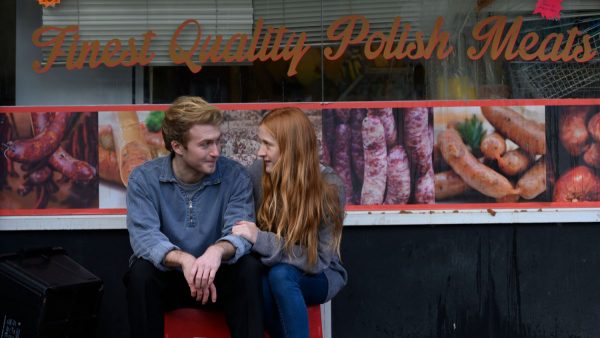 Indeed it is, as it turns out that the town of Two Heads Creek likes to welcome outsiders so they can off them, assisting in Australia’s immigration problem, as it were. What with Norman’s racial abuse in England and the quite openly racist townsfolk in Australia celebrating ‘Australia Day’ by having a barbecue of Chinese meat provided by a busload of tourists, you could say that Two Heads Creek is trying to lampoon the nature of anti-immigration policy amongst the comedy splatter and daft jokes, but in order for that sort of satire to work in a movie like this you need to fully commit to it and you get the feeling that the writers never quite wanted to go full-on, stepping back from the punchlines just enough so you get the flavour of what they’re trying to say but not the full hit of it.

Hindering some of that line delivery are the performances which are, on the whole, serviceable but not great, with a few exceptions. Individually, Jordan Waller and Kathryn Wilder give decent, if unremarkable, performances but when they are together on-screen you do believe that they could be, if not twins, at least siblings, such is their chemistry. However, the real star of the show has to be David Adlam as Eric, one of the townsfolk who works in the hotel and who spends the whole film grinning in a way that suggests he isn’t quite right and is considered the village idiot, a bit like Dougal in Father Ted, only slightly more deranged. It isn’t a huge role but Adlam’s performance is the most memorable and hilarious thing about the movie. 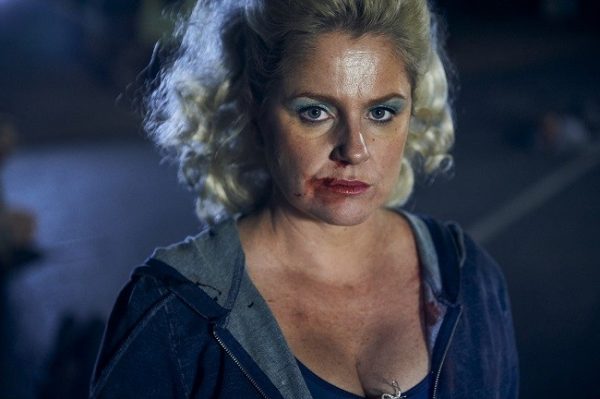 Other than that, though, it is pretty much business as usual until the twins get to the bottom of why the townsfolk are doing what they are doing – they wander here and there, bumping into locals, overhearing dubious conversations and generally not doing a lot. Until the final act, that is, and then Two Heads Creek goes into overdrive as the sub-2001 Maniacs insanity gets ramped up and things explode in a barrage of blood, decapitated heads and a meat grinder that, quite frankly, had to get used seeing how much it was telegraphed throughout the second act. It’s a payoff that is certainly earned after sitting through a lot of talking, unnecessary plot details and occasionally lukewarm humour but ultimately it doesn’t quite feel like enough to justify it.

Nevertheless, Two Heads Creek did appeal to a fairly large audience when screened during its festival run and you can see why as, given the circumstances it was viewed in, it does raise a few – but just a few – laughs along the way, it looks very nice and is competently directed but given that the films it was competing against were fairly dour, low budget character pieces it did stick out quite a bit just for being more light-hearted and fun. Overall, it is worth a watch if slapstick gore makes you smile but how much you smile on the run up to that finale may be questionable.