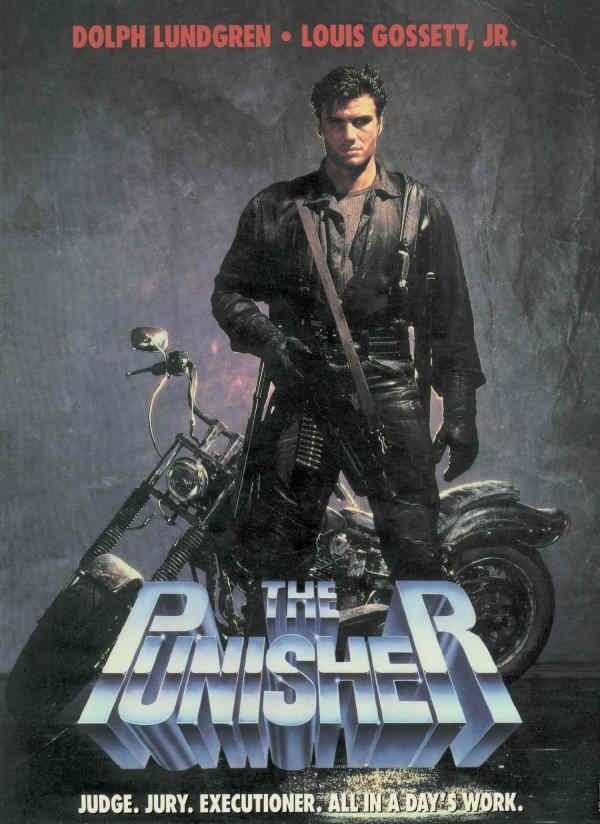 We’re in full Marvel swing now. Not merely the official studio releases that have come with blistering regularity since Iron Man, but we’ve also had an array of X-Men and Spider-Man films from other studios. The success of Marvel comic creations has really led the way in the genre from Blade in 1998, through to the first couple of Sam Raimi Spider-Man films (and Bryan Singer’s first two X Men films). Meanwhile DC has always had Batman lurking with Tim Burton and Christopher Nolan doing great things. Whilst the more recent DCEU official studio output has been a mixed bag critically, commercially they’ve largely been successful.

People love comic book films. That’s the gist. This hasn’t always been the case. Aside from Tim Burton’s take on the caped crusader in two successful films and Richard Donner’s Superman, the 80’s and 90’s was a comic book wasteland largely (up until Blade). From dire sequels for the man from Krypton (most notably the fourth and infamous ‘Cannon’ film which not only killed a franchise but hammered a nail in the coffin of that studio) to cheap adaptations of Spider-Man and Captain America which ranged from TV specials (more in line with Lou Ferrigno and Billy Bixby’s Incredible Hulk series, without the budget) to Albert Pyun’s big screen adaptation of Cap, which failed to pick up a wide audience (and was destroyed by critics). Pyun was also set to make a Spider-Man film for Cannon studios before they began crumbling apart and couldn’t find the resources (and given how cheaply they could make genre films back then, that says a lot for the Go-Go Boys).

Around the same time as Tim Burton’s Batman was breaking ground and even creating entirely new classifications at the BBFC, a more underground Marvel character was also getting an adaptation. The Punisher. Directed by Mark Goldblatt, usually a master editor by trade, and starring Dolph Lundgren at the height of his powers. The film pretty much disappeared into a video graveyard for a number of reasons. Don’t laugh… but in one respect it was ahead of its time (parts of what Nolan did in his Batman films for example, Goldblatt et al, attempted with The Punisher). It was misunderstood too and the small cult of Punisher comic fanboys who did seek out the film were let down by the adaptation. 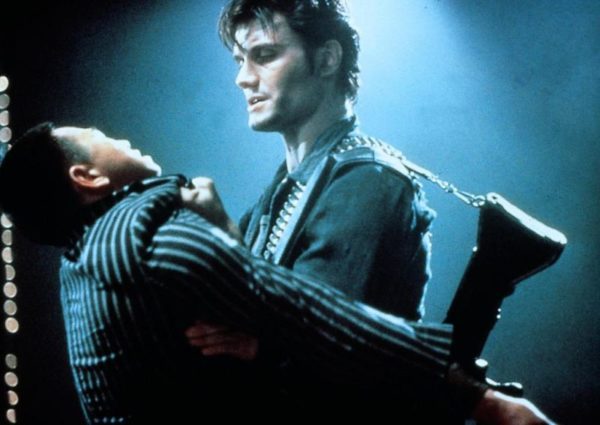 One of the biggest complications for the film was that the studio behind it, New World Pictures, was in an ownership transition (the new owners were more focused on video releasing). This left the film being put out without much care and in the end it bypassed theatres in the US, its prime market. There were two ways to look at Lundgren as a leading man at the time too. Either he wasn’t bankable theatrically, or he was incredibly unlucky as a string of films had all manner of studio problems which ultimately affected their release. The reality is somewhere in the middle.

The Marvel men, Stan Lee and Jack Kirby, supported the film but didn’t have a massive amount of involvement back then (likewise many of their other early adaptations). Lundgren’s Punisher is often viewed as a red-headed stepchild of Marvel. Cast aside and unwanted but that’s not entirely the case. In principal this film had the makings of being a success. As was true of a lot of Lundgren pictures at the time. That it wasn’t a success (theatrically), largely due to studio problems just summed up Lundgren’s luck. If he fell into a barrel of boobs, he’d come out sucking his thumb.

The whole background into the production is compelling and fascinating. I could do piece upon piece but I’ll say it’s worth investing some research and reading into it. Likewise keep your eyes peeled later in 2018 for the English version of Jeremie Damoiseau’s book. It’s been released in French thus far but the English version, The Punisher: The Untold Story of an 80’s Cult Classic is on its way. It will be loaded with candid info on the film. It’s absolutely packed with in depth information from an array of sources. Many movies have an interesting production, but the first Punisher is truly fascinating. 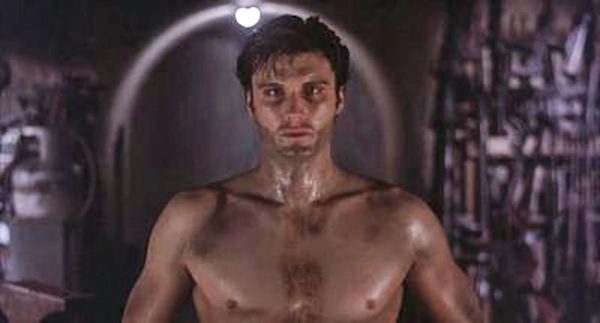 In the years since release, The Punisher has increased its cult following. It was initially very popular on video, as most Lundgren releases were. Whilst critics and non-genre fans dismissed it as trash initially, it has often been re-appraised in the last decade particularly. It has now found more appreciation for its finer points. Whilst some of the source changes (Castle dwelling in a sewer) and lack of skull may have irked some, as a late 80’s action piece, it’s solid. Add to that fine performances from the two villains of the piece, Kim Miyori and Jeroen Krabbe, and a committed performance from Louis Gossett Jr as Frank Castle’s ex-partner. The supporting elements were all in place to prop up Lundgren, considered at the time as more athlete than actor. The end result is that, even if it doesn’t always feel like the Marvel view of Castle, Lundgren’s version of a ghostly, haunted shell of the man he was, is effective. It’s less about incandescent rage and more about drifting on a single purpose. His humanity has been stripped away. He’s running on embers and vengeance is all that’s keeping him going. He’s not Charles Bronson in Death Wish, he’s something else entirely and he differs a lot from the other varied depictions of Castle we’ve seen in two other films and the recent Netflix series. It’s almost like Lundgren’s Castle is habitual rather than driven by anger. Or at least 125 kills in, the anger has been wrung dry to just a mechanical, ghostly response.

For me, where The Punisher most fits in, is as an entry into Ozploitation (shot in Australia with an Oz production company). This is more Mad Max than Marvel. There are certain grimy, grindhouse elements which work well. Visually it’s dark, murky and damp whilst the action is fast and visceral (and non-stop). Certain elements are grounded, stripping away the bright campy colours more associated with comic books. Of course Burton did that, but Goldblatt’s approach had more aspects tonally, in tune with Nolan, and in the style that seems to have been since adopted by DC in particular. The music from Dennis Drieth adds a great melding of Danny Elfman bombastic with haunting synth drones you’d expect more in 80’s horror. It’s a unique score but it effectively accentuates the idea that Lundgren’s Castle exists in his own realm, barely clinging onto what’s left of his soul. Drawn and dead eyed, occasionally his humanity breaks through in some memorable dramatic moments. Castle’s scene with his ex-partner is a really good scene, as is the pre-finale scene in the elevator (with Krabbe as Castle must reluctantly partner with his nemesis), and post-finale scene as Castle gives his criminal foe’s young son a choice between revenge or redemption. Lundgren has often been dismissed as a poor actor, but whilst inconsistent, he’s very good in The Punisher, particularly in key moments. 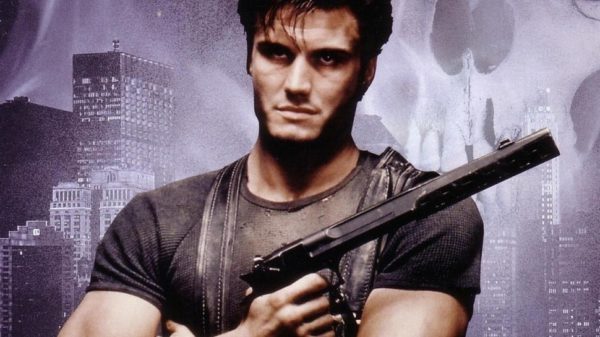 Another aspect where the film is somewhat ahead of the curve is with the fight sequences. Albeit briefer compared to the relentless gun battles, Lundgren, a former Karate champion and black belt, is adept in some grounded fight sequences which go for ruthless efficiency and brutality and an element of reality that differed entirely to what audiences were becoming accustomed to with Jean-Claude Van Damme for example. They looks less showy and choreographed and more down and dirty. His two on one bout against two Japanese henchmen, and then a mute female ninja are two great highlights. The film’s introductory action scene is also simple and effective as we get brief glimpses of Castle silently taking out group of gangsters. It would later get reworked almost play by play in the intro for Leon. Whilst a samurai showdown complete with lighting colour shift can also be seen again in Kill Bill Vol. 1.

Judged more realistically on its own merits what you are left with is a fast paced, lithe action film with touches of drama, interesting villains (something that is almost non-existent in modern Marvel films up until Black Panther reversed that trend). It has goofy moments. It wears some of the trashier grindhouse elements on its sleeve, but those aspects have fallen back into fashion which has led to a new found appreciation. We are now at a point where the film gets dedicated theatrical showings all over the world as people find a lot to appreciated about a film that has caught up to a willing audience, and I would certainly recommend seeing it on the big screen if you ever have the chance. Well worth checking out. I fully appreciate why it’s an acquired taste but give it a try if you haven’t.

Tom Jolliffe is an award winning screenwriter and passionate cinephile. He has a number of films out on DVD/VOD around the world and several releases due in 2020/21, including The Witches Of Amityville Academy (starring Emmy winner, Kira Reed Lorsch), The Return of The Tooth Fairy and the star studded action film, Renegades. Find more info at the best personal site you’ll ever see…https://www.instagram.com/jolliffeproductions/