Martin Carr reviews the second episode of The Boys season 2… 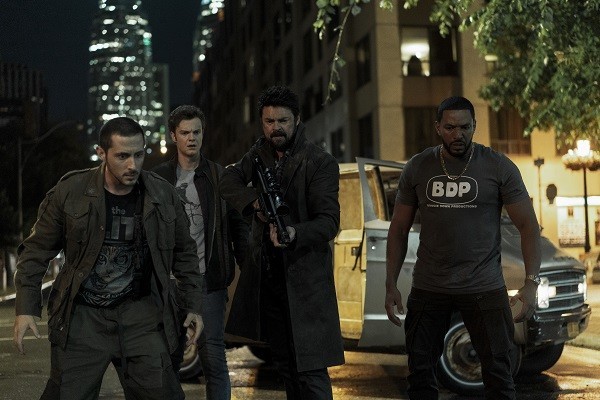 The Boys has always been about identity, either those we share in private, those we flaunt in public and to a lesser degree the one we don’t talk about at parties. In a society defined by misinformation, corporate spin and increasingly personal agendas, this show has never been more pertinent or on point. It also remains unintentionally topical due to the global lifestyle change, increased proximity and inherent paranoia this has brought out in certain people. Toxic masculinity and denial in persons of power has bled into homes causing already fractious relationships to escalate. This has led to an overcompensation in some and buck passing reaction in others, where governments have prioritised economic stability over public safety. This is just one of the elements which The Boys addresses head on.

Objectification also rears its ugly head through relentless promotional junkets and an insistence on physical availability to a mass market. That they blatantly undermine the superficiality by using an empowered female mouthpiece in Stormfront, might not be subtle but proves effective. Aya Cash spends her time laying waste to the best laid plans of Vought with buckets of sass and slices of sarcasm so thick you could serve it. She takes gender conventions sets them on fire and chews through every scene leaving teeth marks. Queen Maeve and Starlight might follow her lead but she is brandishing the flamethrower. In direct opposition to this breath of fresh air is Homelander. 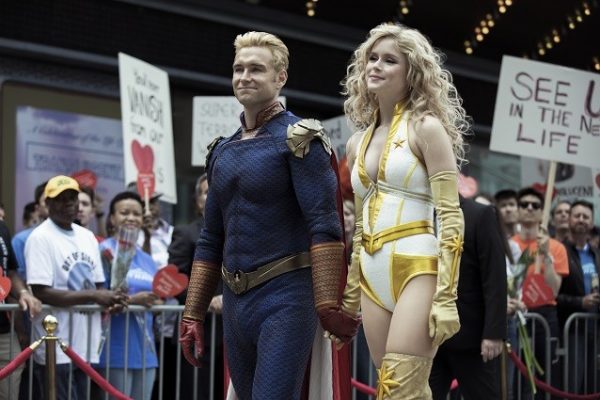 Both friend and foe wrapped in a star spangled banner he has morphed into some sort of corporate man child. Increasingly untethered from reality his performance personifies the attitude of corporations who wield power, press for personal advantage and fail to look beyond their own self-interest. He is possibly the biggest contradiction in a show which specialises in playing fast and loose with audience expectations. Wrapped in a bubble of social isolation, denied human contact and imbued with unlimited superhuman abilities Homelander is a ticking time bomb. That he retains a degree of empathy beneath those baser instincts is down to the performance, which is complex yet never feels ostentatious.

Plot wise season two also addresses families and thrives on relationships either through friction or dysfunction. That refers to anything from The Deep and his rehab buddy up with herbal tea healing gurus, through to Becca playing house with an emotionally repressed adult with mummy issues. For those who thought that The Boys was incisive, contentious and confrontational first time round buckle up. With season three greenlit someone at Amazon has clearly gone full native and is sat naked, burning BBQ and singing Kumbaya round a campfire.

The Boys season 2 is currently airing on Amazon Prime Video.