Dynamite Entertainment has announced that it will kick off Year Two of Christopher Priest’s run on Vampirella with a brand new story arc this November, ‘Interstellar’, which begins the pages of Vampirella #16. 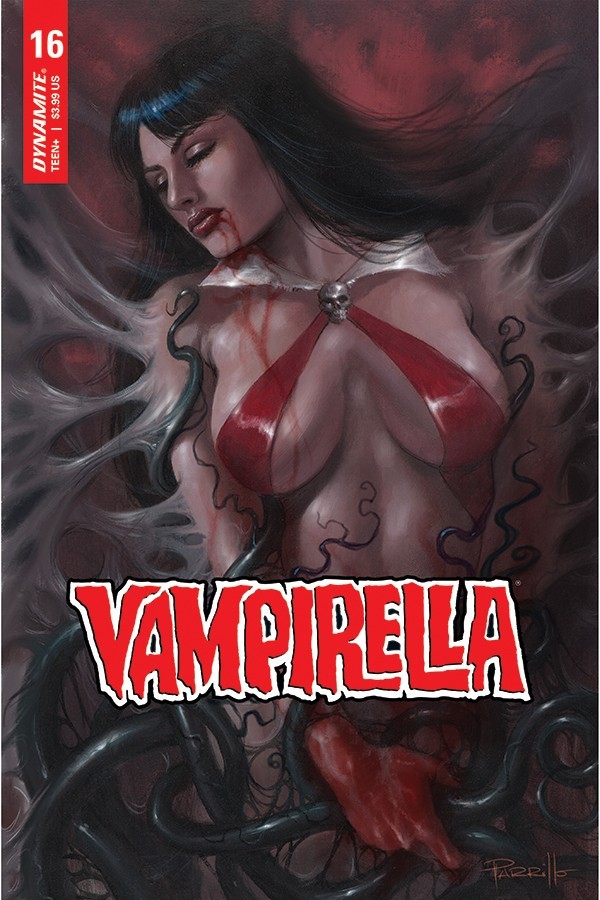 “The overwhelming reception to our 50th-anniversary launch prompted Dynamite to expand our take on America’s favorite space vampire,” said writer Christopher Priest. “Shifting some story into our new Sacred Six title, clearing the way for a return to the character’s science fiction roots here as we journey beyond our domestic settings into the weird and horrific planet flowing with rivers of blood. How will Vampirella star in two books at one time? We’ve got that covered. Trust me!”

Those familiar with the Daughter of Drakulon’s origin know it shares elements with some other luminaries of her native medium. From the confused man accidentally landing on the “shores” of her native land, to her undercover alien immigrant status on Earth. Now with her infamous mother, Lilith, vanished under mysterious circumstances, Ella must return to her home planet to rescue her – maybe. To do so, she must retrace her steps back to her beginning, find that man, and recreate the accident that brought him to Drakulon. And what she finds there is a tribunal against Lilith for the ravaging drought, social unrest, and economic disaster left in her wake. While they turn their eyes to the plentiful “cattle” on Earth full of life-sustaining blood… 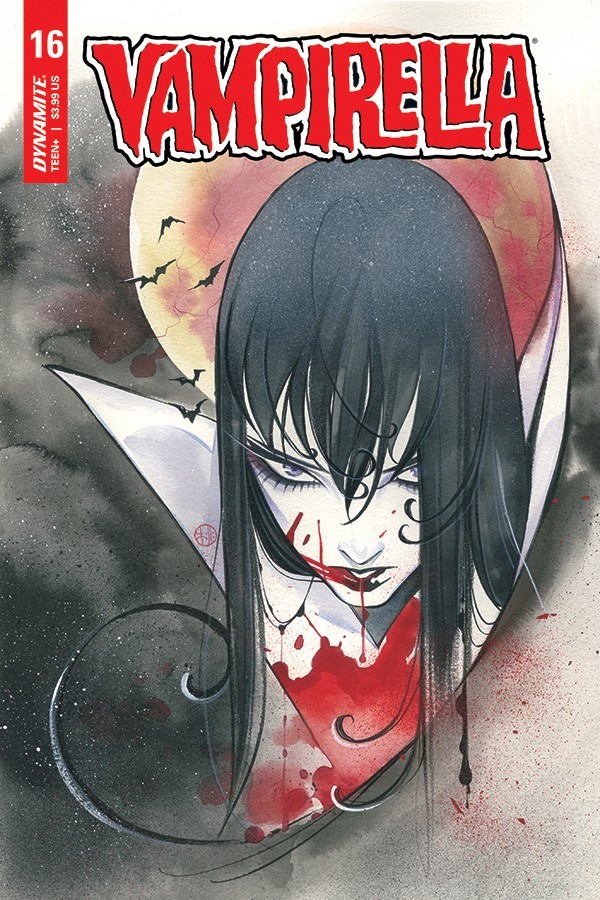 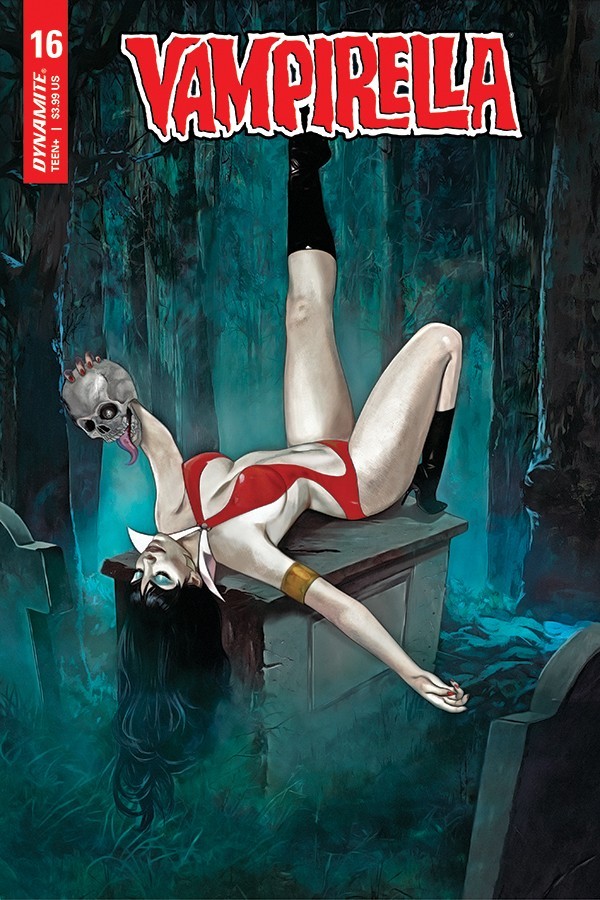 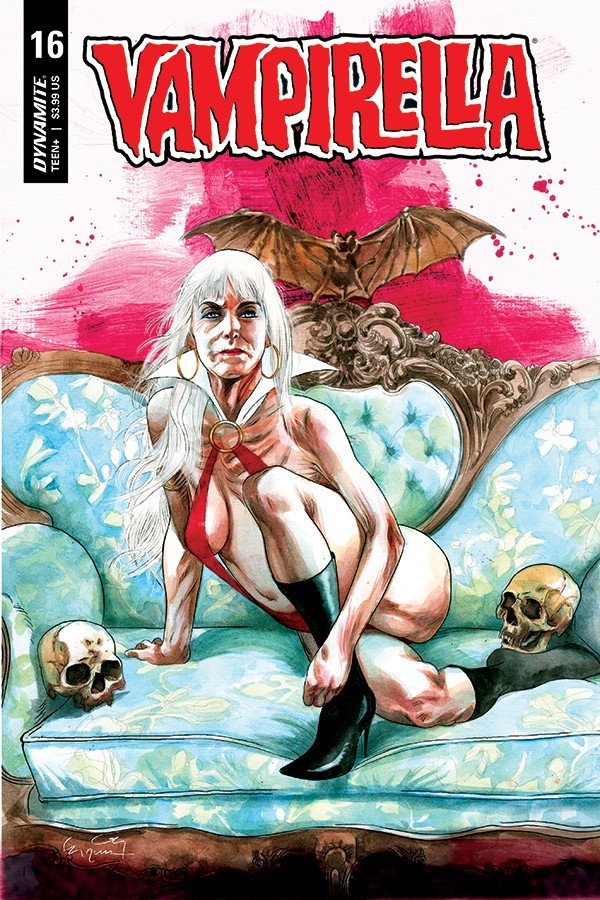 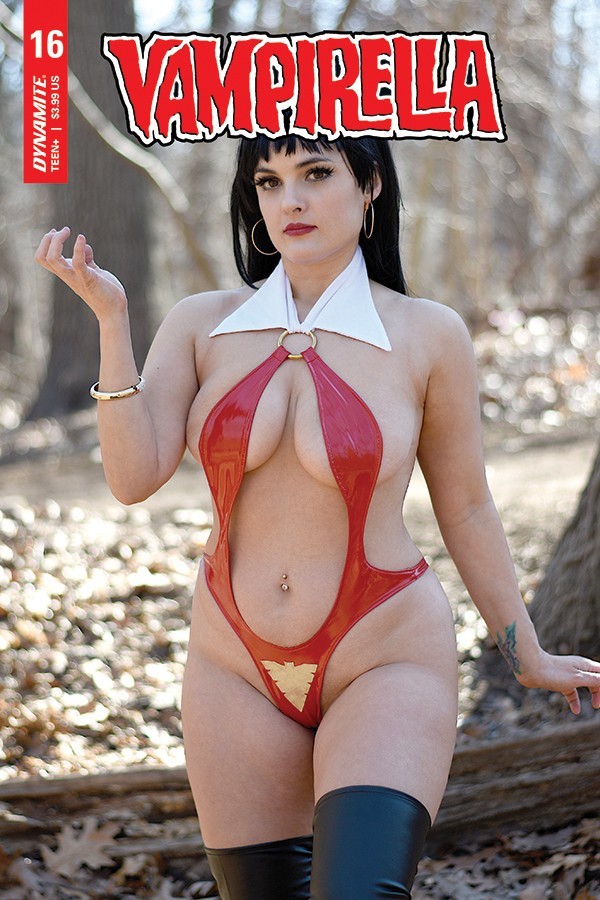