A look at how much human beings are like animals. 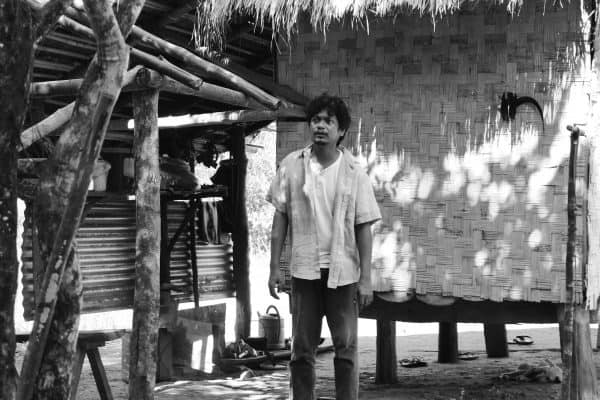 Lav Diaz’s (Norte, the End of History) new 157-minute film will likely seem like a positively restrained effort to his followers, given that it isn’t uncommon for his works to run upwards of four hours, and even as long as eight.

And yet despite its more lithe, manageable runtime, Genus Pan still can’t mask its filmmaker’s craven excesses, which only diminish the power of an otherwise enticingly strange story.

Andres (Don Melvin Boongaling), Baldo (Nanding Josef), and Paulo (Bart Guingona) are three men coming to the end of a job working at a gold mine, at which point they trek through the wilderness towards their home island of Hugaw. However, as the trio spend more time together, grim truths emerge and slow-acting paranoia begins to infect them with disastrous results.

Anyone familiar with Diaz’s work will know that he’s never one to rush things along, but in the very least his latest is, despite its many airy, dialogue-free scenes, actually full of chit-chat and, dare one say, an actual plot. Whether audiences find the story entrancingly meditative or too dull to register, however, is likely to vary wildly. 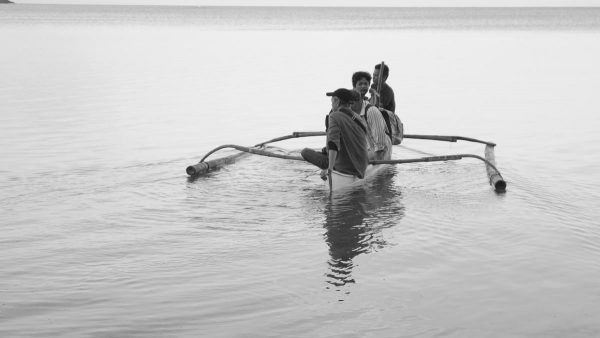 One of the very first things we see is Andres having more than half his wages garnished by his boss, an apparent fee for scoring him the job in the first place. It’s especially insulting to Andres because he needs the money for his ill sister’s medication, paying for which is presented as a near-Sisyphean task due to the rampant local corruption.

Capitalism is a cancer which makes animals of us all, Diaz astutely argues, reducing us down to our basest instincts. Andres is treated like shit, almost buried alive in the mine, and is expected to be grateful for the opportunity to do so. Rather than toe the line, though, Andres laments his “godless” island homestead, having suffered through the murder of his brother at the behest of the ambiguously presented – yet clearly monstrous – local authority.

Andres’ defiance invokes the ire of Paulo, however, who is protective of his own family and friends in the surrounding area, and fears reprisals if Andres speaks up. On the other hand, Baldo is a more clearly-drawn agent of The System, playing it as best he can and undeniably poisoned by it, even if he also has his own share of problems – a dead wife, and a daughter at home. If Andres and Baldo represent two disparate philosophical poles, Paulo is the mediator; a simple dynamic, yet one which works well enough for Diaz’s purposes.

Much of the film relishes in its stripped down, melodrama-free approach, steeped instead in evocative stories shared around a campfire, such as Andres explaining the drowning death of his father with a certain quiet brutality. 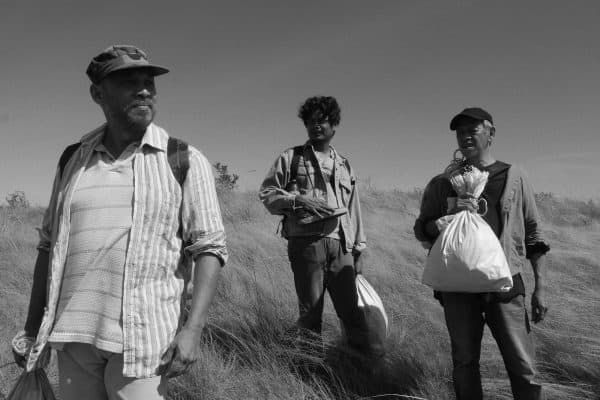 The easy-going tenor of these earlier scenes lays the framework for a tonal shift around the mid-way point, where a Herzog-aping level of madness begins to set in, with Baldo coming to believe that the three of them are afflicted by a whispered-about local curse. Tension mounts as the threat of possible violence looms and night descends, to say nothing of a dark secret which two of the men harbour.

The logline for the film defines Diaz’s mission objective as paralleling the behaviors of men with animals, and a mere half-hour into Genus Pan, this is literalised with a frankly baffling, out-of-nowhere piece of voiceover as two doctors discuss that very concept. Played almost entirely straight, the exchange deduces that many humans still have brains equivalent to chimps, and that only those benevolent in the vein of Christ, Gandhi, or Mother Teresa have evolved far beyond this. It’s hilarious, and yet both weirdly obvious and discursive.

If much of Diaz’s mini-epic is rooted in the sheer mundanity of people walking from place to place on their trip home, there are also brief bursts of violence, which must be talked about simply because they look so embarrassingly amateur, as to approximate a student film project.

Captured as they are from a locked-off camera, it’s clear the actors are pulling their hits, and so egregiously awful-looking that I almost convinced myself it was a cheeky conceit to somehow make light of film violence. But the more likely truth is that it just highlights the limitations of Diaz’s observational style where more exerted incident is concerned. 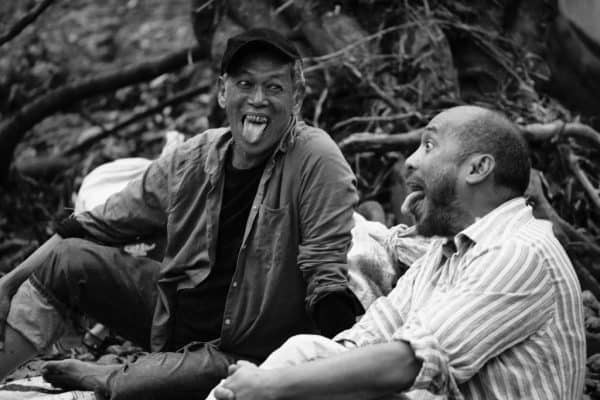 While certainly not a ravishing project, Diaz clearly knows how to put a film together. Despite the low-fi, over-saturated monochrome cinematography, there’s a relaxing appeal to the observational, pared-down visuals, peeling back the staging and letting the characters’ humanity come to the fore – as well as the gorgeous natural scenery.

Aurally it’s a suitably minimalist affair, underscored by babbling brooks and roaring winds as the trio makes their trip, though it veers into sloppy territory when Diaz deploys a howlingly cheap-sounding stock gunshot sound effect in one pivotal scene. Given the intended solemnity of the sequence, such corner-cutting renders it unintentionally funny.

Still, there’s an appealing, lived-in atmosphere to the film that’s intoxicatingly bizarre, made all the more intriguing by performances which play things po-faced for the most part.

Though compared to Diaz’s larger-scale epics Genus Pan is positively measured, even restrained, it’s still an undeniable slog that trundles its way unsteadily towards an agonisingly prolonged denouement. There’s probably a very good two-hour indictment of life under corrupt capitalism waiting to be whittled out of this thing, but instead Diaz uses his languorous canvas to bleakly reiterate a fairly simple point.

Is there any scenario where I’d watch it again? No, but did I feel like I wasted my time? Mostly not. This grim, oddball treatise on unchecked capitalism won’t win Lav Diaz many new fans, but if you can forgive its elongated runtime and technical eccentricities, it’s just compelling enough to work.