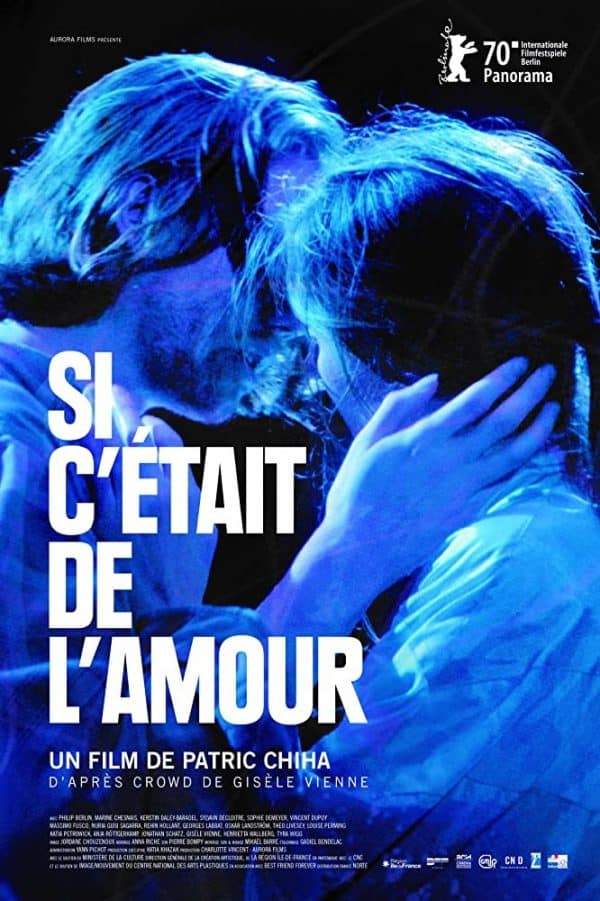 They are fifteen young dancers of various origins and horizons. They are touring “Crowd,” Gisèle Vienne’s dance piece on the ’90s rave scene. Following them from theatre to theatre, If It Were Love documents their work as well as their strange, intimate relationships. 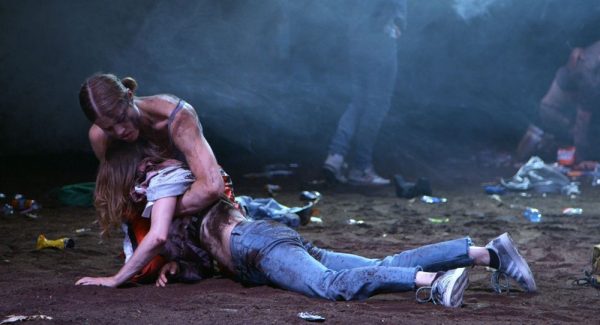 The intermingling of performance and reality has and likely always will be a popular cinematic theme, and is lent an especially beguiling treatment in Patric Chiha’s (Brothers of the Night) boundary-blurring documentary.

For as long as performance art has existed, those working in close physical proximity to one another have had to navigate the line of interpersonal intimacy, as Chiha’s doc makes abundantly clear, switching as it does from extended sequences of paired-off dancers writhing around one another to discussing their varying abilities to leave any real yearning on the stage.

If spare formally, Chiha’s film is nevertheless a transfixing celebration of the physicality of dance, and how that can transpire into tense, loaded sexuality. “Taste every touch,” Vienne tells her troupe, while workshopping a mesmeric routine in which dancers lean in to kiss their partners, only to pull away at the last moment. 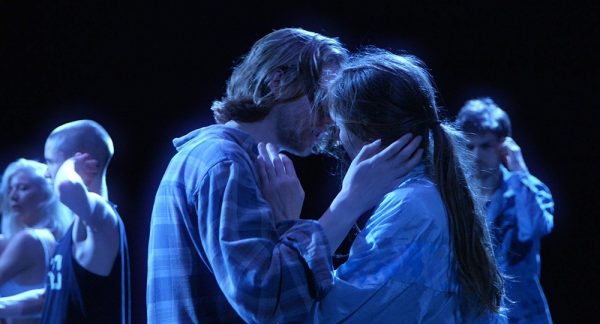 Even if the central conceit doesn’t vibe with you, the entrancing dance sequences likely will, backed by thunderously intense acid house licks of the era. The tenacity of the music isn’t always matched by ferocious dancing, though; often Chiha’s film is focused on the micro-movements and subtleties of a dancer’s stride that most of us take for granted. We frequently hear Vienne instructing her dancers, “Don’t accelerate,” seemingly preferring to explore every last sinew of a dancer’s movement potential.

Sandwiched between the dance routines are a series of discussions as the dancers speak of their love lives, their struggles to switch off once the lights go down, and the sometimes-ridiculous backstories to their characters within the production.

It’s fair to say that we don’t get to know most of the dancers too well, beyond their physical expression at least, but in many of its best moments If It Were Love is very much an interpretative dance showcase, with audiences asked to consider the feeling of every loaded glance and hand movement, gifted with the added knowledge of some of the dancers’ inner anxieties.

Though in fairness, Chiha shoots the dialogue scenes in such an invasive way that we can’t ever be sure quite how much of it is true documentary or veiled narrative. Either way, the discussions therein feel entirely genuine. 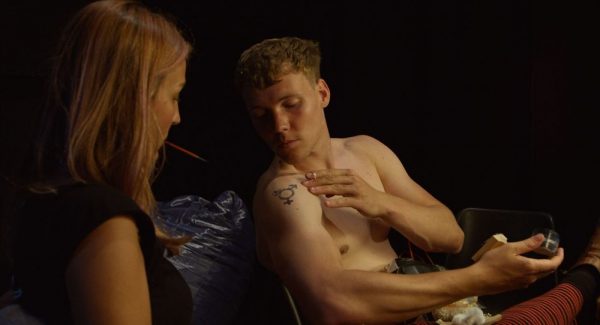 Chiha’s film is largely characterised by long, observant takes, scored near-always by of-the-time music, whether synthy drones or pulsing electronica primed to have you reaching for the MDMA and glowsticks; Gaspar Noé’s delicious Climax is the most obvious recent cinematic touchstone.

Like Noé’s film, this doc is never more engaging than in its dance set-pieces, though arrives at a gorgeous closing celebratory montage of the ’90s rave boom with home video footage from the period, set to Global Communication’s haunting ambient house classic “14:31.” It ensures the film ends on an unexpectedly melancholic note, noting the agony of times past, and perhaps also the pain of our central performers juggling their various modes of operation.

While not without its languorous diversions – especially an extended performance piece of sexual longing in act three – and certainly more diverting as concert film than character drama, If It Were Love prevails as a testament to its central troupe and their commitment to such physically demanding work.

Sensual, sexy, and hypnotic, If It Were Love delivers a wistful, charged tribute to the bygone ’90s rave culture, even if it likely won’t rouse much interest outside of its firm niche.