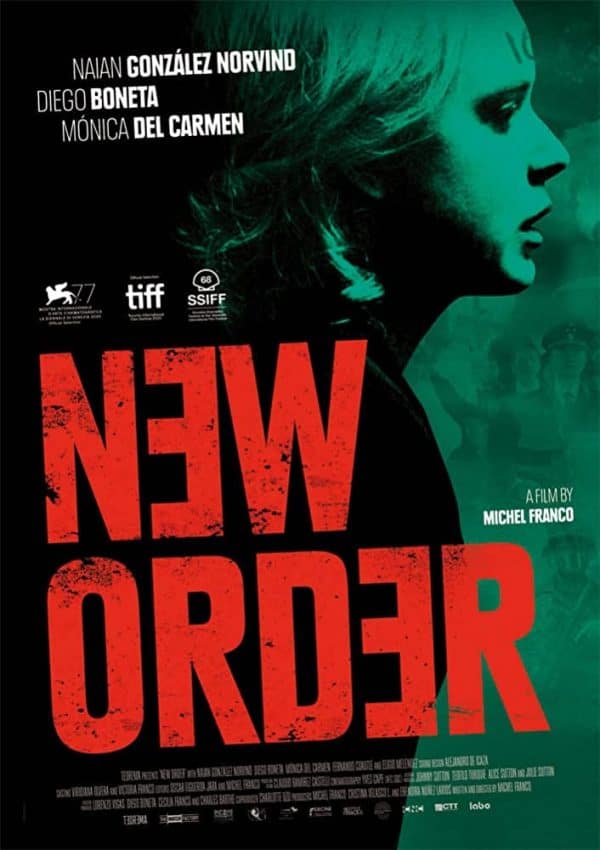 A high-society wedding is interrupted by the arrival of unwelcome guests.

In a feat as impressive as it is maddening, Michel Franco’s (After Lucia, Chronic) new film – which scooped Venice’s Grand Jury Prize – just might be his most outwardly bleak and aggressively nihilistic project to date. Proudly divisive by design, New Order will leave as many grossed-out and annoyed as exhilarated and even perversely amused.

In Mexico City, Marianne’s (Naian Gonzalez Norvind) wedding is taking place at her well-off family’s lavish home, just as a civil uprising begins to unfold outside. Before long, Marianne and her guests find themselves besieged by a fleet of violently angry protestors, leading to a desperate fight for survival.

Unsurprisingly, Franco’s film is not remotely interested in subtlety, opting instead for a rip-roaringly chaotic 88-minute thriller with few demure or restrained proclivities whatsoever. An opening montage hints at the impending mayhem to come, of paint-covered corpses being removed from their death sites around the city, and of patients being hastily evacuated from hospitals after protestors frantically occupy them.

Things calm down for a brief while after that, with Marianne’s family waiting for the registrar to show up while various business affairs are discussed. But before long, green paint seeps out of a bathroom tap and a party guest is pelted with paint on their way to the wedding, all while radios report the increasing unrest taking place in the wider city area. 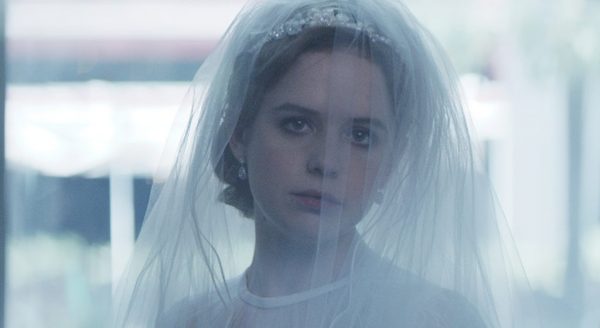 At the start of act two, Franco’s film flashes into high-gear, crackling with energetic violence as several characters we’ve spent the last half-hour with are dispassionately offed without any of the typical Hollywood ceremony. The comparisons to Michael Haneke are inevitable and earned, with scenes occasionally undercut by a subtle black humour, particularly the glimpse of a dog licking a pool of blood outside the commandeered hospital.

If on the surface New Order might sound like an exaggerated call to rise up against society’s wealthy oppressors, Franco’s politics aren’t worn quite so blatantly, and as such the film is likely to piss off both “sides” of the spectrum near-equally. In its more downcast second half, the uprising is seen to be far more of an organised attempt to turn the tables on the privileged, at which point one could assume Franco is commenting upon the equally fascist potential of the militant far-left.

This is a film where truly sympathetic characters are in short supply, yet every single one of them is put through the thorough mangle by film’s end, if they’re even lucky enough to survive to the credits. Marianne is the one “good” member of her clan, who actually attempts to help her family’s former employee Rolando (Eligio Meléndez) when he arrives at the wedding begging for a $200,000 loan to cover his wife’s heart valve replacement surgery.

But for her kindness, Marianne suffers all manner of indignity throughout, being captured and ransomed off by the protestor militia, leading to a brief yet extremely upsetting rape scene sure to leave audiences squirming if not outright packing up their bags to leave. Elsewhere another unknown character has their anus tasered, because why not?

Beyond the actions of Marianne and a few genuine others, there’s little in the way of hope or faith in humanity here, simply the feeling that the majority of people will sell others and their own ideals down the river if there’s a material benefit to be found. 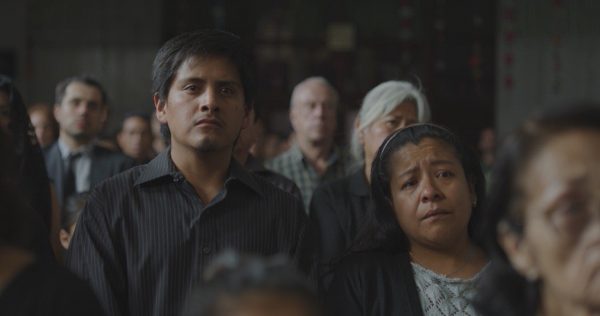 At this point it can be said that act three begins to swallow its tail somewhat, the avalanche of corpses, betrayals, and set-ups simply feeling too exhausting for their own good – perhaps intentionally. Without getting too specific, the film’s predictably, self-consciously grim ending smacks of a director keen to poke and prod yet without saying anything much specific about society – beyond the fact most of us can be pushed to violence, of course.

Though periodically riffing on effete classism and the wanky mores of the upper classes, and implicitly critiquing a fundamentally predatory healthcare system, for the most part Franco plays his premise straight without satirical embellishments. A few near-comically dystopian flourishes in the final reel get close, though.

But this is a confronting and ugly story as it probably should be, even if Franco rather sprints his way to the finish, which as many will view as a mercy as others will find overly hurried. Given that more than a month passes over the course of the film’s 88-minute runtime, the filmmaker barely lets us feel it. By any measure it’s at least compellingly shot by Yves Cape (Holy Motors), with Cormac Roth’s ominous droning score accentuating the discordant hopelessness of it all.

It’s tough to appreciate exactly what Franco is trying to say here, but New Order‘s brazenly brutal vision nevertheless lingers in the brainpan for better or worse.