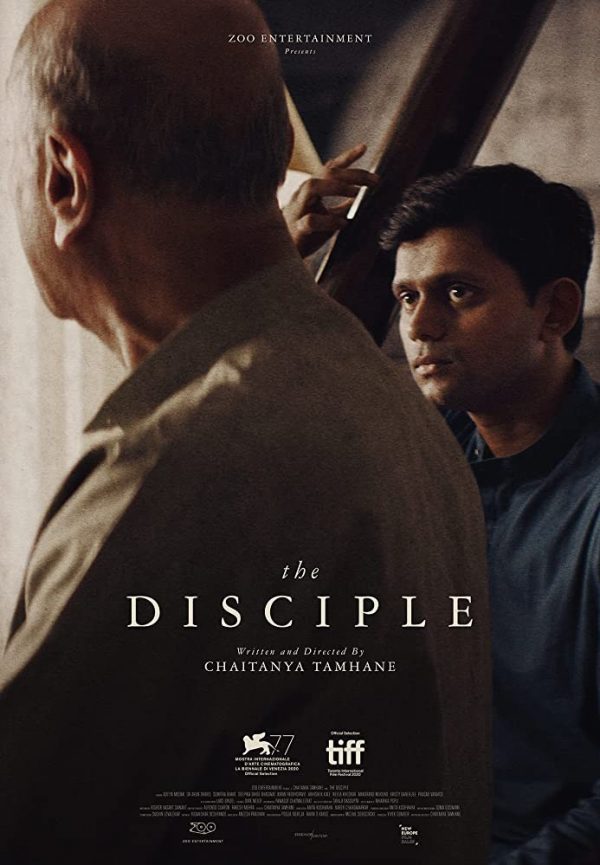 Sharad Nerulkar has devoted his life to becoming an Indian classical music vocalist, diligently following the traditions and discipline of old masters, his guru, and his father. But as years go by, Sharad starts to wonder whether it’s really possible to achieve the excellence he’s striving for. 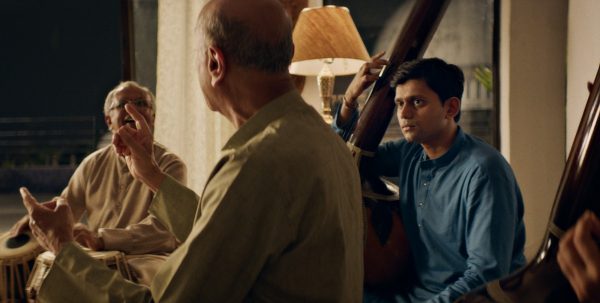 It’d be too easy to give Chaitanya Tamhane’s (Court) sophomore feature – executive produced by Alfonso Cuarón – a surface-level comparison to Whiplash, given their mutual focus on perfectionist musicians striving for success and fame at the cost of both family and the self.

But The Disciple is very much its own hypnotic beast, and despite the challenges it offers to audiences unfamiliar with the central genre of music, is abetted by the efforts of a sure-handed director and terrific lead actor.

Before we veer away from the Whiplash parallels entirely, to be clear, Tamhane’s film isn’t nearly as dramatic or heightened as Damien Chazelle’s Oscar-winner; there aren’t any car crashes here, nor any sort of climactic on-stage showdown.

It is a film far more measured in its severity, less concerned with the diametric opposition of student and teacher – though that conflict certainly exists – but more the physical, emotional, and spiritual toll of chasing perfection. This spans from a mere sore throat to a plague of self-doubt as Sharad ponders whether he’ll ever get to a level to earn his master’s approval. 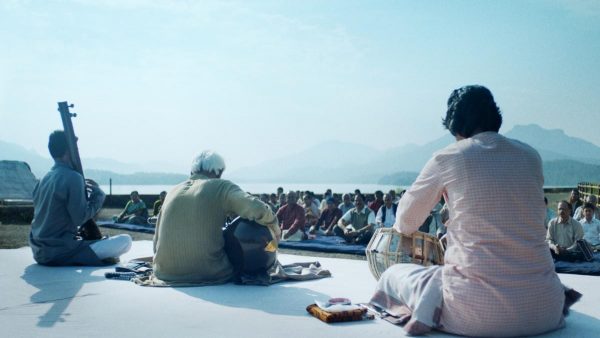 Despite a setting and immediate subject that will be unquestionably “other” for many audiences, writer-director Tamhane quietly touches on a universal sense of frustration felt by anyone trying to break into any sort of insular industry or group, defined by politicking and tradition as they so often are.

At the same time, Tamhane is also a realist about Sharad’s chances, noting that the special sauce of greatness can’t necessarily be taught, no matter how singularly one dedicates themselves to a discipline.

Sharad’s journey is told with compelling restraint by Tamhane, whose smooth, patient opening coverage of Sharad watching his master’s performance sets the tenor for a film filled with gorgeously methodical sequences, such as a recurring visual motif of him riding his motorcycle in slow-motion while listening to recordings from one of Khayal’s most revered practitioners.

There’s an engrossing, subtle unease which slow-builds through the spine of the film, again defined by the many times Tamhane decides to focus on his protagonist’s world-weary face. The result is an uncomfortable emotional intimacy, even as Sharad doesn’t really verbalise much of his internal frustration at his slow-going progress.

The director has the confidence to often linger on the singing with a single, locked-off shot for minutes at a time, and though this does ultimately contribute to a slightly over-egged 127-minute runtime, it also captures a stillness that’s at first relaxing but later unsettling. 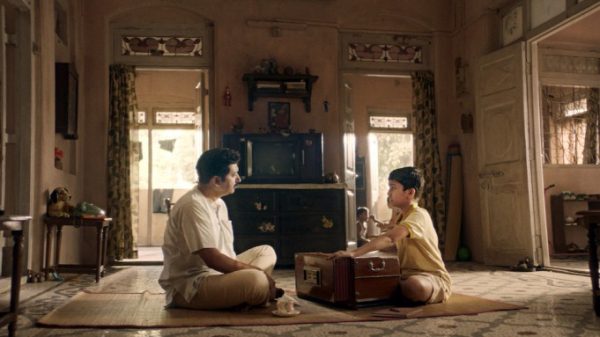 But Tamhane’s work wouldn’t amount to much without a remarkable debut performance from real-life vocalist Aditya Modak, whose wears a mask of increasingly tired anguish over the course of the film. Modak appears to put his soul on display during the spectacular, prolonged song numbers, most of which are captured in a single take and make the most of his expressive, haunted face.

If this collision of directorial restraint and smoulderingly intense lead performance make The Disciple eminently watchable even with its lurching pace, the film isn’t without a few awkwardly heavy-handed moments.

Sharad’s quest for fame is occasionally juxtaposed with a reality TV talent show contestant, whose success leads her to have any sense of individuality stripped away by the machinery of soulless commercialism. As mild satire of the reality TV commodity conveyor-belt it’s quite shallow, and feels rather at odds with an otherwise psychologically intelligent piece of work.

Though its potential greatness is blunted somewhat by its length, glacial as the pacing sometimes is, Tamhane offers up a totally unique underdog story that flees far from the typical genre tonality, and also dares to end up in a place you probably won’t see coming, culminating in a terrific final shot.

If you’re able to give yourself over to it, there’s a quiet brutality to this tale of dogmatic obsession, shot and performed with simmering intensity as it is.