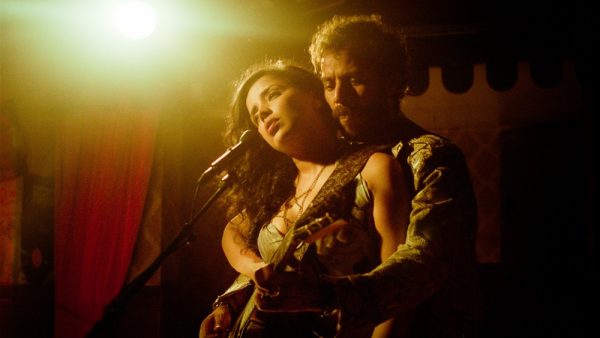 Anyone who’s seen more than a few-dozen films in their life will find plenty familiar about writer-director Ismael El Iraki’s feature debut Zanka Contact, but with its fearless – and admittedly, sometimes clumsy – tonal switch-footing and genre-hopping, it is nothing if not a bold vision.

In Casablanca, a car accident brings boozy prostitute Rajae (Khansa Batma) into the orbit of strung-out, indebted, heroin-addicted former rock star Snake Larsen (Ahmed Hammoud). The two strike up a quick-if-uneasy rapport, which becomes something more once Larsen hears Rajae sing, and believes her to be the perfect accompaniment to his guitar skills. However, this professional partnership – and potentially something more – places the pair firmly at odds with Rajae’s pimp Said (Said Bey), who isn’t quite so eager to let her go.

From that logline you’d be forgiven for assuming that Iraki’s film was a pretty straight-forward slice of genre froth, but the director dares to continually confound expectations by lithely modulating his film between the genres of “damaged musician” drama ala A Star Is Born, star-crossed romance, and even revenge thriller-cum-western.

It is certainly a film aware of genre tropes, in the very least offering up an irreverent reinvention of the “hooker with a heart of gold” cliche, even if Rajae can hardly be said to fully escape the trappings of fringe familiarity. Larsen meanwhile isn’t much of a unique character, though he might be the first screen musician struggling with sobriety ever to buy a children’s medical play-kit off the street and use part of the fake needle to inject actual heroin.

It’s tempting to consider Zanka Contact within the framework of literally decades of post-Tarantino thrillers, though to his credit, Iraki sensibly avoids pure typicality by spicing the story with a distinctly Moroccan flavour, by way of both its setting and its occasional flirtations with mysticism. An hilarious mid-film conversation, for example, sees two characters discussing whether or not original Rolling Stones frontman Brian Jones was killed by a djinn.

All in all it feels less like a pure Q.T. riff than it does a far-flung homage to the exploitation genre, which has always tended towards genre mish-mash and showing scarce concern for tonal consistency. This is ably reflected in its atmosphere, which while sporadically sexy in the “I want a shower afterwards” sort of way, is thick enough that you can practically smell the Jack Daniels and cigarette smoke coming off the screen.

What will keep many from vibing with Iraki’s work, however, is that aforementioned wandering tone, which fails to reconcile the near-sweetness of its musical and romantic elements with its characters’ backstories, especially the too-flippant reveal that Rajae was gang-raped as an adolescent.

Add in that the film features possibly the most jarring use of the Wilhelm scream in modern cinema history and a third act which devolves into quasi-western shootout territory, and you have an end product that fleets from one half-formed idea to the next. The stirring finale, however, does smartly circle back to examining the power of music. 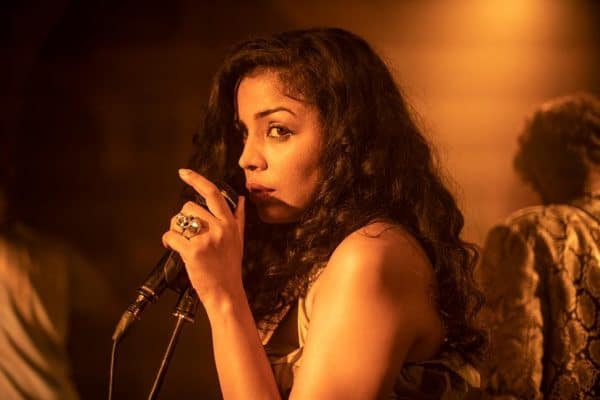 Indeed, the performances absolutely sing (sorry); Khansa Batma is both luminously alluring and palpably tortured as a woman desperate to escape her life of servitude, while Ahmed Hammoud conveys the pain of his own inability to fully perform – due to injecting heroin into his neck and wrecking his voice as a result – exceptionally well. Together they’re a fine fit, especially during the many soulful musical sequences.

As a piece of filmmaking, Zanka Contact is undeniably excessive yet not without its more subtle, accomplished moments; a scene set on both sides of a recording booth very nearly sticks out as too artful and considered for an otherwise seat-of-your-pants piece of dramatic storytelling.

But at two hours in length it definitely outstays its welcome, over-burdening itself with a naff subplot about a high-priced “John” who Rajae urinated on, and a few dream sequences too many. The musical performances do also admittedly pad out the runtime, but they at least feel necessary enough in the scope of the story and characters, and are typically among the better, more confident scenes in the film.

Iraki’s film skirts a fine line between exploitation and emancipation; a messy, no-fucks-given piece of genre-savvy work which will simply prove too messy and misshapen for many. Overlong and tonally uneven, Zanka Contact nevertheless bathes in its scuzzy appeal, and is as such far too interesting to be written off, no matter its many issues.