Scaring audiences just in time for Halloween is Gravitas Ventures’ latest feature, Don’t Look Back. The horror/thriller is currently playing in select theaters across the U.S. and is available on all VOD platforms. Helmed from Jeffrey Reddick, creator of the Final Destination franchise, the film follows Caitlin Kramer (played by Kourtney Bell) as she, and several witnesses see a man being fatally assaulted. After not intervening, they find themselves targeted by someone, or something, out for revenge. 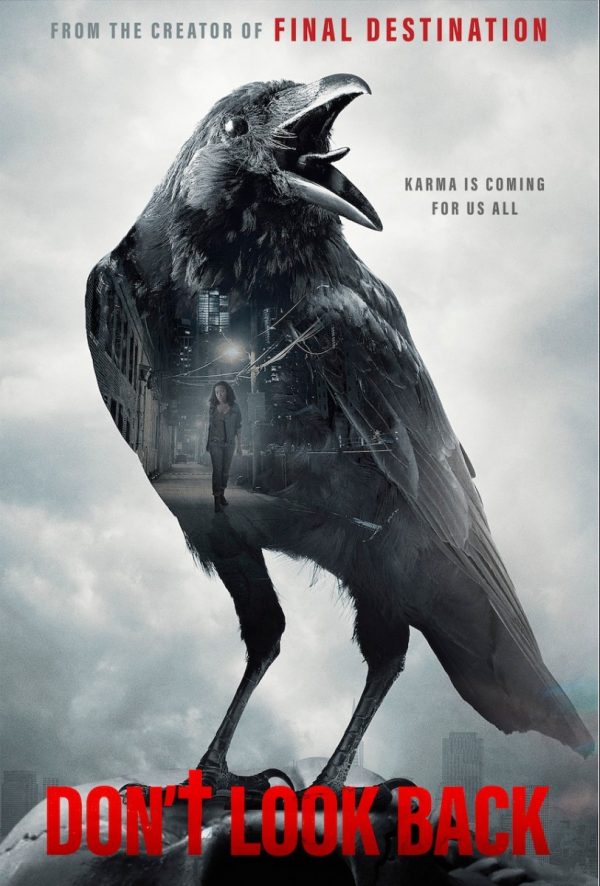 Just like Reddick, the film’s composer, Chris Thomas, has worked on his fair share of horror projects. You could say he specializes in horror and the Halloween season. Aside from scoring feature films, Thomas also creates the music for many Halloween attractions at theme parks all over the world, including ones in the U.S. and UK. In the below exclusive interview, we dive into all these topics.

What do you think is one of the most important elements in making a horror score effective?

With horror, there are a few important elements. First, holding the tension is key. You may have benign moments along the way, but there should always be something a little bit wrong or unresolved in every cue. Next, I would say a good musical motif is critical. Like the famous two-note Jaws theme, having a menacing, ever-present musical motif is important when creating connections to characters. With non-thematic scores, it’s hard to go deeper into the psychology of your characters. A good theme allows us to really “see” through their eyes.

There are many subgenres of horror. Don’t Look Back fits into the supernatural realm. Do you think that each of these subgenres has a specific sound? Or more horror in general?

It really depends on how the story is told, but I think there are generally small differences. Horror implies there might be constant terrorizing. Supernatural themes can equally fall under the thriller category (as well as drama). I remember early conversations with director Jeffrey Reddick about the movie. He didn’t want to re-make Final Destination. He was interested in developing a dark, supernatural story, mostly centered around the characters and karma. The music needed to be very psychological, not just scary all the time. This is why we took a more thematic, timeless approach to this score – with some chilling scares along the way, of course!

You visited Baton Rouge for a week while filming was going on. What did you pick up on during that week that helped shape the tone of the score?

I do this very annoying thing to all filmmakers – I won’t read the script! It’s one of my hard rules of film scoring. If I read a script, then I’ll imagine the whole movie in my head. Even the music. The problem is a filmmaker will never make the same movie you imagine in your head. Instead, I look for tangible elements that send me in the right direction. The look of the set, the rhythm in a scene, the depth of the shots are useful starting points for me. Later, these details are still relevant in the edit once the film is assembled. 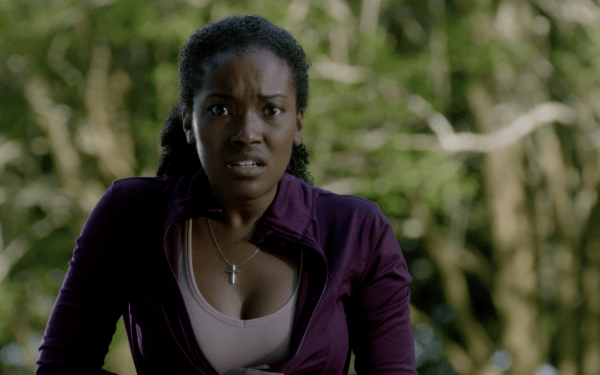 Did you watch any other films before starting work on Don’t Look Back to get inspiration?

Actually, I do the opposite. I try to wait until I can see a full edit of the movie before scoring. It helps my process to be as surprised as the audience will be upon viewing. When watching the first edit, I really try to pin down the sounds, rhythm, pacing and main melodies in the film. Additionally, hammering the insides of a piano and altering human voices were sounds we liked against picture. There’s a lot of that through the score as well.

Jeffrey Reddick is the director of Don’t Look Back. What direction did he give you about how he wanted the score to sound?

A lot of very good direction! He wanted to go for a more timeless, melodic soundtrack. Rather than just focusing on atmospheric, horror noises we opted for sweeping melodies with a classic feel. We have plenty of spooky moments and stingers, but the score is always driven by themes for things you can see…and some things you can’t see.

The film came out last week. What was the most surprising thing you have seen people say about the score or film in general?

So far, I’ve been surprised at how well the score has been received. Several reviews took note of the score, quite positively so. Jeffrey succeeded in departing from the style of Final Destination. This film is really about the characters, personal struggle, and unseen forces. That said, lots of people loved this evolution…yet some just wanted Final Destination all over again. I guess we can’t win them all.

We heard that you sometimes like to go to junkyards to find unique objects that create sounds. What is the craziest object you have found there and incorporated into your scores?

I’ve discovered so many strange and terrifying things on junkyard recording trips. One of my favorites is an old soviet missile shell. The shell is still sitting there to this day (near Sylmar). It’s always a bit unnerving when taking a hammer to it, but that disgruntled sound is so worth it! 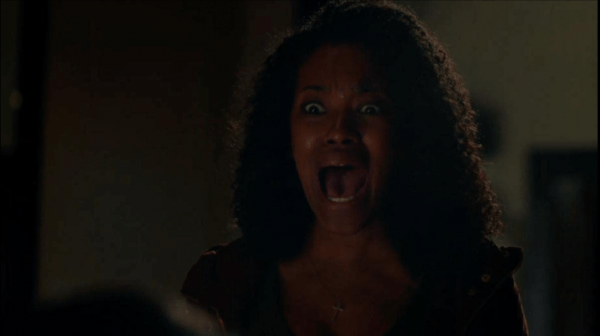 You scored a short back in 2008 called Pandemic, which is very relevant to what’s happening today. Has there been a new wave of people discovering this movie again?

Oh my goodness, that’s right. I met a passionate, student filmmaker whose obsession with cinema was something I could relate to. I wanted to help out on his film. His dad is a physician, and explained the most likely and immediate threat to humanity would be a pandemic. Wow, was he right! I’m curious to see if that film is finding a new life in 2020?

Indeed, there are a few differences. I’ve noticed in the UK that attractions don’t aim for gigantic, gory scares so often. The focus is on backstories and theatricality in their productions (perhaps this is innate to the British). These scores are often dark and gothic – connecting characters by way of themes and dramatic overtures. In the USA, we aim to shock and horrify you in the most extreme ways imaginable. Half of every score here is bombastic, laced with ear-shredding sound FX. Of course, it can go both ways. Some of my favorite scares have been in the UK, and some of my favorite gothic scenes have been here in the US.

You have released a lot of your Halloween music, is there one in particular audiences should listen to?

It’s hard picking favorite children, but there is one track I’ve always found the most delightfully disturbing. The Cookie Monster Song (from my Souls of Darkness album) was written for a scene in Nightmare NYC. In this scene, you encounter a serial killer who believes he is literally the Cookie Monster (based on a real-life psychopath who thought the same). I wanted to score the scene as if you were hearing the same broken down, terrifying kiddie-show theme song playing in his head. My lyricist, Nikki Muller, took this idea and applied the brilliantly terrifying lyrics you hear in the song now. I don’t recommend playing this track near children – we did a live performance once at a Halloween show, and dozens of crying children had to leave the concert.

The Don’t Look Back score is available now via iTunes and you can listen to more of Chris’s Halloween music here.