Kabam has announced that Cosmic Ghost Rider has rolled into The Battlerealm in the latest character update for Marvel Contest of Champions. 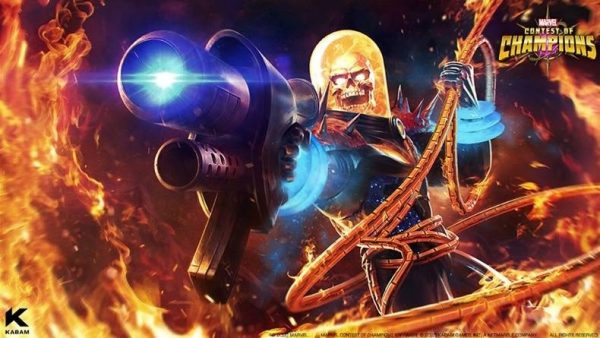 During Earth’s last stand against Thanos, The Punisher, Frank Castle, was struck and killed. A lifetime of killing saw his soul sent to Hell, and a deal struck with Mephisto saw him to become the latest Ghost Rider. But by the time he returned to Earth, everything was dead, and Thanos was gone. After endless years alone, Ghost Rider was found by Galactus, who agreed to make him his Herald in exchange for being allowed to devour Earth. And so he became the Cosmic Ghost Rider, and a Herald of Galactus.

Marvel Contest of Champions is available now on Android and iOS.