Currently in pre-production on the Ezra Miller Tim Roth double header Dali Land, Mary Harron is a writer-director with bite. Her insight and sardonic take on American Psycho which turns twenty this year, is hailed in the industry as a landmark movie. Since I Shot Andy Warhol this directorial force of nature has carved her own furrow with projects including The Notorious Bettie Page and Charlie Says featuring a demonic Matt Smith.

Stints in television also periodically pepper her resume with singular episodes of the superior Constantine, Six Feet Under and Graceland. It is this inherent versatility which makes Mary Harron one of the most innovative writer directors working today, making her the perfect fit for Quibi’s The Expecting. A journey of discovery for Emma (AnnaSophia Robb) which combines the director’s love of abstract psychological thrillers with an episodic small screen structure. She recently took time out to talk to Martin Carr about her involvement in the project and why this particular tale was worth telling. 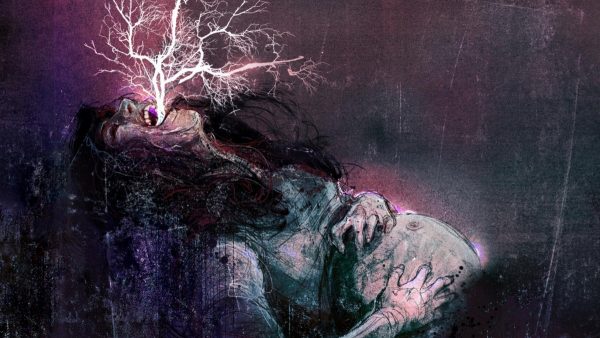 AnnaSophia Robb said she created a unique working relationship with you during this project, what did she bring to the table for you?

She was very dedicated and focused.  We went through the script in great detail, discussing every scene.  In the process she created a backstory for Emma, filling in what had happened in her earlier life, which I think really helped her to bring the character to life. She was also very involved in creating the physical look, finding photos for the hair and the clothes and then going to thrift stores with the costume designer to find the style she wanted.

Both Rory Culkin and AnnaSophia seem like really unique casting choices for The Expecting, what made them so well suited?

Rory is brilliant at playing ambiguity. He’s gives very subtle variations in his performance so you never could never be quite sure where Tyler was coming from.  That gave AnnaSophia a lot to play off, because she is in a world of uncertainty where she doesn’t know if she is going crazy or the victim of some kind of conspiracy.

From your perspective to what is extent is the character of Emma a victim of circumstance?

She is the product of a very damaged family, with her mother’s death and her father’s addictions and their poverty.  She wanted to go to art school but couldn’t afford it, so she is the victim of bad circumstance. However, there are moments in the show where you wonder if she is being paranoid and whether she has imagined that something terrible happened to her in the woods – you have to see the whole series to decide what you think is true! 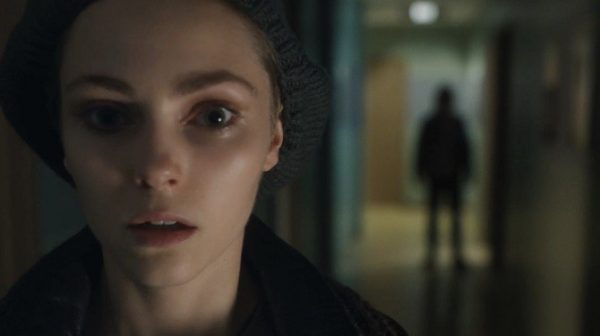 What creative challenges did you face working with the Quibi format?

We always had to make sure we had a vertical and a horizontal version in every take, but it wasn’t that hard to achieve.

The Expecting feels simultaneously intimate yet seemingly keeps its audience at a distance. To what extent was that intentional?

I didn’t think of it that way but I think some of the shooting, like the big swopping crane shots create that effect.  We wanted the show to have a dark fairy tale feel at times, which creates that feeling of distance, I think.

In your opinion how do the voyeuristic tendencies of this format lend themselves to darker material?

I think the horror series have been very effective on Quibi – but I’m not sure if that’s because of the format or because the short chapters work well with shows that have a lot of suspense.

AnnaSophia described Emma as a survivor. To what extent would you agree with that statement?

I absolutely agree. One of the things I love about Emma is her toughness and AnnaSophia’s performance really brought that out. You see that very strongly in the later episodes – there is a point where she turns from being a victim to someone who really wants to fight back. 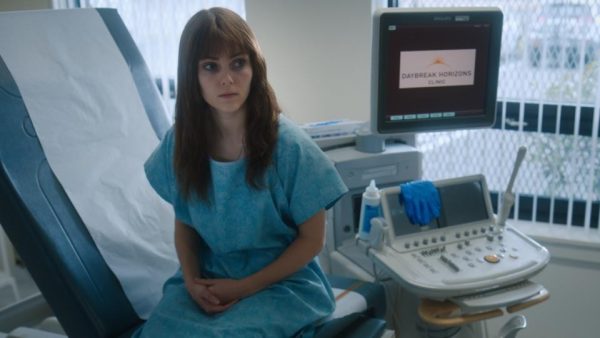 What are your key considerations you weigh up before signing on to any project?

That the script excites me. If it gets my imagination working and I start to see a film in my head as I’m reading, I know it’s worth doing.

Cooking, maybe going for a walk or swimming, and being with family.

Many thanks to Mary Harron for taking the time for this interview.

The Expecting is available exclusively on Quibi now.