Waking up before the sunrises in the US is only worth it if you can interview someone like writer/director Rose Glass. The U.K.-based filmmaker beams with joy and seems so excited to speak about her wonderful debut film. During our chat about Saint Maud, Glass opened up about her relationship to the horror genre, how Joan of Arc inspired this story, and what’s next for her as a filmmaker. Check it out below:

While I’m sure any filmmaker would want a different circumstance for this, we are just days away from your film debuting. How do you feel about that? Are you nervous? Are you excited? Especially in your hometown, as well?

I don’t really know what I feel anymore; to be honest, everything’s so weird at the moment, on every level. And obviously, in terms of the film, in terms of the Maud stuff, in many ways, it’s going incredibly, and the feedback we’ve started getting is quite overwhelming. Mostly overwhelmed, mind boggled, excited, haven’t processed any of it.

I will say watching this; you checked off so many boxes as a film fan. It’s a religious film. It’s about pious humans, also a female-led horror story. I’m going to go to the first thing. What made you want to tackle a religious horror film specifically? There’s a few of them out there, but nothing quite like Saint Maud.

I don’t know. I think it just must have come naturally. It’s weird because I’m not a religious person, and I think I didn’t start to realize it was something that I was even interested in until…I don’t know my 20s at some point because I was baptized and went to a Catholic school, and there were nuns around, and my dad’s dad was a vicar. So, Christianity was just very familiar. It was never forced on me or anything, but it was just always around. So I reckon probably a lot of this stuff subconsciously seeped in. And then I think with a bit of space; you can look back at religion more objectively. You suddenly realize, “Oh, that stuff was weird,” with the little stuff you would do the whole time.

The initial idea that I came up with was a young woman who hears God’s voice in her head and falls in love with him originally. I didn’t write the script that way, but the initial idea would be two-handed between this voice. And at first, I hadn’t really interrogated whether or not the voice actually is God or whether it’s a delusion or anything like that. And as I started picking into that set up a bit more obviously, then those kinds of questions become a bit more prominent, like “what’s really going on here?” The whole crossover between religion and mental health, I guess psychosis seemed intriguing territory to me. And obviously, maybe like a delicate one to pick into. I think obviously, religion and mental health are separate things.

But I like to think that Saint Maud looks at the Venn diagram crossover between the two things. And then it just started with the idea if someone like Joan of Arc had existed now, she probably would have had a very different reception to what she did back then, but probably the experience in her head would have been the thing. 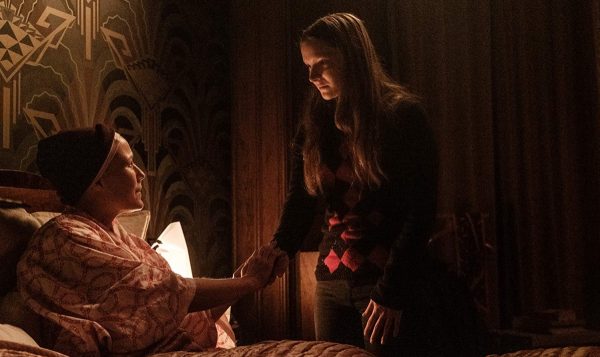 That’s fascinating. As you do with any film, you make your own interpretations. I would never have gone to the Joan of Arc side of that. That is such a compelling story for this.

Going to your script process, I really adored Maud and Amanda’s relationship, no matter how complicated it is. When you were writing it, did you expect the energy coming, or was that something you noticed on set with your actors that was just so fiery?

I mean, there needed to be something actually there. There needed to be some kind of actual connection between the two of them. Otherwise, we’d just be like, “What’s Maud facing this conviction on?” You needed to buy into her obsession with Amanda. I don’t think it’s quite reciprocated the same way from Amanda’s perspective. I think in my head, Amanda likes Maud and thinks she’s an interesting oddball and quite cute and is flattered by her adoration, what I think. But the chemistry between the two of them is phenomenal and such a relief because we cast them; I’d never seen them together before until we were shooting.

Jennifer (who plays Amanda), we only managed to get her over to England three days before we started shooting. And before then, I’d had one phone call with her because obviously we just offered her the role and I knew she’s an amazing actor and that she’d be great for the role, but I didn’t know her at all, and I’d never seen the two of them on screen together. Yeah, so that was all a bit of a leap into the unknown, but fortunately seemed to work out great. I think they’d worked really well together. 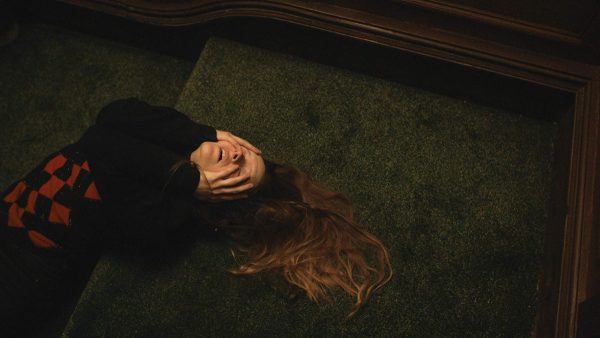 I was looking at some of your early interviews and stuff. You talked about playing with film and camera as early as a teenager. Was it always horror, or was that something stumbled upon? What is your background with horror films?

I stumbled on the horror thing, to be honest. Even at the beginning of Maud, I kind of… I mean, even now in my head, I think of Maud as a fucked up character study. It definitely became a horror film, but in terms of what I set out, being interested in making, it was more that. Then horror turned out to be the best way to realize it.

I’ve definitely always been attracted to, and a fan of less classic horror films, more just like, “What the fuck did I just watch,” kind of films. So maybe that more specifically than horror. But in terms of the stuff I was making, it wasn’t…was it horror? No, it’s more weird. I think I’ve made lots of weird rubbish as a teenager. Me and one of my sisters and one or two school friends, over the course of most of our teens, we were doing a Harry Potter piss-take parody. Filming just bits of it every week or so. So our haircuts are changing from scene to scene because we aged from 13 to 16. We were playing all the characters with the wigs on and stuff and editing it in-camera. So it was all really silly.

I was really obsessed with Shaun of the Dead when that came out in the cinema because I don’t know, I can’t remember how old I was. But again, early teens, 13 or something. And that was the first time I remember seeing proper gore in the cinema with other people. And obviously, that’s very much a comedy as well, but I think that feeling, hearing people laughing and being shocked, I think must’ve made an impression on me.

Now I have one final question for you. What is next for Rose Glass? I know any artist is always working on something else, but do you have another film cooking over there?

Yeah, I’m working on a couple of different scripts. I’m co-writing something at the moment with a friend I went to film school with. But I’ll be directing, but we’re co-writing it. I was saying I should say it’s a rom-com, which it kind of is. But I don’t know, fucked up romance of some kind. I don’t know. I just really want to make another movie now. It was so much fun making this one. Writing was stressful, but now that we’ve actually done it, it was just, it was awesome. I want to keep surprising people, hopefully. That’s the most fun aspect of this. 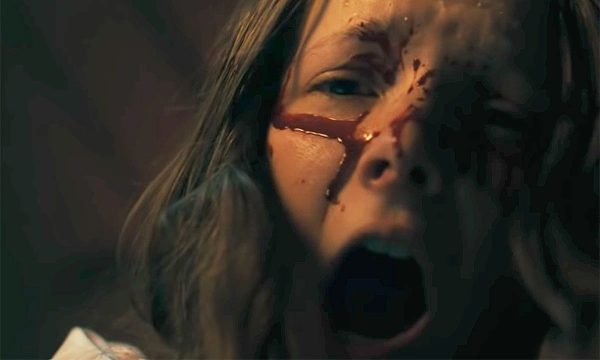 I think calling it a fucked up rom-com will get people intrigued for sure.

There you go. I know it’s that kind of thing.

Well, thank you so much for speaking with me. It was a lovely time.

You too. Thanks for getting up for pre-five in the morning. Really appreciate it.