George Nash speaks with filmmaker Yemi Bamiro about his debut feature documentary One Man and His Shoes, which is screening at this year’s London Film Festival… 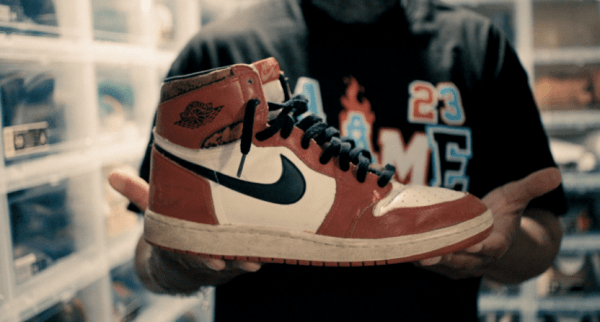 After The Last Dance, the recent 10-part series documenting arguably sporting history’s most feted dynasty, the 1990s Chicago Bulls, one might presume we know all there is to know about their talismanic star, Michael Jordan.

One Man and His Shoes, South London filmmaker Yemi Bamiro’s deep-dive into the legacy of the Air Jordan, suggests otherwise. While its release, coming just six months after the Netflix/ESPN co-produced behemoth, is serendipitous timing, Bamiro’s independent debut feature makes for an intriguing companion piece. It might not have the hefty production budget or seemingly unbridled level of access, but One Man and His Shoes, taking a warts-and-all approach to the cultural and commercial phenomena of the iconic sports sneaker, goes to places The Last Dance never quite dares.

With One Man and His Shoes playing at this year’s London Film Festival, Bamiro jumped on a video chat with Flickering Myth to talk sneaker culture, the challenges of making an independent feature and trying to get Spike Lee on camera.

Your background has primarily been in television—what was it about this particular story that made you want to explore it in a longer form feature?

I had been thinking about making a longer form project for a while, and I knew that it would be important to focus on ideas that I was naturally interested in because I was conscious that I would have to live with these ideas for a long time. It couldn’t simply be a half-interest. It had to be both feet in, fully committed.

So, I started to think about Air Jordans. I’d seen films about sneaker culture, movies about certain brands, but it was specifically the Air Jordan phenomenon that I wanted to explore and dissect. 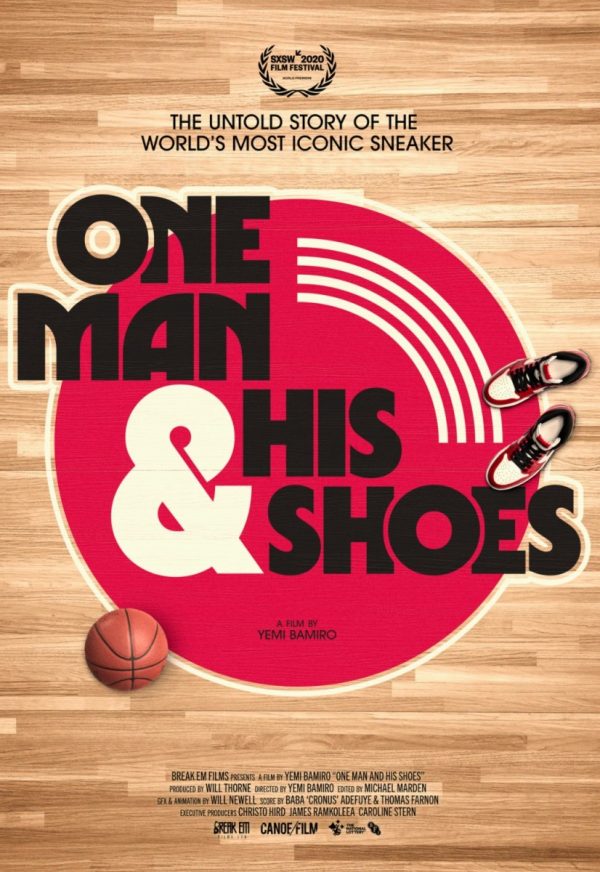 I believe the film began as a project on Air Jordan collectors. At what point did this change? Was there a specific moment or was it more of a gradual evolution?

I’d say it was more of a gradual transition. Like I said, I’d previously seen projects about the wider sneaker culture, as well as explorations into shoe brand collectors, but never anything that profiled Air Jordan collectors specifically. So, I began to make that film.

However, deep down, I think I always knew that I was going to need something more in order to sustain a long-form narrative. In all honesty, I wasn’t sure how interesting an 85-minute film about Air Jordan collectors was going to be.

But I’d decided to ignore that little voice in my head until I could ignore it no more. Needless to say, that voice got louder and louder, and, at that point, I’d already started to think about this sweeping, more intriguing origin story of the partnership between Nike and Michael Jordan, which the collectors became a by-product of.

As I understand it, this was a 7-year project. What were the challenges you faced in getting the film made?

When you break it down, essentially this film was made by three people, without the backing of a production company. It was just me, the producers, Will [Thorne] and Michael [Marden], who is also the editor. We all share a background in television, and so we were having to make this film inbetween our TV work. We’d go off, shoot something for TV and then pool our money to go over to America to film.

In that respect, funding quickly became the biggest obstacle to overcome. Filming an independent film, in another country, on another continent is about as challenging as it gets. I know that’s something a lot of independent filmmakers can relate to. 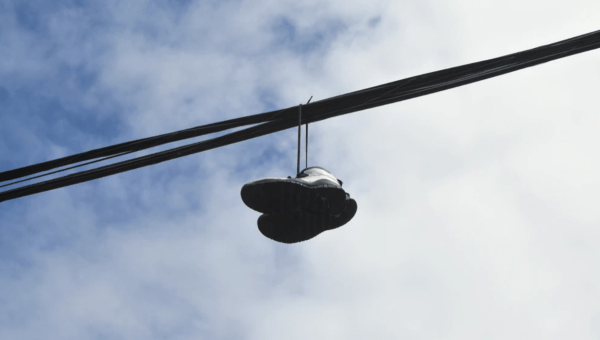 Two notable absentees from the talking-head segments of the film are Spike Lee and Jordan himself—who both feature heavily throughout. Was there any attempt to get either of them on camera? And, actually, if you had done, do you think it would have changed the film in any way?

I never even entertained the idea of getting Michael Jordan. From the start, I was clear in my mind that we didn’t necessarily need him. The film isn’t really about him. And, besides, we would never get him, anyway! I do think it would have changed the film, so I parked that idea. In fact, I wouldn’t even call it an idea. It was never something that I ever really considered.

But Spike Lee? Yeah, we tried. We desperately wanted to get Spike in the film, because you could argue that the Jordan brand was built off the back of the ‘Spike and Mike’ commercials and the prominence of the Air Jordan sneaker in his early work, like She’s Gotta Have It and Do the Right Thing.

It was always going to be tough, of course. We were just some random guys from South London. In hindsight, though, I don’t think the film misses him too much because his presence is felt quite heavily throughout, and you understand his contribution to the Air Jordan phenomenon without the need for his input. But, of course, it would have been amazing to have someone like Spike involved in the project.

I would like to talk a little about the film’s distinctive visual style. The animation that punctuates the piece nicely offsets the more familiar talking-head approach. You’re also a photographer, so was that something you always planned to include?

Yeah, we knew from a very early stage that we wanted to have that graphic element. While we were outlining how we were going to turn this into a feature, I actually put together a 9-minute short film with the sole purpose of showing people what the visual language of the finished piece would be.

We wanted the film to have a personality, a pace, a rhythm that sat in tandem with the story we were documenting. We wanted the visual style, and, ultimately, the visual shift, to be a reflection of the tonal shift that occurs in the third act of the film. 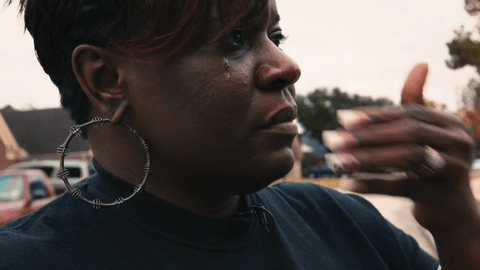 Expanding on that rather striking tonal shift, in the case of Dazie Williams, whose son, Joshua Woods, was murdered in 2013 for his pair of Air Jordans, how did you ensure that her story came across in a considerate yet compelling way?

We took a long time trying to get the film right tonally. We knew all the way through that we wanted to present the legacy of the Air Jordan sneaker as objectively as possible—warts and all. We wanted to show this phenomenon, how clever and how incredible Nike were with their marketing, and how important and influential Michael Jordan was, both on and off the basketball court.

But we also wanted to show the darker side of the story—the by-product of all of this, so to speak. And, sadly, that takes the form of these tragic, senseless crimes: crimes motivated by this burning desire to own a pair of branded sneakers.

Dazie is such a strong, courageous woman. When we met her, she had already set up a charity called ‘Life Over Fashion’, with the aim of raising awareness of the issues surrounding her son’s murder. In handling her case, therefore, we felt it paramount to help continue that objective by, firstly, presenting all the facts before then going about fitting them into the wider narrative we were trying to tell. In turn, our hope was to also make more people aware that these crimes really do occur and the devastating impact they have.

And, finally, this multi-faceted story, in the end, shows how the legacy of the Air Jordan means different things to different people. Over the course of making this film, did you find that your own opinions changed?

I don’t think it changed all that much, to be honest. I had always been aware of what this brand was and what it meant to people. In speaking with the architects behind it all, the likes of Peter Moore, Sonny Vaccaro, David Falk, Jim Riswold—the key players who were indirectly-yet-directly responsible for this phenomenon—it actually confirmed a lot of my preconceptions. I wasn’t necessarily surprised by what our contributors said. I was more interested in the intricacies of how this all happened. It was those things that I was surprised about: the mechanics that were in place at the time that enabled Michael Jordan to be the most marketable man in sport’s history.

One Man and His Shoes is released in cinemas on 23 October and On Demand from 26 October.