One of entertainment’s biggest franchises is set to end. Deadline reports Universal Pictures has not only greenlit two more Fast & Furious films, but will conclude the series with the tenth and eleventh installments to be directed by returning director Justin Lin.

The final two films of the franchise will likely be shot in back-to-back productions to tell one big, epic finale similar to Marvel Studio’s Avengers: Infinity War and Endgame. The ninth film in the franchise, F9, was to be released in April of this year but was delayed to May next year due to the ongoing worldwide health crisis. The final two films will likely see the core cast of Vin Diesel, Michelle Rodriguez, Tyrese Gibson, Chris ‘Ludacris’ Bridges, Jordana Brewster, Nathalie Emmanuel and Sung Kang reunite for their swan song.

This will mark Lin’s seventh and eighth entires in the franchise. He previously directed The Fast and The Furious: Tokyo Drift onward until Fast and Furious 6 and has returned for F9. During his time as director, he oversaw the franchise’s turn from being primarily about drag races and high-speed heists to one of international super-spies with near world-ending stakes.

The franchise began in 2001 and together the films have made over $5 billion and even made a spin-off, Fast & Furious Presents: Hobbs & Show which followed Dwayne Johnson’s Luke Hobbs and Jason Statham’s Deckard Shaw in their own adventure. Paul Walker was one of the main faces of the series alongside diesel as former FBI agent Brian O’Connor until his untimely passing in a car accident during production for Furious 7, Despite his absence, Walker’s legacy within the films has continued with Diesel’s Dominic Torretto naming his son after Brian in the most recent film. 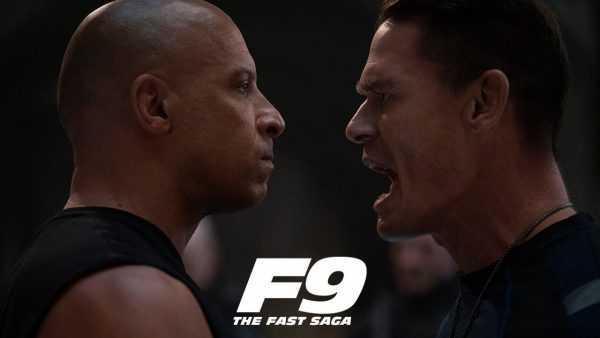 F9 will see Charlize Theron returning as  the villain Cipher while introducing John Cena’s Jakob Torreto, the long-lost brother to Dom and Mia. It will be released on May 28, 2021.