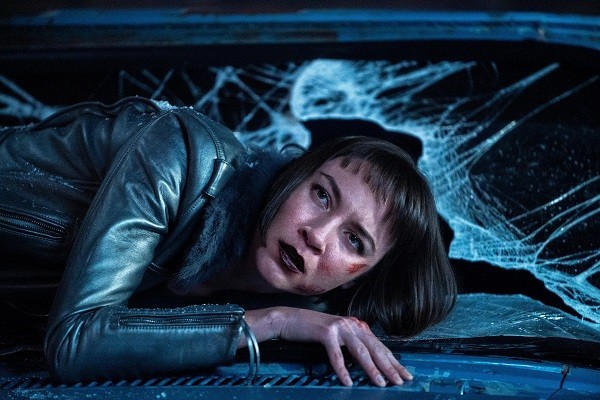 This is an episode of bonding. Over past memories, over regrettable choices and in the midst of escaped inmates and rampaging demons. Welcome to the world of Helstrom perpetually defined by broken homes, broken marriages and random possessions. Locked down, locked in and chasing after a skull seems to be the order of business as the siblings find themselves separated.

Daimon and Gabriella are investigating the hospital of bedridden human cocoons, sedated specimens and questionable ethics, while things get interesting at the institute. Ana, Hastings and Victoria share some quality time while Chris Yen continues rotting in a cell. Our demonic paternal influence is busy killing off any threats, recruiting assailants to accost his family and coming on like the big bad we know him to be.

In terms of narrative progression ‘Leviathan’ fails to move things along very much, but rather relies on power cuts and nifty digital effects to distract its audience. We learn a little more about Chris Yen and Ana but beyond that collectively this ensemble look pissed off. Navel gazing, emotional character beats and anything approaching subtlety are mostly jettisoned in favour of momentum. Only Ana and Victoria have a few minutes of family time before the biggest uninvited guest imaginable gate crashes their party. 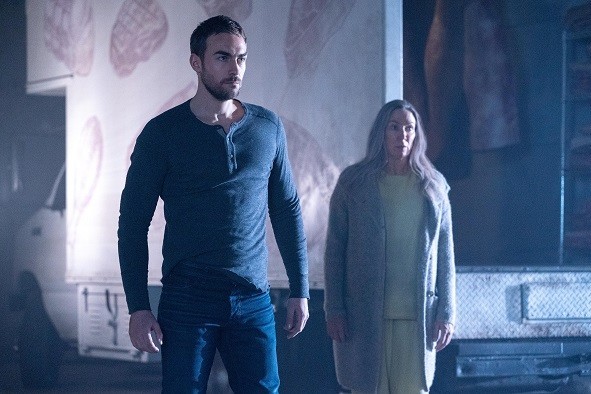 Taker is conspicuously absent without leave, Doctor Hastings gets little to do apart from stand around looking worried while that big reveal resembles an alien hybrid. Effects wise we get to see the meat and potatoes of Spivey, as he morphs into something altogether more unpleasant. To a large extent ‘Leviathan’ feels like filler with only one or two stand out moments. There is the closing set piece but that only opens up more questions than it answers, leaving our sibling duo stranded come those end credits.

From a structural perspective you have to wonder how they are going to make this stretch across another four hours of television. Family friction, sinister institutes and solid performances can only get you so far without an engaging narrative. What we need at this point is a substantial plot twist to reinvest, hunker down and see where that end of season finale leaves us. Ideally, this being a Marvel production, some way of expanding things out to include a familiar character from the franchise might inject a large enough curve ball. Aficionados of this particular dark recess from the Marvel universe might already be piecing things together, but for a novice it looks sparse. From a story telling point of view let’s just say we have reached the end of round one.