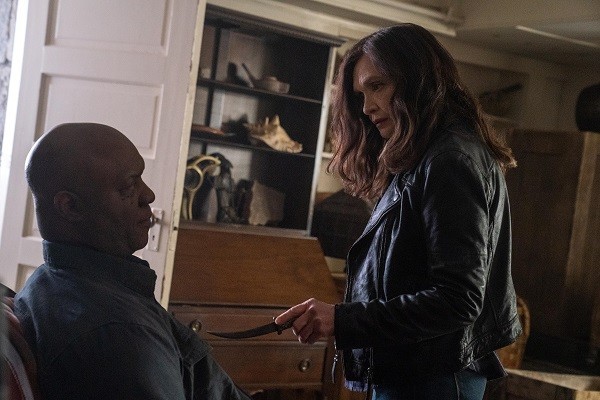 This family get off on hurting each other with impunity. Words as weapons sharper than knives penetrate the psyche of these siblings, who are never happier than when they are tearing strips off each other. Friction, confrontation and ritualistic torture are rife in an episode which deals in flashbacks, relationship ructions and a wee bit of bloodletting. Allegiances are under question, a demonic incubus is being nursed in some dingy lock up and our protagonists trade war stories.

Much of’ Scars’ is focused on Chris and Ana as they both battle with personal issues. Ana is trying to satisfy this latent urge which drives her, while her work colleague continues recovering from an inconvenient possession. This comes out in questionable people skills and a disregard for family safety. Sydney Lemmon and Alain Yu have established a solid on screen chemistry allowing for some intriguing character moments, while the introduction of a third party only makes things more interesting.

In the meantime Daimon and Gabriella are being drawn together as she shares a childhood memory and he laments the loss of his mother. Much of this screen time is taken up with broody glances and lashings of self-pity, as he resigns himself to bearing the burden himself. This martyr’s approach does little to ingratiate him to audiences and in fact makes Ana more relatable. Kidnapping at knife point is also a bone of contention for caretaker as The Blood are looking for their pound of flesh. 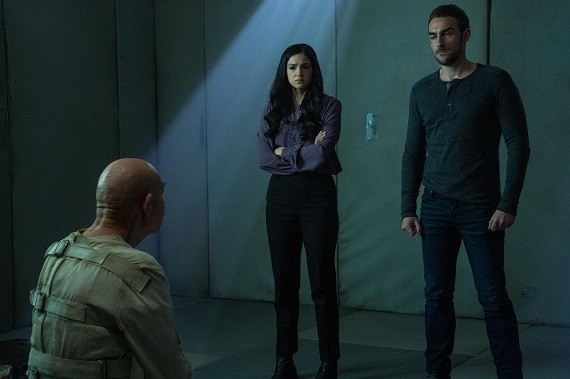 Some back and forth trash talk does little to push the plot along, while distractions in the form of Victoria tending a human stump somewhere secret only pads things out. People catching fire, projectile power moves and sacrificial knives figure highly in the endgame of this episode, but fail to engage as successfully as before. Cliff hanger symbols scrawled in blood on basement walls by a human husk is less enthralling than harsh words exchanged between or central siblings.

If the personal conflict, intermittent visions and oceans of guilt were combined with these two finally losing their shit, then Helstrom might yet get its mojo back. What needs to happen in the remaining three episodes is a deeper exploration of those ‘Scars’, combined with a tangible threat which fails to resemble the underground freedom fighter from Total Recall circa 1990.