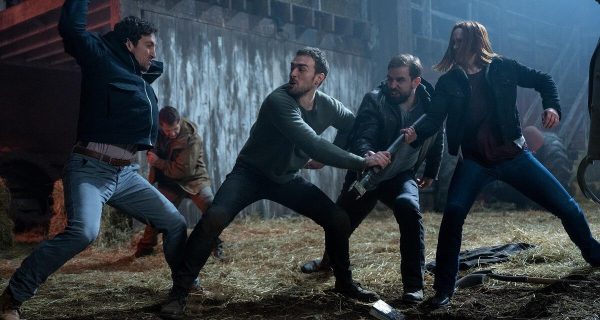 Trying to take down a Helstrom is never the best idea. Repercussions from a run in with Daimon cause ripple effects which are felt throughout episode eight. Moments of revelation, reconciliation and demonic possession run hand in hand as the siblings get closer to releasing Victoria. Old relationships are renewed, memories dredged from childhood and it seems people are still intent on taking down our troubled twosome.

With suggestions that The Church might be in collusion with this secret sect of Helstrom hunters, story is split evenly between Ana, Hastings, Daimon and Gabriella. Elizabeth Marvel’s Victoria still feels side lined and fills her time being used as a demonic mouthpiece. Any and all action is left for the remaining four who are either running, reminiscing or letting their powers make conversation. There is a degree of navel gazing, an ancient weaponry action set piece and some unexpected tears.

Damion and Gabriella finally seal the deal while Hastings comes clean to Ana about her diagnosis. However, everything is business as usual until the final five minutes when audiences are thrown a curve ball. Nothing particularly unexpected but at least a left field narrative choice with legs which may have some long term repercussions. This moment finally undermines our anti-heroes, lays the groundwork for a VFX shit storm of mammoth proportions and gives Ana something to contend with. 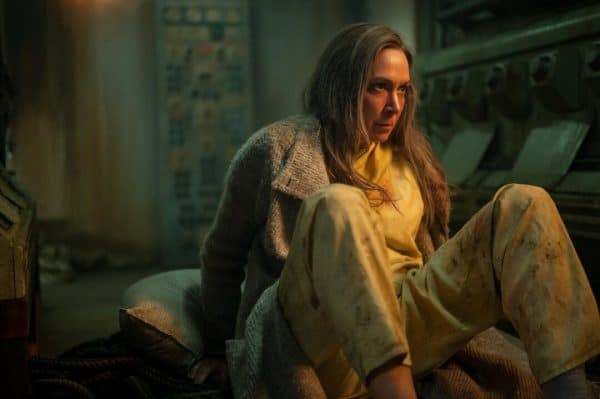 In the final two episodes of this first season audiences unfamiliar with Helstrom, are potentially going to understand where fans are coming from. When your opening gambit describes you both as the siblings of Satan that has to imply a certain degree of world ending power. Moral conflict and personal guilt have kept this brother and sister in check for almost seven hours of screen time. Parental neglect, psychological scarring and a mass murdering father figure have laid the foundations for hell to be unleashed. With a little over ninety minutes left its time to make good on those promises and offer up a genuinely disturbing snapshot of what the youngsters are capable of.

It is time to bury redemption a shallow grave and pack that earth down tight. Let belief systems be damned and those of faith be genuinely challenged by the events that unfold. All the pieces are in place and finally an advantage has fallen to darkness. Hopefully Hulu has the balls to embrace this concept and made a second season worth the investment.