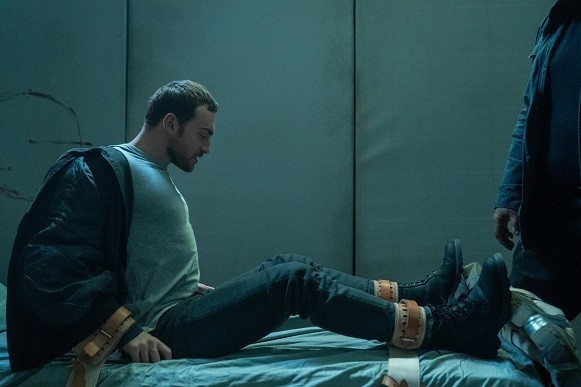 If this penultimate episode is anything to go by then allegiances are still divided. Possession is nine tenths of the law, but for Helstrom family members you might be inclined to increase that percentage. Body swopping, perpetual host exchange and moments of DIY surgery are just par for the course. Deceptions are also something which this clan seems to hold dear, considering how fluid they are with things like the truth. Carrying more skeletons in collective closets than most Victorian cemeteries Damion, Ana and Victoria almost deserve each other.

Beyond the merciful suffocations, casual strangulations and siblings trying to fillet each other, episode nine turns out to be a pre-watershed doozy. Taker miraculously escapes his captors, swears love and loyalty to Hastings and then leaves Ana with the equivalent of a letter opener to fight a demon. Gabriella goes from a vessel for the Vatican to carrying something considerably worse, while Daimon is temporarily unavailable due to an uninvited guest. Between immaculate conceptions and secret sects creeping through shrubs at two in the morning ‘Vessels’ proves diverting.

With the promise that things were going to turn medieval before we hit the end credits, it is nice to know that Hulu at least met audiences half way. Tom Austen gets to give Damion his best hell fire make over and pull off some seriously embittered howls of contrition. Elsewhere Sydney Lemmon allows Ana to get as close to emotional as possible, while Alain Yu deals with interior colours and eyeball surprise. 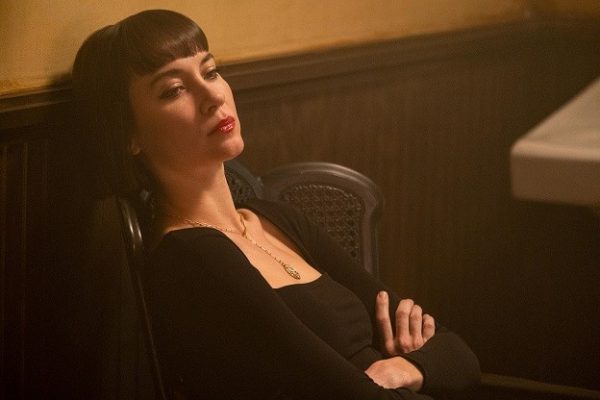 With Gabriella going from svelte and slender to full term and vomiting in under twenty minutes, Ariana Guerra also has her work cut out. Lifting liberally from the Polanski classic which is also referenced in case people missed it, this plot device lacks subtlety but definitely gets things moving. In the blink of an eye Helstrom turns from padded cells and sibling rivalry into a late night siege scenario. Pregnant nuns brandishing kitchen knives and murderous interlopers keep interesting until that closing cliff hanger.

For a majority of season one Helstrom has been about battling personal demons. Guilt and the after effects of sustained trauma have been examined in detail, whilst being thinly veiled as entertainment. It has worked hard to make unsavoury characters into people an audience can root for and to a degree has succeeded. As the conclusion approaches however you have to wonder whether a little more darkness would have helped.

There is potential for Ana and Daimon in the hands of these actors, who have done solid work in bringing them to life. Unfortunately a number of exposition heavy episodes have lost Helstrom momentum, while hints of danger rather than full blown examples have left it vaguely underwhelming after a strong start. If it does get a second season Hulu might consider ramping things up a touch.